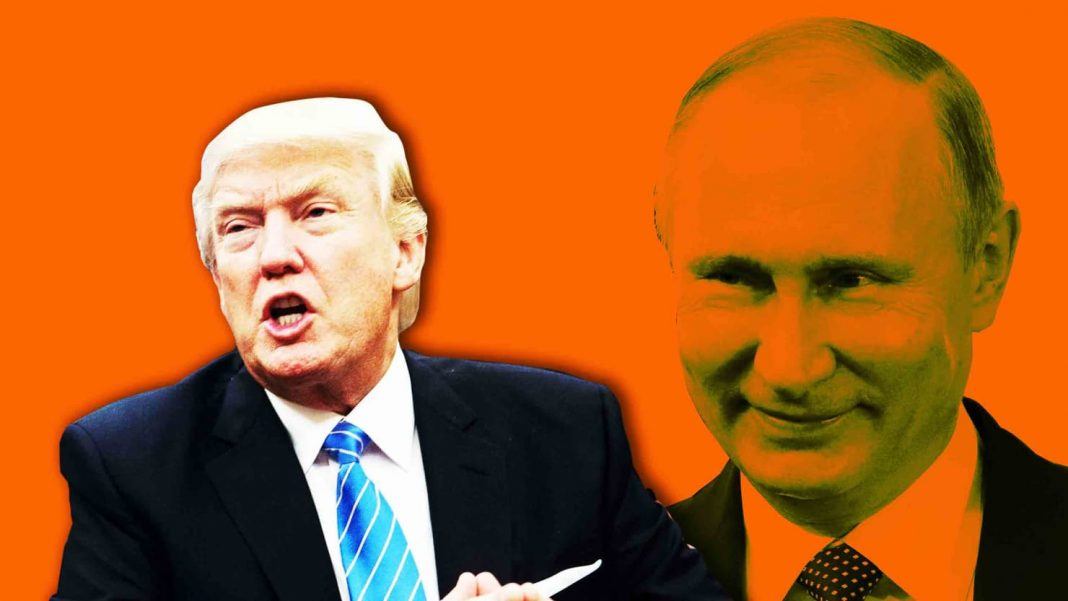 Donald Trump is making sure that America knows it’s President’s Day with a thirty percent off sale on his merchandise while using Robert Mueller‘s Russian investigation indictment to clear him from collusion.

The president blamed everyone for the Florida shooting to the Mueller indictment except Russia, of course.

If it was the GOAL of Russia to create discord, disruption and chaos within the U.S. then, with all of the Committee Hearings, Investigations and Party hatred, they have succeeded beyond their wildest dreams. They are laughing their asses off in Moscow. Get smart America!

The messages shed light on a President who has been almost entirely focused on the past — how the Russian allegations impact the legitimacy of his presidency and accusations against his 2016 campaign — and not how he will work to stop Russia from meddling in the future.

In a written statement released Friday, Trump’s prescription for combating Russia was for the country to “come together as Americans” and “stop the outlandish partisan attacks, wild and false allegations, and far-fetched theories, which only serve to further the agendas of bad actors, like Russia, and do nothing to protect the principles of our institutions.”

The statement did not detail how his administration would penalize the country for their 2016 efforts.

The weekend messages also show that there is little Trump won’t use to undercut Mueller’s investigation.

Very sad that the FBI missed all of the many signals sent out by the Florida school shooter. This is not acceptable. They are spending too much time trying to prove Russian collusion with the Trump campaign – there is no collusion. Get back to the basics and make us all proud!

“Very sad that the FBI missed all of the many signals sent out by the Florida school shooter. This is not acceptable,” he wrote. “They are spending too much time trying to prove Russian collusion with the Trump campaign – there is no collusion. Get back to the basics and make us all proud!”

General McMaster forgot to say that the results of the 2016 election were not impacted or changed by the Russians and that the only Collusion was between Russia and Crooked H, the DNC and the Dems. Remember the Dirty Dossier, Uranium, Speeches, Emails and the Podesta Company!

Trump’s reelection campaign sent out a massive email campaign over the weekend with a link to their official website featuring “45” sweatshirts, “Build the Wall” t-shirts along with those infamous “Make America Great Again” baseball caps.

“From the birth of the Father of our Country to Abraham Lincoln’s leadership that brought our divided nation back together, our country’s history is studded with many heroic leaders whom we are proud to honor this President’s Day,” the email said.

Trump has held sales before on the site during the campaign and on Black Friday before the holidays.

Proceeds from the merchandise sales go to the Trump campaign and the Republican National Committee. 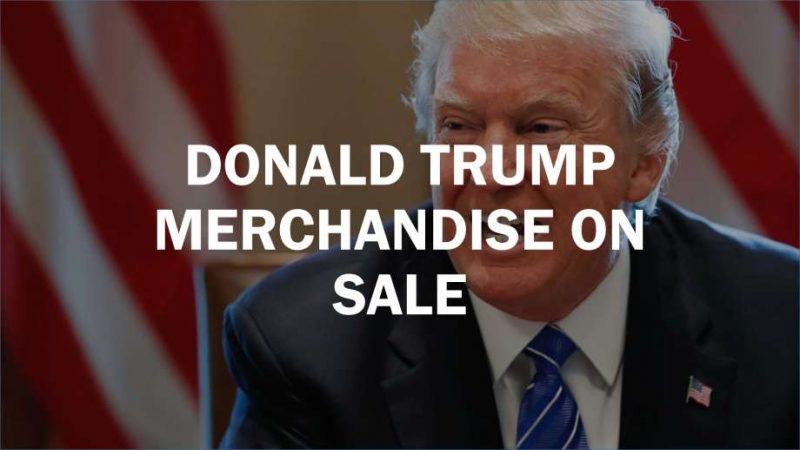 This weekend, President Donald Trump’s fired off on a range of topics, including the Obama administration’s dealings with Iran and his belief that hackers are responsible for election interference. His latest salvo on Twitter began Friday and rolled out in a series of 16 posts, peaking early Sunday morning with a tweet about Russia.

“I never said Russia did not meddle in the election, I said ‘it may be Russia, or China or another country or group, or it may be a 400 pound genius sitting in bed and playing with his computer,’” Trump posted early on Sunday morning. “The Russian ‘hoax’ was that the Trump campaign colluded with Russia — it never did!”

On Friday, Deputy Attorney General Rod Rosenstein announced that a federal grand jury had indicted 13 Russian nationals as part of special counsel Robert Mueller’s ongoing probe and charged them with fraud, conspiracy, identity theft and other crimes. According to the indictment, some of the methods the Russians used included supporting Trump’s campaign and “disparaging” then-Democratic presidential candidate Hillary Clinton.

While Trump has emphasized that his campaign did not collude with Russia, the president has never condemned Russia since his inauguration more than a year ago, and lawmakers say it’s more than concerning.

“That we don’t have a president speaking out on this issue is a horror show,” Vermont Sen. Bernie Sanders told Chuck Todd on NBC’s “Meet the Press” on Sunday. “We got to bring Democrats and Republicans together — despite the president — to go forward and protect the integrity of American democracy.”

Sanders went on to call Trump’s continued opposition to the Russia investigation “one of the weirdest things in modern American history,” and said, “people are asking what is going with this president?”

“The main point to be understood is that what everybody understands except Donald Trump is that this was not just the 2016 campaign,” Sanders said. “[The Russians] intend to do this in 2018.”

Sen. James Lankford, R-Okla., also said that the president’s current position was problematic, but he later added the Department of Homeland Security was working to secure state election systems.

Nevertheless, he said, Russia had clearly made a push to undermine American democracy with a pattern of attempted influence that stretched back to 2014.

“Russia has clearly tried to advance their agenda into the United States,” the senator said. “The president has been very adamant to say that he didn’t collude. He’s very frustrated that people seem to accuse the fact that the only reason he’s president is because of some sort of Russian collusion. But I would say the clear message here is Russia did mean to interfere in our election.”

Others in Congress also were scratching their heads on Sunday as the president continued to press against the Russia investigation.

Rep. Adam Schiff, D-Calif., the ranking member on the House Intelligence Committee, said Sunday on CNN’s “State of the Union” that Russian interference “is now overwhelming and unequivocal.” He also expressed his belief that Trump had dropped the ball in his role as president.

“It is inexplicable that the president of the United States continues to sit on sanctions that Congress passed — that Congress wants enforced against Russia over this interference,” Schiff said, referring to the Trump administration announcement released late last month.

The Mueller indictment should be enough proof to the Trump administration, Schiff said.

“It ought to put to rest, for anyone, including the president, who continues to call this a witch hunt, that the evidence is now overwhelming and unequivocal,” Schiff said.

Schiff also made an appearance in Trump’s Sunday morning tweets, as the congressman said, following the release of Friday’s indictment, that the Obama administration may not have been tough enough on the Russia’s interference during the 2016 election.

Sanders on “Meet the Press” Sunday touched on Obama’s response, as well.

“Look, Obama was in a very difficult position,” Sanders said. “He did not want to make it appear that he was favoring Hillary Clinton. Maybe he should have done more.”

Sanders’s 2016 campaign — along with Trump’s — was named in Friday’s indictment as one that the Russian nationals used to sow discord in the election system and buoy criticism of then-Democratic candidate Hillary Clinton.

Sanders said, to the best of his knowledge, no one in his campaign was interviewed in the ongoing Mueller probe, though he said they attempted to warn the Clinton campaign that something fishy was going on.

“One of our social media guys in San Diego actually went to the Clinton campaign in September and said, ‘Something weird is going on. Bernie’s not in the campaign. Hundreds of these people are now coming onto his Facebook site,’” Sanders told Todd. “So I think we already knew that it was an effort to undermine American democracy and to really say horrible things about Secretary Clinton.”