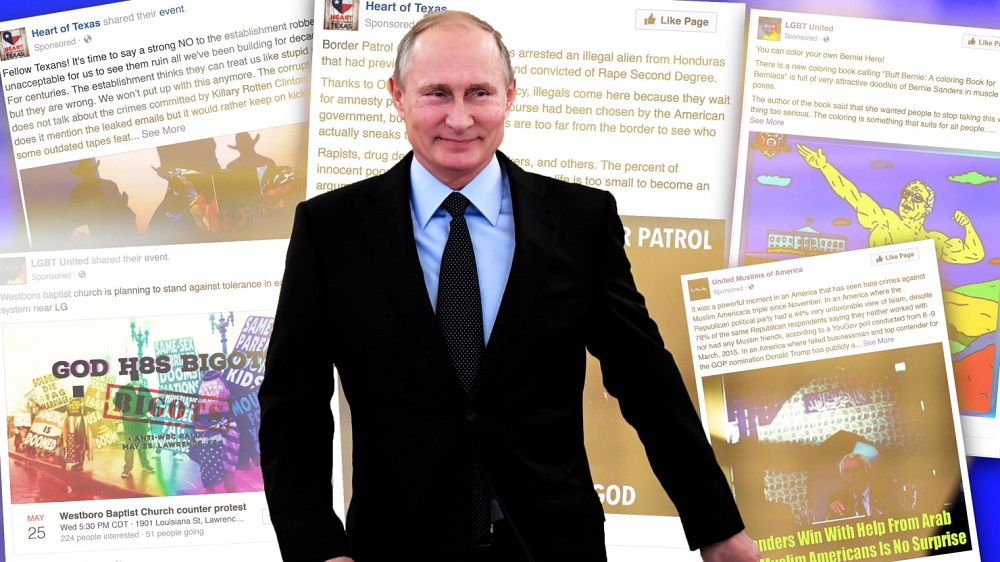 President Donald Trump is using Robert Mueller‘s latest bombshell revelations about Russia’s interfering in the 2016 election to his advantage. Rather than talk about how this shocking truth should be remedied, he is tweeting about his favorite person, himself.

Over the course of the holiday weekend, Trump has put out 13 tweets claiming that Mueller’s finding exonerates him from any and all collusion issues. He’s not confirming the findings as that would shake things up about how he was elected. That has been a big bone of contention for him admitting that Russia caused a big problem for America’s democratic process.

If it was the GOAL of Russia to create discord, disruption and chaos within the U.S. then, with all of the Committee Hearings, Investigations and Party hatred, they have succeeded beyond their wildest dreams. They are laughing their asses off in Moscow. Get smart America!

Now that Adam Schiff is starting to blame President Obama for Russian meddling in the election, he is probably doing so as yet another excuse that the Democrats, lead by their fearless leader, Crooked Hillary Clinton, lost the 2016 election. But wasn’t I a great candidate?

I never said Russia did not meddle in the election, I said “it may be Russia, or China or another country or group, or it may be a 400 pound genius sitting in bed and playing with his computer.” The Russian “hoax” was that the Trump campaign colluded with Russia – it never did!

Funny how the Fake News Media doesn’t want to say that the Russian group was formed in 2014, long before my run for President. Maybe they knew I was going to run even though I didn’t know!

These findings have not stopped Russian bots from flooding the internet with propaganda about Florida’s Parkland massacre. In the following days after 17 people were murdered at Marjory Stoneman Douglas High School, Russian-linked twitter bots sent out tweet missives about Parkland, Florida, Nikolas Cruz, gun control and gun reform. These were put out to divide the country even more with the controversial gun control debate.

And it’s not clear if the companies have taken sufficient action to prevent something similar from happening again.

Thirteen Russians, including a businessman close to Vladimir Putin, were charged Friday in a plot to interfere in the 2016 U.S. presidential election through social media propaganda. The indictment said the Russians’ conspiracy aimed, in part, to help Republican Donald Trump and harm the prospects of his Democratic opponent, Hillary Clinton.

The alleged scheme was run by the Internet Research Agency, a troll farm based in St. Petersburg, Russia, which used bogus social media postings and advertisements fraudulently purchased in the name of Americans to try to influence the White House race. The messages also sought to denigrate Trump GOP primary rivals Marco Rubio and Ted Cruz, and to support Clinton’s Democratic opponent Bernie Sanders.

“I created all these pictures and posts, and the Americans believed that it was written by their people,” wrote one of the defendants, Irina Kaverzina, in an email to a family member obtained by investigators.

Tech companies have spent months pledging to fix their platforms ahead of the upcoming midterm elections this year and reiterated those promises Friday. Twitter said in a Friday night statement it is “committed to addressing, mitigating, and ultimately preventing any future attempts to interfere in elections and the democratic process, and to doing so in the most transparent way possible.” Facebook thanked U.S. investigators for taking “aggressive action” and pointed out its own role in helping the investigation. 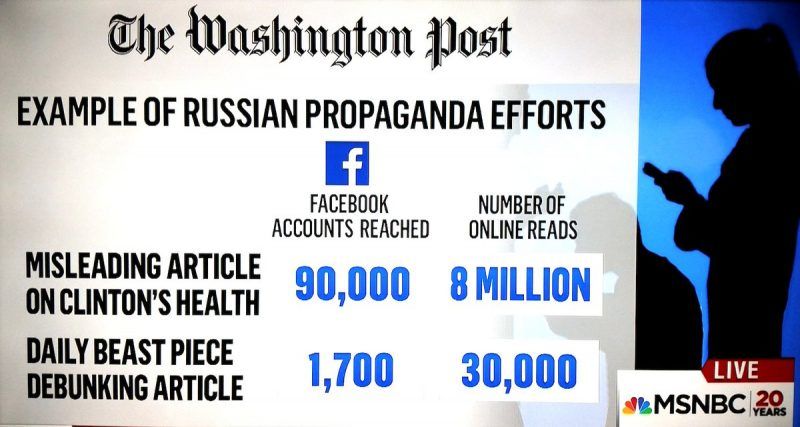 Researchers, however, noted that the companies’ business incentives don’t necessarily align with improved security and anti-hoaxing measures that might have frustrated Russian agents.

“I’ve never been convinced that these sites are motivated to fix a problem like this,” said Notre Dame business professor Timothy Carone, who added that security controls make it harder for sites like Facebook to offer users new features and keep advertisers happy. “It’s a really, really, really difficult problem.”

The idea was to “sow as much discord as possible,” said Melissa Ryan, a Democratic social media marketing expert who now keeps track of right-wing online activity. “This was America that was attacked.”

Social-media companies weren’t the only ones subverted in the influence campaign. Federal prosecutors allege that Russian criminals used PayPal as a primary conduit to transfer money for general expenses and to buy Facebook ads aimed at influencing voters. Prosecutors say the accounts were opened using fake identities to help bypass PayPal’s security measures.

PayPal spokesman Justin Higgs said the San Jose, California, company has been cooperating with the Justice Department and is “intensely focused on combatting and preventing the illicit use” of its services.

In an interview with media outlets on Tuesday, Facebook Chief Technology Officer Mike Schroepfer outlined the complexity of preventing abuse.

“Election integrity is challenging because again, you’re dealing with adversaries,” Schroepfer said during a conference in Half Moon Bay, California. “They are trying to accomplish a goal, and they have smart people who are trying to figure out their way into the system to accomplish that.”

For instance, infiltrators often react immediately to countermeasures. If they figure out Facebook is checking the internet addresses of computers to identify visitors from particular countries, Schroepfer said, “they’ll take over a machine with malware in the U.S. and post from there instead. People say, ‘Why don’t you just check the currency or the IP address?’ And as soon as you do that, literally that afternoon, they will change tactics.”

Schroepfer said the company is making “good headway” on the problem, although he declined to give specifics. “By kind of doing a lot better job of trying to figure out the authenticity of these different actors, we can certainly stop that sort of behavior,” he said. “There’s a big focus on that.”

On the other hand, now that the Russians have shown how this sort of campaign is done, the door is open for others — including American special interest groups — to use the same tactics to target disaffected voters in the right places, said David Gerzof Richard, a communications professor at Emerson College.

“This is the new norm,” he said. “It’s not going away. It’s not going to be magically fixed by a Silicon Valley CEO or a group of executives saying they’re going to do better.”