What is the right response to constant injustices against a group of marginalized people? It goes without saying that our society operates from a racially charged paradigm that only seems to grow with each national news story. So in those moments when people feel wronged, hopeless and fed up, how should they respond?

I’ve been dealing with this question in my personal life lately. With that, seeing Colin Kaepernick receive such backlash for choosing to sit during the national anthem, leads me to contemplate how we deal with issues that deeply affect us. When it comes down to it, no one can dictate how you react to situations. Not a team, not an establishment and not a nation.

In my situation, people affected by my response to treatment I received feel like I should not have said anything. They feel that my actions were vindictive and uncalled for. “What’s your end game?” they ask. “Why don’t you just leave it alone?” I’d be lying if I said that their questioning my intentions didn’t make me reevaluate the effectiveness of the avenue I chose to make a statement. But that was only for a moment. Ultimately, individuals have to find a way to cope and live with what is and or has happened. That is what Kaepernick is doing.

In his position and within his means, he is taking a stand and sending a message in the best way that he knows how. It doesn’t matter that he is choosing to sit during the national anthem, because honestly, a lot of people of color (POC) feel the same way he does. Why stand up to show pride in a flag for a country that oppresses black people and people of color? How can you expect people to stand in honor of a flag that represents a country in which a growing number of individuals no longer feel a part? Many POC don’t feel valued, respected or wanted so saluting the flag doesn’t make sense to them.

One of the burning questions I have in all of this is what do folks expect POC to do? If we peaceably protest, the media turns it into a circus. If activists speak up, they are called terrorists and thugs. If we riot, it supports the gross and offensive notion that we are animals. There is nothing that we can do that says, “Hey! We don’t like this. Stop it now.” without being made to be the culprit.

It is unfair to expect black people to not feel a certain way about what’s going on around the country. It’s actually very dismissive and insensitive to tell us to get over it or look the other way. How much longer can we say nothing with the hopes that things eventually work themselves out in our favor? How has that been working for us? 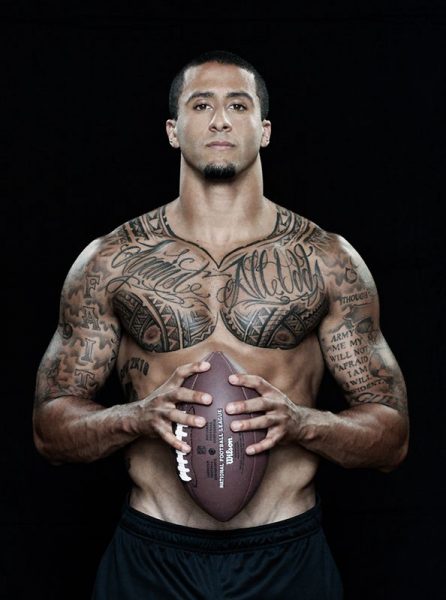 We live in an age where black celebrities are cyberbullied simply because they are on the darker side of colorism. People like Leslie Jones should never have to deal with hackers breaking into her website and posting pictures and personal information. In fact, nobody should have to deal with that regardless of race or gender or anything. An incident like this is what I’m talking about when I say we feel undervalued.

Kaepernick knows what’s on the line with his actions, just like I knew what was on the line in my situation. But he is willing to risk that, which to me is both brave and scary. But when a person gets to a point where their notoriety and privilege comes second to taking a stance for that in which they believe, it means something. It means the chance of losing it all outweighs the personal disappointment one might feel by not saying anything.

Now, there are people, both black and white, who feel that Kaepernick’s actions are not only the utmost disrespectful, but they won’t accomplish anything. They can’t understand why he’s showing this kind of behavior to a country that has enabled him to live out his dreams. What these folks fail to understand is that influence and power go a long way. And if Kaepernick doing this leads to a conversation in the San Francisco/Oakland area that then leads to a change so that there aren’t any more Oscar Grants, then it is worth it.

Is that wishful thinking? Maybe. But we live in a nation that was founded by folks who put wishful thinking into motion. These same people were probably told by others to ‘get over it’ also, but rather than give in, they chose to make a change, no matter what the outcome.

People will always have an opinion about what you do, especially when you hit a nerve with them and challenge their train of thought. But until they are in your shoes or develop a burden for the issue or situation, their outcry will never truly be valid. What I’ve learned is that in the moments when you may even question your own motives, don’t back down. Don’t let people bully you and don’t give any energy to the things people say. You know in your gut what you feel, and you have every right to express that in whatever way you see fit.

People have done worse things than sit during the national anthem to protest social issues. This shouldn’t be a scandal.