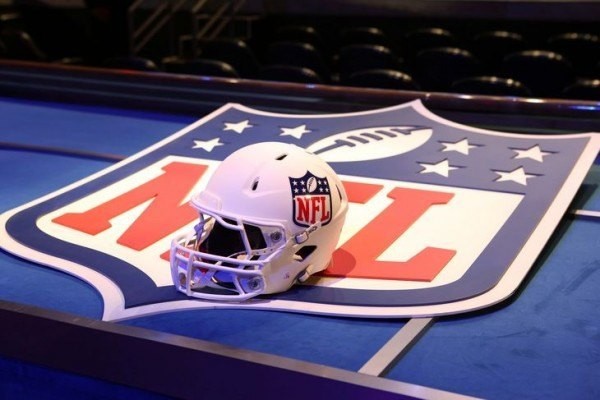 Picking for Week One is always the hardest—there is no telling which teams are all hype and which players are the real deal. With that being said, let’s jump right into it:

New Orleans Saints (-3) at Atlanta Falcons (+3): When the Saints play the Falcons it’s always a shootout. The Saints defense, however, has drastically improved over the offseason; and if the Falcons offensive line has not then Matt Ryan could be in some trouble. Expect the Saints to win by at least a touchdown, so taking them at -3 should be a pretty safe bet.

Cleveland Browns (+6.5) at Pittsburgh Steelers (-6.5): Despite all the hype in Cleveland since they drafted Johnny Manziel, the Browns are still the Browns. As if it couldn’t get any worse for them, Josh Gordon has been suspended for the entire season. Brian Hoyer will be starting against a revitalized Steelers defense, and unless Jordan Cameron manages to get open on every play Hoyer will definitely struggle against the Steelers secondary. The Browns may be able to beat the spread, but don’t expect them to leave Pittsburgh with a win.

Jacksonville Jaguars (+10.5) at Philadelphia Eagles (-10.5): The Jaguars don’t have much going for them once again this season. Blake Bortles has shown promise and Toby Gerhart is a great running back, but they are still the Jaguars. Pick the Eagles.

Oakland Raiders (+5) at New York Jets (-5): The biggest question in this game is who has more left in their tank, the Jets Chris Johnson or the Raiders Maurice Jones-Drew. Geno Smith isn’t great, but him and Michael Vick will be able to put together enough to beat rookie quarterback Derek Carr and the Raiders. The Raiders may beat the five point spread but not the Jets.

Cincinnati Bengals (+1) at Baltimore Ravens (-1): Everyone has been talking about how much Joe Flacco has improved over the offseason, but the running game and offensive line are still sloppy. The Ravens will be without Ray Rice, while Giovani Bernard will be running all over their defense. The Bengals defense was phenomenal last season, so unless Flacco has transformed his game tremendously over the offseason the Bengals should have no problem taking this one from the Ravens.

Buffalo Bills (+7) at Chicago Bears (-7): After a poor offseason by EJ Manuel, the Bills have nothing going for them coming into Week One except their vastly underrated defensive unit. Jay Cutler isn’t a great quarterback by any means; but unfortunately for the Bills, the Bears also have Matt Forte, Alshon Jeffery, and Brandon Marshall. The Bears big three will prove to be too much for the Bills. Chicago should have no problem winning by two touchdowns.

Washington Redskins (+3) at Houston Texans (-3): Robert Griffin III did not look good preseason despite all the hype surrounding him. Don’t expect much out of Ryan Fitzpatrick, but expect enough out of Andre Johnson and Arian Foster to outscore the lackluster Redskins offense. The pass rushing duo of JJ Watt and Jadeveon Clowney will prove too much for RGIII and Alfred Morris to handle. Unless Griffin has really improved and he’s waiting until the regular season to show the league what he’s got, the Texans should have no problem edging one out at home.

Tennessee Titans (+3) at Kansas City Chiefs (-3): UPSET ALERT! The Chiefs have had a sad offseason, whereas the Titans will have Jake Locker back and Ken Whisenhunt to fire up the offense. Kansas City still has Jamaal Charles, but the team’s offense overall has declined greatly since last season. The Titans are not a lock by any means, but if you’re a gambling man you may want to consider taking them at +3.

New England Patriots (-4) at Miami Dolphins (+4): The Ryan Tannehill to Mike Wallace connect will probably happen a lot this season, but not with Darrelle Revis lining up against them. With Rob Gronkowski back on the field, the Patriots should have no problem running over the Dolphins like they usually do.

Carolina Panthers (+3) at Tampa Bay Buccaneers (-3): With Cam Newton slightly off his game and without Steve Smith or Ted Ginn, Jr, the Panthers offense will be lucky to score two touchdowns. On the other side, the Buccaneers have Lovie Smith on the sidelines and Josh McCown at quarterback. The Panthers defense will remain one of the best in the league, but if the Bucs keep chipping away they will score on it eventually. Take the Buccaneers in a close, low-scoring game.

San Francisco 49ers (-4) at Dallas Cowboys (+4): This should prove to be a very close game. Dez Bryant is a mismatch against any player on the 49ers defense, but he relies on Tony Romo to get him the ball. With that said, the Cowboys also have one of (if not the) worst defenses in the NFL. This game is almost too close to call on paper. If you’re a risk taker, you may consider going with the Cowboys; but if you like to play it safe with your money, take the 49ers.

Indianapolis Colts (+7.5) at Denver Broncos (-7.5): With their new and improved defense and Peyton Manning, the Broncos should have no problem sending the Colts home with a loss. Peyton looked phenomenal preseason and after last season there is no telling what he can do. Andrew Luck will have his work cut out for him against the Broncos new secondary; so unless Reggie Wayne is really on his game, Luck probably won’t have a very good one. With that said, 7.5 is a large spread against the Colts; so you may want to bet moneyline (straight).

New York Giants (+6) at Detroit Lions (-6): For a two-time Super Bowl Champion, Eli Manning looks really out of place in the Giants’ offense. Between Matthew Stafford, Calvin Johnson, and Reggie Bush the Giants defense doesn’t stand a chance in Detroit. The Lions should have no problem winning by at least a touchdown.

San Diego Chargers (+3) at Arizona Cardinals (-3): This game should easily be the best game of the week. The Cardinals are a great team, and the Chargers offense is ready to play. If the Chargers want to win they will need a lot out of Philip Rivers, Ryan Matthews, and Danny Woodhead in order to keep Patrick Peterson and the Cardinals secondary on their toes. As for Arizona, Carson Palmer, Andre Ellington, and Michael Floyd will all need to have great performances in order for the birds to pull out a victory. All in all, San Diego has a great offense; but the Cardinals have a little bit more on both sides of the ball. This game will probably be decided by one play. Take the Chargers at +3, that way even if they lose by a field goal you don’t lose your money.