Home All News Will Apple Stick With Google Or Take Safe Bet Yahoo? 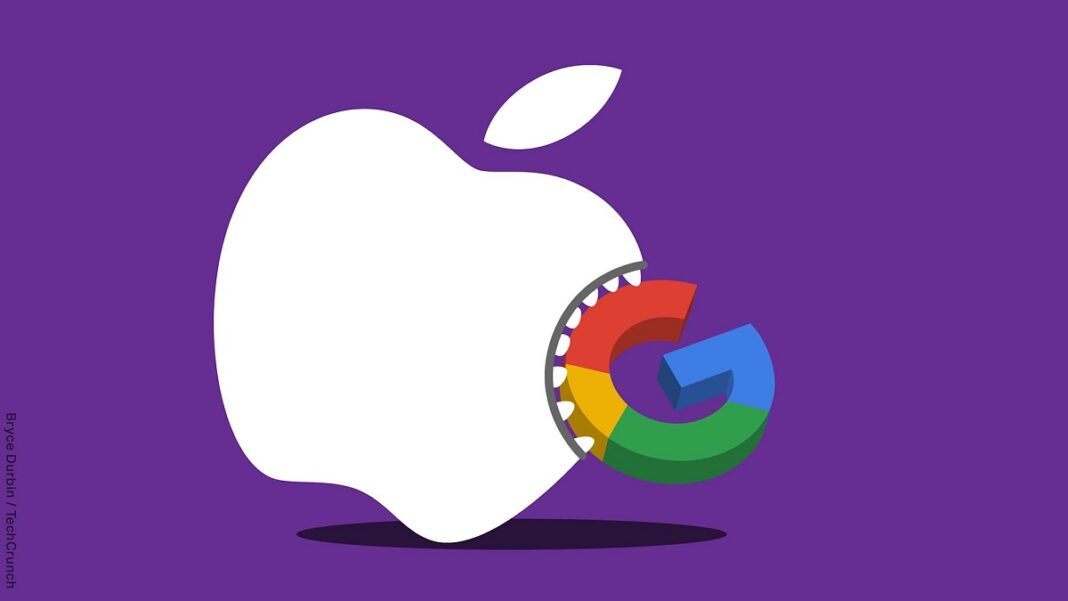 Apple’s contract with Google as Safari’s default search engine is almost at an end and now the company is at a crossroads whether to renew that contract with Google or try another. Candidates include Microsoft’s Bing and Yahoo! Given that Apple and Google are strange bedfellows with competing platforms (iOS and Android), Apple is in a position to be more competitive by switching search engines. Unlike Microsoft and Google, Apple has no competition with Yahoo when it comes to products. Yahoo was a great search engine before Google came along and it still gives decent search results. Yahoo itself expressed great interest in acquiring Apple’s search engine contract which once again position the company as the world’s number 2.

In the early days of the internet, Yahoo was a household name. It was the internet’s premiere search engine and web portal. The yodeling TV commercials were cute and fun. Yahoo even spun off similarly named search engines such as the Philippines’ Yehey!, as well as a parody Yahweh! In Jim Carrey’s Bruce Almighty. But along the way, Yahoo became too complacent and Google began to take over.

Google was simply a search engine. The name was just as catchy as Yahoo. Its doodles were fun. Google actually means the number 1 followed by a hundred zeroes which is a huge number. The meaning meant power and that power was visible in its search results which gradually put the company at top. Google soon became more than a search engine and grew up to be the internet’s advertising monster using search results as an advertising platform. Google offered more and more services behind its very simple front page unlike poor cluttered Yahoo. Now when people want to find something on the internet, they just ‘Google’ it. Google gained enough power to take on giants like Microsoft and Apple. After Apple crafted the iPhone and iOS, Google countered with Android and now Google is everywhere. Google owns more than half of the mobile search market and Yahoo found itself on the brink of a Microsoft buy out which could spell its return or complete its demise.

Yahoo was afraid of the latter and therefore stood its ground much to the dismay of shareholders. The company struggled until 2012 until it hired former Google executive Marissa Mayer as CEO who immediately began ordered the acquisition startups like Tumblr which had a sizeable user base and other companies that could help Yahoo in some way. Mayer also issued several controversial changes to the home page such as the purple theme; as well as changing the company’s internal culture, foremost was her ban on telecommuting. Her efforts paid off and July 2013 marked the first time Yahoo outperformed Google in terms of web site visits. Yahoo’s ads have also since intensified and its news articles more engaging. Yahoo also trimmed down old services that are no longer in use like its web directory. Yahoo stock value has doubled two years into Mayer’s tenure.

So what’s with the trip to memory lane? It’s just to further the significance of Yahoo’s comeback under the hands of one of Google’s former show runners. December 2014 marked another milestone for Yahoo when the web’s number three web browser Mozilla Firefox dropped Google as its default search engine and replaced it with Yahoo. With current minimalist browser designs putting the search box to the right with little info on what search engine is running, many casual users are unaware they’re using Yahoo instead of Google when running Firefox, unless they take the trouble of going to Google’s homepage. As long as users find what they’re looking for, they don’t bother changing channels. Through this fortunate set of circumstances, Yahoo has regained some of its market share and seeks to get more.

Apple is now on the market for a new search engine for its Safari web browser and Yahoo is the most likely candidate. As the de-facto browser for all Apple products as well as the browser of choice for Apple fans using Windows, Yahoo is poised to get a sizeable chunk of the search market. If Google has the search market for most Android devices, Yahoo will be the search platform for all iOS devices and Macs unbeknownst to casual users. Somehow, Apple again gets to affect a major shift in the tech industry. By choosing Yahoo, Apple gets to help bring back one of the internet’s old institutions and give Google a good kick in the keaster at the same time. If Apple keeps Google, Google remains Google and Yahoo would just have to win the race in some other way.

The race for search hardly matters to some users. Before Google, Yahoo was my search engine but now I’ve gotten much used to searching through Google. But I’ve never wavered from going to Yahoo for my news, mail, and comics. Honestly hoping Apple to decide in favor of Yahoo so I could keep my emails from years past and enjoy Dilbert and Garfield.