Home All News Tech News Where did Yahoo go wrong? 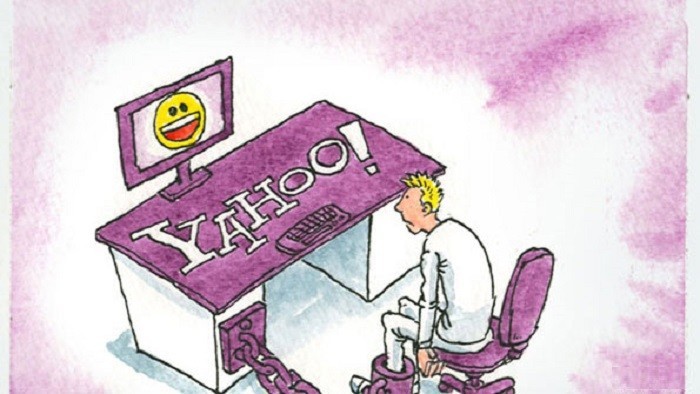 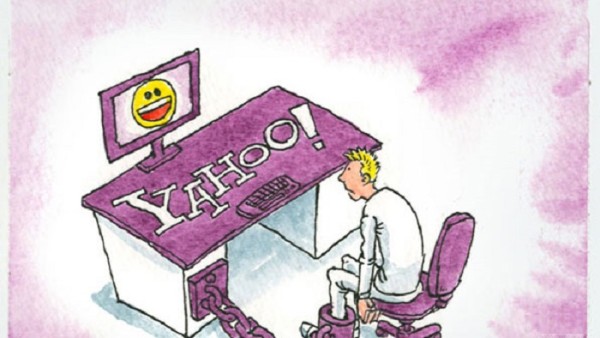 Yahoo, as a publicly traded company, could disappear soon. In its place could be a stronger Alibaba or a revived AOL. So what’s the story? Previously, we discussed the company’s financial woes and who would most likely carry the torch. But what exactly happened? How did Yahoo come from where Google is now to a company on the verge of collapse?

In the early 2000s, Yahoo was the premier go-to place for most of the internet’s citizens. For yours truly and 800 million other users, it still is. It will be tough to do a Queen Elsa for Yahoo. In terms of competition, for some reason, Yahoo was slow to fight them.

There was hardly any competition after the dotcom crash of 2000 and the declawing of Microsoft. Microsoft used to buy the competition left and right as well as killing the competition by bundling software into Windows that other companies are selling. Microsoft did try to buy Yahoo in 2008 not to kill it, but to save it but was turned down to the chagrin of many.

Yahoo was at the top of its game in search and ads. It was making a killing with ads and was also buying companies left and right, as one former Yahoo employee said whose company was acquired. Yahoo was swimming in money and wasn’t worried at the least.

But technology and innovation flies fast in the tech world. A few years later, Yahoo was swimming in competition. Google was fast becoming the world’s top search engine and web advertiser. As the web grew larger and larger, the concept of a web portal took a back seat to good old search which Google excelled at. Advertisers also flocked to Google eroding Yahoo’s ad share. Yahoo continued to shrink as Google grew. Social media also caught up with the Internet and many internet users went first to Friendster, MySpace and later on to Facebook. Yahoo bought Tumblr just a few years ago to get into the game. On messaging, the popular Yahoo Messenger lost ground to Skype and other messaging services like Viber, Line, SnapChat and WeChat. There seems too much going on for Yahoo to catch up.

Yahoo’s web portal and news aggregation function have been taken up by MSN, Facebook, Twitter, Google, Pinterest and many others while Yahoo outsources its search services to Bing and Google.

According to the previously mentioned insider, Yahoo also had a problem with identity. The company didn’t view itself as a technology company unlike Google did. It viewed itself as a media company. Hardly surprising as it used to take users anywhere on the internet which does hold plenty of media from online books and magazines, news and video. Yahoo provided and aggregated media content for millions of users. But as a tech company, it could have focused on researching new money-making technologies like Google has been doing its entire existence. Google, as a technology company created Google Maps, created the Android OS, developed Chrome its own browser, created Chromebooks, its own laptop and Google Fiber, its own Internet service.

Even though Yahoo has its roots on technology, its products simply work but don’t stand out. Compared to other mail providers, Yahoo mail is slow and ad ridden with no signs of improvement. Microsoft’s Outlook.com and Google’s Gmail doesn’t share the same problem. Outlook embraced minimalism while Gmail did away with most of its ads. The Yahoo.com website is still considered a cluttered mess for many. It can’t be helped since the company is still very dependent on ads and continues to stick to tradition or what most of its users are used to. Yahoo Video is miles behind YouTube when it comes to popularity, and while many of Yahoo’s products are good and usable, they’re hardly household names. Also, as a media/technology company, shouldn’t Yahoo be busy making or backing apps and games on various mobile platforms?

Yahoo’s mediocrity has been blamed on mismanagement. Yahoo has come under several CEOs since the departure of co-founder Jerry Yang but even then has been steadily losing ground to competing services. Instead of innovating, hiring good developers as a technology company, Yahoo goes around outsourcing its services and buying companies at high prices and if they don’t work out, sells them at a loss. Tumblr itself has not improved much since its acquisition. The latest CEO, of course, is Marissa Mayer who was destined to bring the struggling company around but after three and a half years has left investors or some of them very dissatisfied, and call for Yahoo’s core business to be sold effectively ending the Yahoo brand. It’s going to be a sad part of Mayer’s career if she and the board can’t find a way to turn things around.

Should the core business sale push through, the most likely saviors would be Verizon and Alibaba. Microsoft, Apple, and Facebook don’t seem to be interested, but things could change once the sale is announced thanks to Yahoo’s hundreds of millions of users and 800 million cash flow as well as some good physical and intellectual properties. If a deal with Verizon pushes through, Yahoo and AOL could combine into a more powerful media company, given that management improves under Verizon. If they play their cards right, AOL could come back to the big leagues as a news and content provider. As for Alibaba, it could buy back its shares from Yahoo or get the core business by way of additional shares.

So where did Yahoo go wrong?

There’s probably nothing wrong with identifying oneself as a media company if the proper steps were made. As the insider said, there’s too much going on in the company, but there’s a lack of focus, good developers and the proper company culture. Yahoo could have gone the way of Apple if it wanted to offer media such as music, video and articles. Yahoo could have split off into various brands without its users even knowing and not clutter everything on the Yahoo.com website. It could have bought a gaming studio and focused on games and maybe even dabbled into the hardware business with a YPhone or a YTab which even some small electronics companies have done. There are plenty of factors to the failure of a company, but I’d go with management on this one.