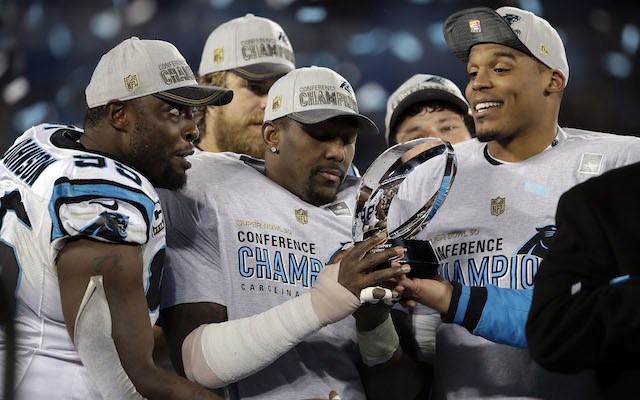 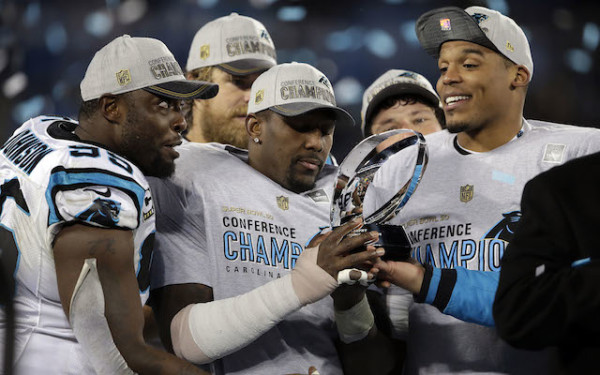 Carolina Panthers linebacker Thomas Davis isn’t going to let a little broken arm stand in the way of fulfilling his childhood fantasy of playing in the Super Bowl.

The All-Pro LB broke his right forearm in the Panthers 49-15 embarrassment of the Arizona Cardinals Sunday in the NFC Championship Game, but he made it clear that he plans to be out on the field for Super Bowl 50 in Santa Clara, California.

“It hurt,” said Davis. “It was painful. At the same time, I believe in our training staff, and I believe in the process. If it is at all possible, I know they are going to get me back, and I will do my part to make sure I’m ready.”

Well damn. I understand Davis is a pretty tough cookie, but we aren’t talking about a stubbed toe here. On top of that, Davis will have people running into his arm and falling on top of it all game should he play. That’s a lot to ask of a broken bone.

“I believe in me. This is something that if it comes down to a pain tolerance and playing through it, I will be there. I guarantee to you.”

Davis is certainly no stranger to serious injuries. He has missed out on a lot of his career due to similar injuries, including tearing the same ACL three times, so it’s not hard to understand the frustration leading up to the biggest game of his career.

“I don’t put it past Thomas,” said Panthers defensive tackle Kawann Short. “Three ACLs. Broken fingers. It hasn’t stopped him yet. You will have to take his jerseys away from him—all five of them, even the ones at home—before he sits out this game.”

Assuming Davis is out there come Super Bowl Sunday, it’ll be interesting to see how it affects his game. The Denver Broncos may not have had the top offense in the NFL this season, but as they showed Sunday against the New England Patriots, they aren’t to be counted out.

Davis will need to put his best arm forward if he wants to bring the Lombardi back to Carolina.