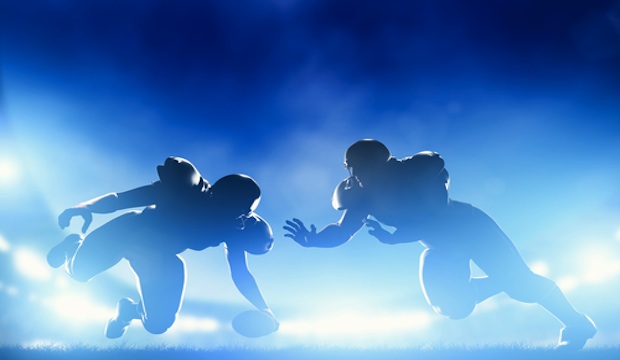 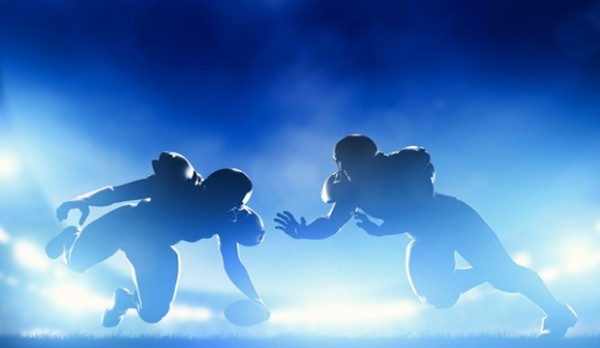 You’ve heard it before. I’ve said it too many times to count. Yet it does not change the facts.

To win big money in one foul swoop in daily fantasy sports, you have to find the outliers in order to beat your competition.

Your competition is the other 284,000 guys that want to win five or six digit pots on FanDuel and DraftKings. Theses degenerates won’t be taken out by you picking the same players as everyone else.

That just puts you at the middle of the pack when the final whistle blows on Monday Night Football.

OK, I imagine you’re tired of me preaching on the topic of outliers. Time to put up or shut up. Week 13 is coming up so here are my picks for the best outliers in each game. These are the players that should see lower ownership, thus giving you the best chance to skill / luck your way to serious money.

Keep in mind these players could bottom out just as easily as they hit their ceiling. That’s why you can benefit from them.

Stafford and Tate: With so many fans seeing Detroit go bonkers on Thanksgiving Day, I wouldn’t be too fast to jump on Stafford / Megatron for stacking. Many others will be thinking the same thing after what they did to Philly, and it was only Philly.

Houston is rolling sir! The defense should be a good play in most DFS formats. I would take Brian Hoyer on the cheap also, as he was owned by just 27% of users on DK last week. The defense is putting him in good position to succeed.

Tyrod Taylor would be a sneaky pick also. Kid was owned at just .1% in week 12 but netted 27 fantasy points on DK.

Chicago has been somewhat impressive lately believe it or not. Still people are not going to be high on Jay Cutler. Take Jay along with tight end Martellus Bennett who will be back healthy in week 13.

This one’s easy. Cleveland’s likely to be way behind in this game, thus having the starting QB pulled in favor of the third stringer. Right now that’s Johnny Manziel.

Javorius Allen is risky. That’s why I like the no-name filling in at RB for Baltimore. He did just enough on MNF last week to make one DK player super happy to the tune of $60K.

Take anybody except Russell Wilson. You think he’s gonna throw five TDs again this week? Come on, before week 11, it was nine weeks ago that Wilson went over one TD in the air.

Go back to Rawls.

Cam is the easy play here and the Panther defense. But over half the field feels the same. You’re better off to find another game or take a big risk on CJ Spiller who has a high ceiling even though he is so inconsistent.

Time for Chris Ivory to have a huge game again. It’s been a minute. The Giants are a good team to do it against and he was only owned at about 11 percent last week.

By now the luster is off Todd Gurley with four mediocre games in a row. Use that to your advantage and snatch him up at a bargain price of $7300.

You won’t go wrong by taking Devonta Freeman. But to get outside the box take a shot with Matt Ryan and Julio Jones. Ryan can’t be God awful the rest of the season. Fingers crossed.

Allen Hurns is out this week most likely so many will shift to take Julius Thomas who could eat up some of that slack. The other Allen will surely get more targets as well. If you trust Bortles go for it.

Everyone will still be fixated on the Chiefs’ running backs who are dominating on the cheap in fantasy land. Take the opposite approach with Oakland’s tailback Latavius Murray who was basically unowned last week.

Guess who’s coming off a big win over Tom Brady? That’s right, Brock Osweiler. That primetime game put the four year NFLer on folks’ radar so best stay away this week in GPP tourneys. You would be better off taking San Diego’s defense which will only cost $2300, leaving plenty of room for steadier plays.

Philly’s defense sucks. So it makes perfect sense to take them. No one else will against the Pats. This despite Gronk being out of the lineup and Brady throwing to sho-nuff scrubs this week.

No one believes in Matt Hasselbeck even though he’s 4-0. He is dirt cheap on DraftKings and Pittsburgh’s defense just gave up five scores to Russell Wilson.

The biggest outlier ever has to be the Dallas backup QB. That being Matt Cassel. No Dallas QB not named Romo has won a game since 2010! That streak can’t go on forever. Take Cassel handcuffed to Dez Bryant. Surely #88 has some pride after Josh Norman owned him last week which could turn to fantasy gold in week 13.

There you have it. The outliers.

Not the safest picks, but they are ones that can can separate the broke DFS players from the ones needing a bigger rubber band for their bankroll.