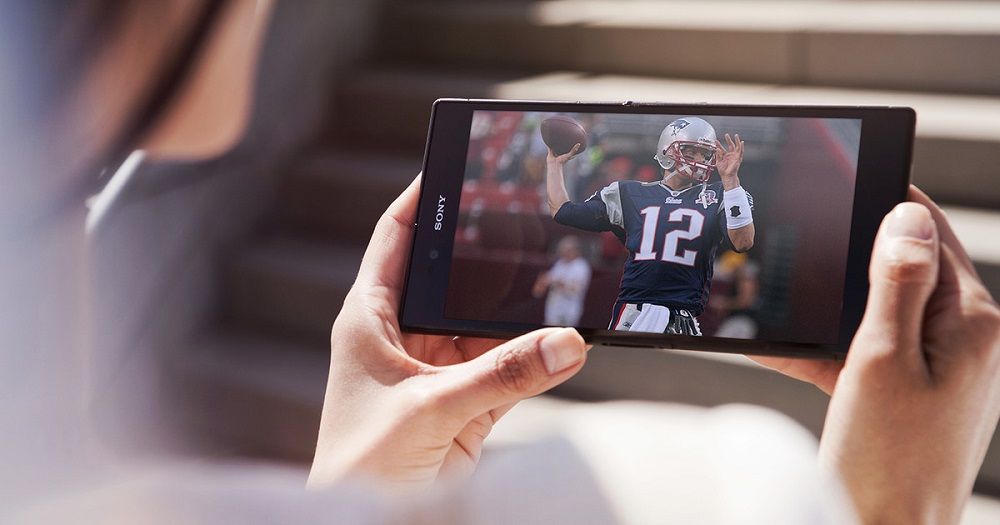 So you’ve unplugged from the evil Comcast Xfinity empire, but are dying to see the New England Patriots pound it out with the Atlanta Falcons or just want to see Lady Gaga doing her Super Bowl 51 spectacle. You can either go to one of those Super Bowl parties or pay a fortune at your local sports bar.

Now you’re in luck. It’s no surprise that in today’s connected world that you can catch a major sporting event for free. As with anything that’s ‘free,’ there is a catch. Unless you’re a Verizon customer, you won’t be able to watch it on your phone. If you watch the Super Bowl for the ads, well you’ve got a sweet surprise too.

Below is your full Super Bowl 51 free viewing guide to catch the action in Houston between the Atlanta Falcons and the New England Patriots. Kickoff is at 6:30 p.m. ET Sunday on Fox.

It’s true: Some people will be watching the Super Bowl for the actual game on an actual TV.

You can join them even if you don’t have a cable subscription or a good signal with an antenna. Just fire up the Fox Sports Go app on many streaming TV devices, including Roku, Apple TV, Google Chromecast, Amazon Fire TV and Xbox. Fox is suspending its usual requirement that you log on with a cable or satellite account, meaning it’s free.

If you can’t get to a TV, try the Fox Sports Go app on a tablet or FoxSportsGo.com on a laptop or desktop. Verizon has exclusive rights on phones. If you’re a Verizon customer, you can watch through the NFL Mobile app. Otherwise, find another device.

The Super Bowl is the rare event where viewers do pay attention to ads. A 30-second spot goes for about $5 million.

Fox’s online stream will get you most of the same ads shown on television. This includes local ads, thanks to a technology Fox is employing to customize the stream to your local station.

The catch is that a handful of stations aren’t participating, so you may see a static screen denoting a commercial break. There may also be a few cases in which a national or local advertiser has bought the spot for television only; a substitute ad may appear online in its place.

Fox is partnering with Intel to offer replays from the perspective of players on the field. Fox isn’t mounting cameras on individual players. Rather, it’s using 38 cameras surrounding the field. Powerful computers then create videos to depict how a play would have looked to the player. Although these are 360-degree videos, don’t expect a lot of viewer control. They will be more like replays shown as part of the regular broadcast, available a few minutes after the play.

If you have a virtual-reality headset such as Google Cardboard or Samsung‘s Gear VR, you can get highlights and top plays through the Fox Sports VR app. Without a headset, you can also view 360-degree video with a phone, but it won’t be as immersive. You’ll need to sign in with a cable or satellite account to watch in VR.

Fox has video specials throughout the week on Facebook and Twitter, as well as Fox websites and apps. On Sunday, Fox is offering a backstage look before the game; the online-only NFL Field Pass stream is expected to include player arrivals, on-field warmups and various stadium activities.

It’s not clear whether Fox’s pre-game and postgame television coverage will be available through Fox apps and websites. Even if it is available, it’s possible a cable or satellite account will be needed. Fox didn’t respond to inquiries for clarification.

If that’s something you need to have online, you may want to invest in an online television package such as Sling TV, PlayStation Vue or DirecTV Now. A subscription will cost at least $25 a month (though weeklong free trials are available). But check to make sure those services offer Fox stations in your city; that’s only true in a handful of locations across the country. A subscription to PlayStation Vue or DirecTV Now will also get you Animal Planet’s Puppy Bowl, an homage to the big game played with puppies.

Virtual assistants such as Apple’s Siri and Amazon’s Alexa have been tweaked to understand Super Bowl questions. Ask either for player and team stats, or the latest Super Bowl odds (you’re on your own for actual bets).