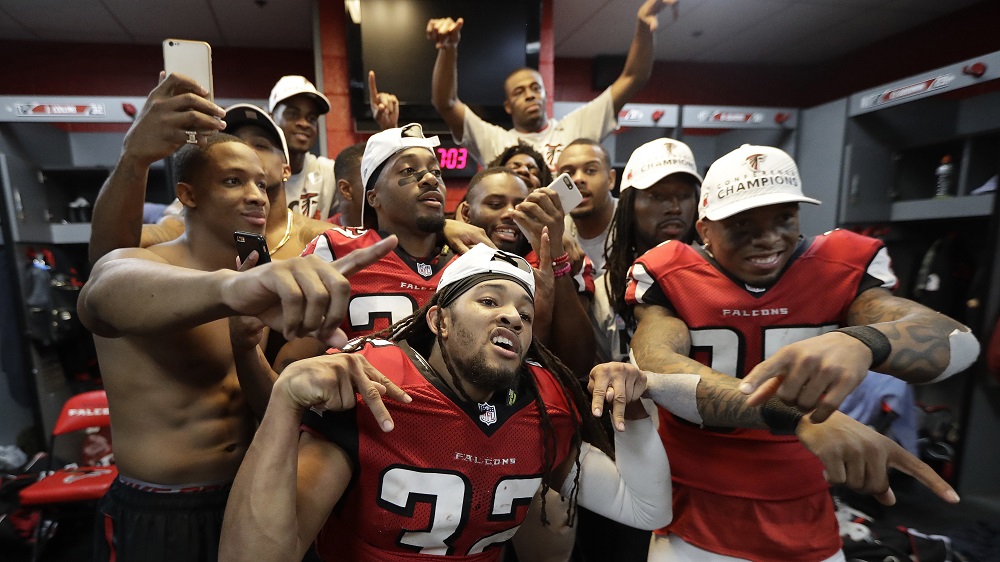 The ATL is welcoming any and all NFL bandwagon jumpers. If your team failed to make much happen in 2016, no problem.

Jump on board with Matty Ice and company. Julio Jones is not a bad guy to align yourself with for just one game to wrap the NFL season up.

The Falcons‘ bandwagon is getting pretty full, so you better act fast.  So many fans across the USA hate the Patriots; it’s no surprise many fanatics are getting behind Dan Quinn’s club.

I’ve heard reports all week about Steelers folk and even Saints followers rooting for Atlanta simply because they don’t want to see New England win another Super Bowl.

“Anybody but Tom Brady,” has been a common theme among fans who have seen Brady get to more Super Bowls than most teams have managed since their inception.

Not only are the Patriots easy to hate because of their winning ways,    the Falcons are not hard to back.

Their city is known for bandwagon jumping anyway. 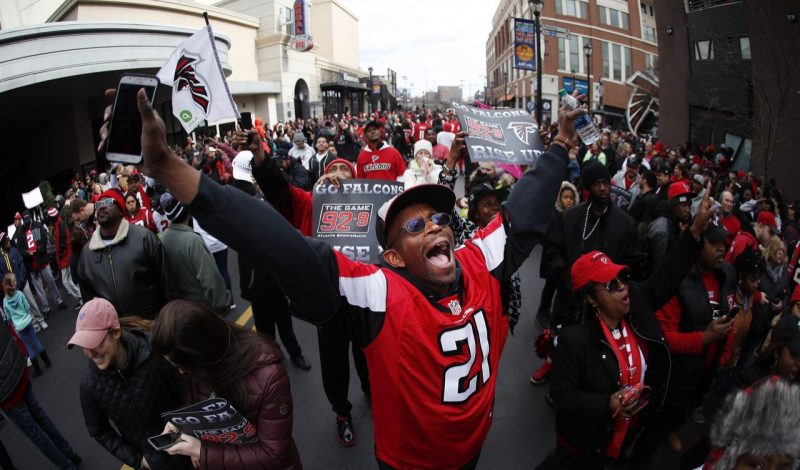 So many Atlantans came from other cities, the Georgia Dome never resembles places like Pittsburgh or Dallas. But when things have gone well for the Falcons in the past, many of these transient football fans have slapped on a Falcons cap for a few games.

Also Arthur Blank is as likable an owner as there is in the NFL. Who wouldn’t want to root for a guy who worked so hard to build up Home Depot, to find similar success in the sports world.

Blank didn’t just inherit a team or a stack of cash like some lucky owners.

Let’s not forget the Belichick factor. Not many outside the Evil Empire find much to love about New England’s head coach. Dan Quinn hasn’t had time to build up any hatred yet.

No cheating scandals we know of so far anyway.

When kickoff arrives, we can all judge which team has the most fans in the actual stadium. In addition, just look to Twitter to see where neutral fans spew their hate.

My guess is that the majority of tweets will be in favor of the ATL. New England may be the new “America’s Team,” but there are 30 other fan bases that have seen enough of the Brady / Belichick run.

As for me, I am a proud bandwagoner in general. I lean toward players that I enjoy watching. Regardless of the sport.

However, the Atlanta Falcons are my team. They are the only club that I feel anything for when they lose.

The Georgia Bulldogs don’t do it.

The Atlanta Hawks don’t bother me with mediocrity.

And the Braves could move to Canada, and I wouldn’t notice for at least three months.

This is one Super Bowl in which I don’t have to jump on another bandwagon. I’ve been on the 49ers wagon in the 90s.

Later I begged for Detroit to get Barry Sanders a Super Bowl trip. Never happened though.

I got with the Rams when Marshall Faulk was rolling.

Then I moved on over to the Evil Empire when Tom Brady came on the scene.

All the while my Falcons were up and down.  Mostly down.

But as long as they were in the running for a title, I was with them.

Now with just one game left, my team, the Atlanta Falcons, are still in the damn thing. I’m still with them, decades after me and my mama watched players like Alfred Jenkins and “White Shoes” Johnson do their thing in the 80s.

Now we Falcons fans have lots of company as we seek a win over the Patriots. The number of Pats fans has went up exponentially since their first Super Bowl win.

Many of those fans started out as bandwagon jumpers and stuck with the Pats over the years.

My hope is that this Super Bowl will have the same effect for the city of Atlanta as they win their first Lombardi Trophy (yes I’m calling my shot).

Our fanbase could use an influx of new fans for years to come. Even if they started by jumping from one team to ours.