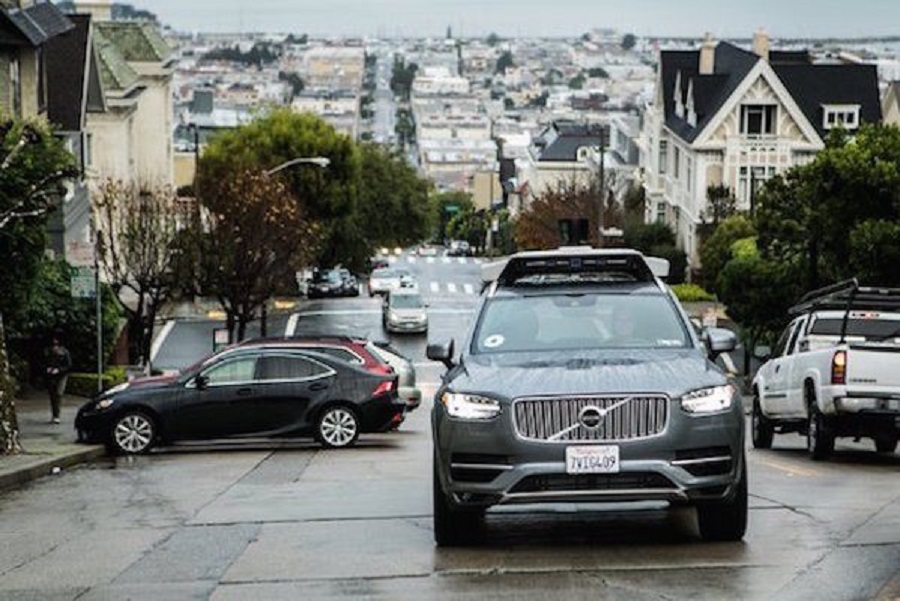 Uber’s self-driving cars will keep ferrying passengers around San Francisco, the ride-hailing company said Friday – a few hours before state prosecutors threatened to haul Uber before a judge if the service is not suspended immediately.

In a sharply worded letter, attorneys with the California’s Department of Justice demanded that Uber get a special state permit if it wants to continue. If not, “the attorney general will seek injunctive and other appropriate relief,” according to the letter.

Though there was no deadline in the letter, a spokeswoman for California transportation regulators, Melissa Figueroa, told media outlets in a text that the state would take action “early next week” if Uber doesn’t comply.

Uber began the pilot project Wednesday with a few Volvo SUVs that are tricked out with a suite of sensors allowing them to steer, brake and accelerate. A person sits behind the wheel, just in case.

Officials with Uber and the state have talked several times this week after the state Department of Motor Vehicles issued a similar legal threat. The leader of the company’s self-driving program, Anthony Levandowski, described those as “frank conversations” which left him unswayed.

Levandowski said he respectfully disagrees, arguing Uber does not require the permit that 20 other companies testing the technology in California have gotten because the Volvos have backup drivers behind the wheel monitoring the cars. That means the Volvos are not “autonomous vehicles” under the state’s definition, he argued.

San Francisco’s mayor has sided with the state. And a consumer advocacy group suggested that the state should do more than force Uber to stop.

“We believe their activity is a criminal offense under the motor vehicle code, punishable by up to six months in jail,” John Simpson of the group Consumer Watchdog said in a written statement. “CEO Travis Kalanick should be arrested immediately.”

But in a sign of the level of interest in the technology, the mayor of Beverly Hills on Friday voiced his support for Uber testing without the state permit.

Twitter‘s video app, Vine, will live on as a simpler tool for the micro-messaging service.

Twitter caused an uproar among Vine’s loyal users seven weeks ago when it said it would shut down the app, which plays six-second videos in an infinite loop.

“With this camera app you’ll still be able to make six-second looping videos, and either post them directly to Twitter or save them to your phone,” according to a blog post by the Vine team.

Twitter also plans to give Vine users tools to migrate their Vine followers to Twitter, and the company is now allowing users to download their Vines. The Vine.co website will also stay up and running, allowing users to continue to watch past Vines. Users will, however, not be able to post any new videos to Vine come January.

Vine initially flourished as a video platform for short-form comedy but saw many creators leaving the platform as new services like Snapchat and video on Instagram emerged. Twitter’s slow pace in rolling out monetization and other features likely also contributed to its decline.

On Friday, Vine’s team once again thanked its community for their contribution: “Thank you for the culture that you have helped shape, and for the content, you’ll continue to make everywhere. You make the world a funnier, weirder, richer, more beautiful place.”

Twitter said in a blog post Friday that the app will be renamed “Vine Camera” and will let users post the looping videos they make to Twitter or save them to a phone’s camera roll. Vine users will be able to link to a Twitter account so their followers can find them there.

Users can also now download videos they have made from Vine’s website and the existing app until the new version comes out. Vine Camera will be available in January.