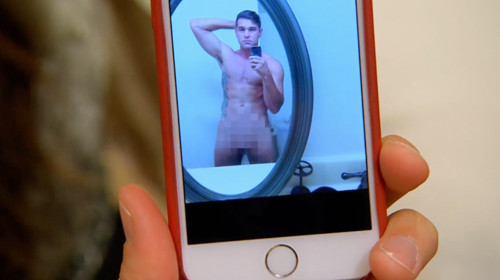 On part one of the season 3 finale of Total Divas, Paige had a girl’s night with Alicia Fox and Rosa Mendes. Rosa pulled her pants down right in front of Paige to show off her tattoo. The girls then waxed themselves. This was followed by a trip to Key West for a girl’s weekend. The three girls hung out in their hotel pool with Paige’s friends. The next day they went jet skiing. Later during the vacation Paige expressed her frustration at trying to pay her rent over the phone. That night the girls went on a sunset cruise where they listened to Paige’s friend Bradley perform with his band. Bradley sang a song dedicated to Paige, which impressed Alicia and Rosa. Afterwards Paige and Bradley made out.

Bradley asked Paige if she wanted to go out for a drink that night and she told him she wanted to see what the girls were doing that night first. Then Bradley confronted her for leading him on. Paige told Bradley the whole point of this vacation was for her to have fun with Alicia and Rosa. Bradley asked Paige to admit how she felt about him or he was going to leave. Afterwards, Paige vented to Alicia about Bradley. Rosa and Alicia then comforted Paige because she was emotional. Paige confessed that her last boyfriend had hurt her badly and she was afraid of getting hurt again. Alicia and Rosa then reminded Paige that Bradley is not her ex and he won’t treat her like her ex did. Paige then went to talk to Bradley just as he was about to go home. She admitted she is not good at committing to a relationship because of her past experiences. The two then hugged and Paige said she felt relieved.

Nikki and Brie went to visit their family in San Diego. While they were there Nikki and Brie got texted a nude selfie of their own brother. They then got another text that said that selfie was meant to be sent to someone else. At Brie and Daniel’s house Daniel said he was working on writing a book about his life. Brie asked Daniel if he was putting any personal stories about the couple in his book and he joked he would include the story of the first time he and Brie slept together. She also told Daniel about getting the accidental selfie of her brother.

Brie and Nikki’s brother JJ then came to Brie’s house to help her get some chores done that involved the use of tools Brie doesn’t know how to use. She mentioned to her brother that they had received his naked selfie and told him everyone in the family saw it because Nikki showed them the picture on her phone. JJ expressed his anger towards Nikki for doing that instead of just deleting the picture.

Later, Nikki, Brie and Daniel met their mother at a bar and Brie told Nikki JJ was upset that she showed the whole family his nude selfie. Nikki then went to see her brother to tell him she didn’t think she did anything wrong. When Nikki and Brie got to JJ’s house he didn’t even want to let them in. Nikki said she was being funny and she didn’t understand what the problem was. JJ called her out on showing it to the family.

Paige came across a picture on Instagram that appeared to have been posted by Nikki, for John Cena. Nikki looked at the pic and said that it was the valentine she had given John two years ago. She commented that she didn’t want the public seeing the romantic side of her because that was meant for John only. Nikki then speculated that JJ was the one that posted Nikki’s valentine to John on her Instagram account as revenge for showing the whole family his nude selfie. Brie then admitted that JJ hadn’t posted the valentine, Brie did it so Nikki would understand how wrong what she did to JJ was.

Paige and Bradley are now officially a couple and she is over the moon. Eva Marie returned to the active WWE roster after recovering from her breast implant surgery. Backstage at RAW she reunited with Natalya. Bradley came to the live RAW show to watch Paige in action. Paige commented that she screwed up the beginning of the match because she was so nervous about Bradley watching.

Nikki and Brie are renegotiating their WWE contracts.

In L.A., Jonathan and Eva Marie went to a meeting to set up a business deal for her to endorse a line of hair dyes. The stress of the meeting led to Eva Marie arguing Jonathan in his capacity as her manager. Eva Marie prepared for a hair and makeup shoot with her friends.

Brie and Nikki had lunch with a pregnant friend they hadn’t seen in a long time. They then found out that the other friend that was supposed to meet them for lunch was in labor. This got the women started talking about pregnancy, babies and their impact on a woman’s life. Nikki said that Brie is thinking about having babies while Nikki is more focused on her wrestling career and a possible acting career. Brie and Daniel met at a restaurant for lunch and the couple talked about Nikki’s plans for the future. This led to Brie telling Daniel she is ready to be a mother.

Paige talked to Bradley about the future of their relationship and she asked him if he wanted to move in with her since they are both on the road all the time anyway. Bradley said he wasn’t opposed to the idea but he wanted Paige to meet his mother first. The couple later argued because Paige wanted Bradley to tell her everything about his life. On the drive to his mother’s house Bradley told Paige to let him tell his mother the two are dating because it wasn’t her place to tell his mother. Paige was so nervous Bradley had to pick her up and take her in his mother’s house. The two women then met and Paige met Bradley’s sister too. Paige told Bradley’s mom that she lives in Orlando but is about to move to L.A.

Nikki and John met for coffee and she told him about her meeting with WWE officials concerning renewing her contract. She also told him about the production meetings she went to in L.A.

Meanwhile in L.A. Eva Marie and Jonathan went to her photo shoot for the hair extensions that she endorses. WWE officials then called Eva Marie and asked her about photos they had seen of her on Instagram that they didn’t authorize. They told her she had to cancel the photo shoot as a result. She and Jonathan then discussed the issue, which they clearly disagree on. Eva Marie sided with the WWE and Jonathan sided against them.

Paige fed Bradley’s family’s horses. She talked to his mom and sister about what she would do when she moved to L.A. Paige then mentioned that Bradley was helping her look at L.A. apartments, in the hopes it would get him to tell his mom they are moving in together.

Bradley, Paige, his mother and his sister then went out to dinner and the conversation in the car on the way there was awkward. His mom mentioned that she asked Bradley never to get married without telling her, because he snuck off and got married when he was 21. Paige was upset to find this out and was angry that Bradley hadn’t told her. Later the couple discussed when Bradley was going to tell his mother they were together. He then admitted that he was not ready to move in with Paige and she became angry that he wasn’t honest with her to begin with. She then asked about his previous marriage and he said he wasn’t comfortable talking about it, which led to Paige calling him a baby. Paige then said that she felt hurt because she made herself vulnerable to Bradley, which she never normally does with anyone.

Backstage at Survivor Series, Nikki and Natalya wished each other luck on their matches. The other divas watched the match between Nikki and AJ where AJ kissed Brie to distract Nikki. The divas then applauded Nikki winning the Divas Championship belt at the end of her match. Backstage the two talked about how Daniel would be jealous of the kiss. The thrill from winning this match made Brie confess to Nikki that she wants a child.

At home Eva Marie and Jonathan talked about the way he treats her when he is acting as her manager. She implied that maybe Jonathan shouldn’t be her manager anymore. He then said that he was making them money so it shouldn’t matter how he acts. Jonathan accused Eva Marie of dropping bombs on him and told her she only thinks about herself. He then mentioned the problems the couple has had for the last couple of months. Jonathan then accused Eva Marie of not treating him right either.

Backstage at Smackdown, Nikki and Brie went to WWE officials to discuss the renewing of their contracts. Brie told them she is getting older and that she wants to start a family. Nikki said that she had been offered other jobs in entertainment and she wanted to take some of the opportunities. The two then confessed they are ready to stop being WWE divas. This was the shocking conclusion of Season 3 of Total Divas. The next season is set to begin airing in July 2015.