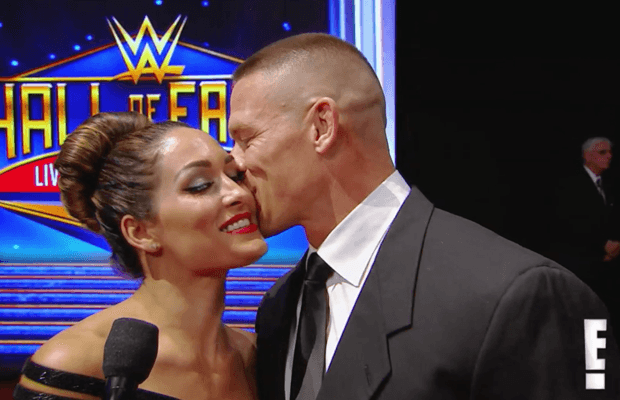 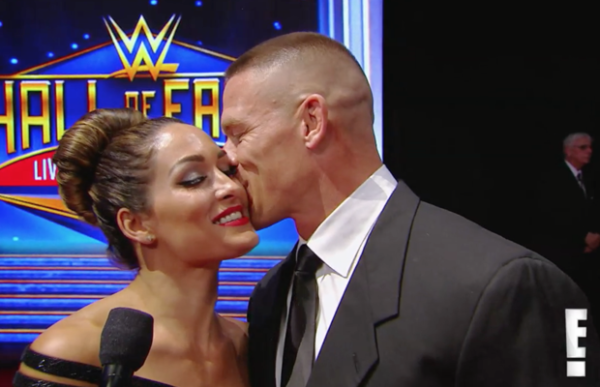 John Cena gets to spread his love and other things around on this week’s episode of “Total Divas,” and Paige and Alicia Fox talked about Paige moving out of Florida. Paige talked about her new boyfriend, Kevin. Daniel Bryan told Nikki she was too selfish to have a baby. Brie jokingly told Daniel and Nikki they make her feel like a third wheel. Natalya took in several homeless cats. TJ argued with Natalya about having them all in the house.

Natalya’s mom and dad came over to help with the cats. Natalya asked her parents to take care of the cats while she and TJ are on the road. Brie told Nikki that Daniel accused her of living like an animal so he put her clothes in the barn on their property.

Paige said Kevin asked her to move in with him. She then had to break the news to Alicia Fox because she and Paige had talked about becoming roommates. Alicia accused Paige of wanting to go play house. Paige then went to Alicia’s housewarming party. At the party she announced that Paige wasn’t moving in with her because she’d rather move in with Kevin. Alicia said Kevin has a lot of the same qualities Paige’s ex-boyfriend had. Paige then accused Alicia of being a bitch. Later on Paige called Alicia out on her behavior at her housewarming party. She then told Alicia she has been a bad friend. Alicia told Paige she couldn’t stand the sound of her voice anymore.

Daniel and Nikki continued to tease each other in the makeup room before a show. Nikki said he was trying to be playful but sometimes he went too far and hurt her feelings. 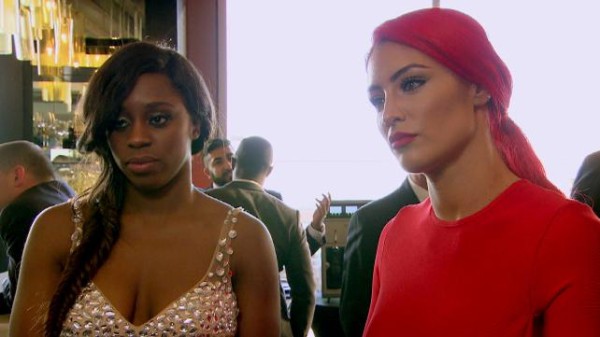 Titus O’Neal, Heath Slater and Adam Rose asked TJ and Natalya for a ride somewhere, much to TJ’s chagrin. Nikki complained that she kissed boyfriend John Cena and caught a cold from him the next day. Nikki told Brie she feels like Daniel Bryan hates her and Brie said he was just having fun. Brie called Daniel and asked him to tell Nikki he doesn’t hate her. Brie begged Daniel to tell Nikki he loves her and he said he does and that he would stop teasing her if she was that upset. Afterword, Nikki admitted she had been too sensitive.

Heath Slater took the gang to a strip club his friend owns and TJ got mad at Natalya for it. TJ sat in the car while everyone else was in the club. When they all got back in the car Natalya told TJ she was sorry and she would make it up to him that night.

Natalya got a call from her mom that one of the cats had thrown up on the floor. Then TJ and Natalya argued about it again. TJ said this was affecting his happiness and Natalya’s too.

Naomi talked to Alicia about her argument with Paige and she said both women were wrong. Naomi also said Alicia doesn’t know how to express herself properly. Alicia then complained about having to watch ex-boyfriend Wade Barrett in a match. She also said she thinks she’s a sucker because she thinks still loves him. Paige said that’s why Alicia has been acting crazy lately. Alicia said she was getting tired of seeing happy couples around her and being single.