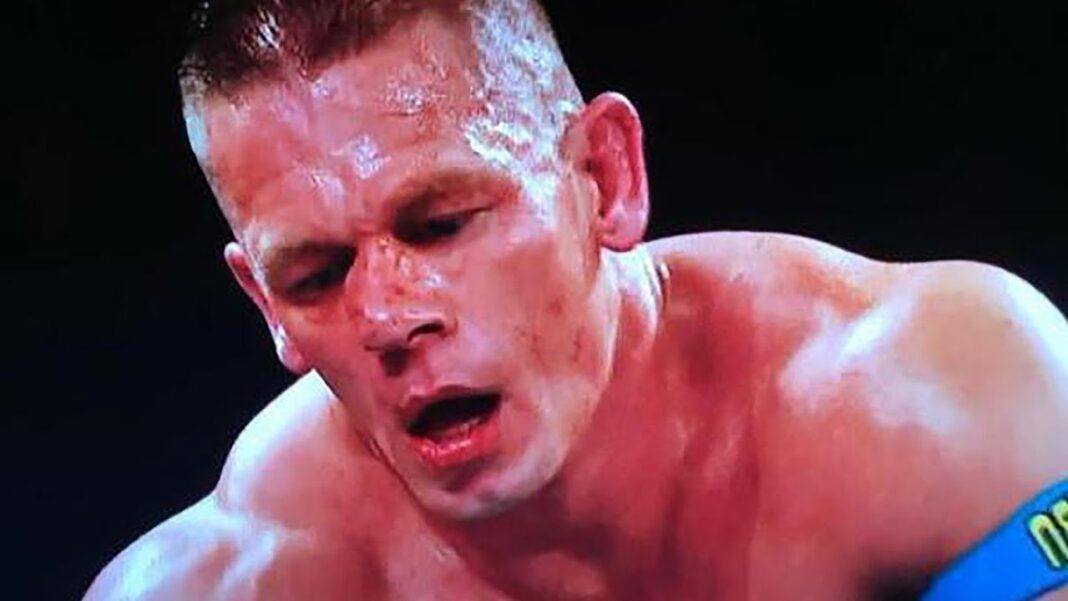 On this week’s episode of Total Divas, Rosa told Brie and Nikki she was about to meet her boyfriend’s parents for the first time. She was concerned because her boyfriend’s mom is an Atheist and her mom is deeply religious. Paige found out there was video online of her and Alicia at a bar. Alicia said this would look bad to WWE, and she didn’t want to get in trouble because she is innocent. During a RAW match, John Cena’s nose was broken. He had to have emergency surgery to repair it. Nikki said she prays for Cena’s safety every day.

Alicia said she was considering a lifestyle change now that she is almost 30 years old. Nikki and Brie did a WWE red carpet event, and Nikki fielded questions about Cena’s broken nose. Rosa and he boyfriend Bobby talked about having their baby together. They went grocery shopping to make dinner for his parents. They discussed their religious differences in relation to her mother. They said they would figure out their differences but Rosa said they keep having this conversation and not getting anything out of it.

Paige and Alicia talked about Alicia sleeping through her flight to Orlando to visit. Alicia wanted to go to the furniture store, but Paige said she was hungry and wanted breakfast first. Paige said they should have a cocktail or two if they were going to go furniture shopping. Their waiter asked them what they were doing later, and Paige said she wanted them to go bar hopping. Alicia resisted because she was trying to change her lifestyle. Paige took Alicia to a Bingo hall and said the people there were very charming. The man that sold them their Bingo cards joked that he wanted their phone numbers. Alicia said she felt her friendship with Paige was off balance. She said she was frustrated because by the time they were done Bingo all the stores were closed for the night. At a bar, Paige and Alicia disagreed on what they should be doing. Though Paige hung out at a bar, Alicia wouldn’t hang out with her.

Rosa babyproofed their house before her mom arrived. She hired a chef to make the meal for her parents. When her parents arrived, she showed them the house and introduced Bobby. Rosa said her mom and Bobby were hitting it off. Rosa’s mom asked Bobby to lead them in prayer at the dinner table, but he told her he doesn’t pray. She said she was Christian and had to pray. Then she mentioned she wanted the baby to be baptized, and Rosa said she and Bobby had to talk about it. Bobby said he wanted to teach their daughter love and passion but didn’t want her baptized. Then Bobby left the house, and Rosa went after him. He told her he didn’t know what to do but that he didn’t want to be made to feel uncomfortable. After dinner, Rosa’s mom went right to bed.

Nikki said she wanted to be home taking care of Cena, even though she was on the road to Baltimore for a show. Brie said Nikki asked to stay in her hotel room because Cena wasn’t there with her and she hated staying alone. In Brie’s hotel room, she told Nikki she had to get out because she needed her own space. Nikki said she was afraid to stay alone. When Nikki left the room, she said she hated Brie.

Paige said she had to figure out the issues between her and Alicia. Alicia said she needed a new direction in her life because she didn’t want to be a party chic anymore. Paige said she wanted to have fun and wasn’t ready to settle down yet. Paige took Alicia to a taxidermy center. She bought something for Alicia, and they left.

Nikki called Nattie and asked to stay in her hotel room. Nattie told her to come over and Nikki told Nattie Brie kicked her out of the room. Nattie said being alone sometimes is healthy and normal. Nikki said when she is alone she has nightmares. Nikki said she became a wreck when she lost her grandfather because he was like a father to her. She admitted she heavily leans on Cena for life and career advice, and she never wanted to lose that.

Backstage Nattie told Brie she was worried about Nikki. Brie said she is always scared and they get that from their mom. She also said she didn’t realize Nikki was having anxiety being alone.

Nikki went to Brie’s house and Brie said she wanted to figure Nikki out. Then she told Nikki what Nattie told her. She said people have anxiety when they have been traumatized. Nikki said she fears death and it might be because their grandfather passed away when they were only 23. Brie said Nikki has a real fear of losing people. Nikki said when Brie is near her she feels safe, and Brie said she felt bad for kicking Nikki out of her room and told her she could start staying with her. Brie said she would bring the nightlife with them when they are on the road.