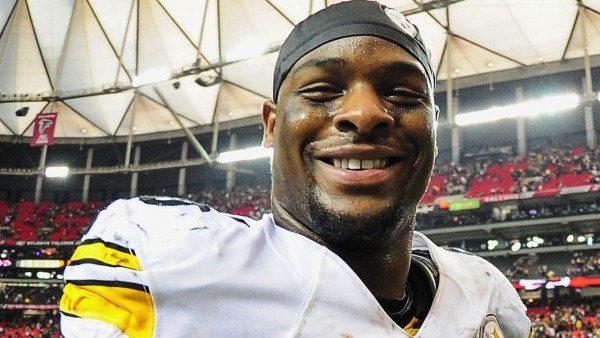 Matt Forte and Arian Foster will be looking for new teams, LeSean McCoy is in legal trouble, and now the Pittsburgh Steelers have announced that they do not have a timetable for the return yet of star running back Le’Veon Bell, who is recovering from an MCL tear inflicted on a Week 7 sideline tackle by Cincinnati Bengals linebacker Vontaze Burfict.

“We can’t even say he’ll be ready for the regular season because we won’t know that until he goes through the whole process,” said Steelers general manager Kevin Colbert. “His health and his ability to return at 100 is the most important.”

Not the best offseason so far for the NFL’s top running backs. It seems like every week another back is being told he’s too old, run out of town, injured, or arrested. Maybe it would be best if Adrian Peterson’s kid stays with his mom for the summer.

Fortunately, the Steelers still have DeAngelo Williams, who was a pivotal part of the Steelers’ late playoff push, replacing the disgruntled LeGarrette Blount and filling the gap when Bell went down with his injury. Williams isn’t getting any younger, however, and there is really no replacing the All-Pro Bell, who is widely considered the best running back in the league right now.

To make matters worse for Bell, 2016 is the final year of his rookie contract. Although it would be unlikely, missing an extended period of time could affect him financially. The Steelers, however, don’t seem overly worried about that either.

“We have signed people in the past, like Maurkice Pouncey, coming off major surgeries,” said Colbert. “As we always do, we always tend to current business and with future business. Usually, it’s after the draft.”

I think it’s safe to say that Bell’s roster spot is safe even if he were to miss the entire season; however, an early, healthy return for the running back could indeed prove to be in his best financial interest in a contract year.