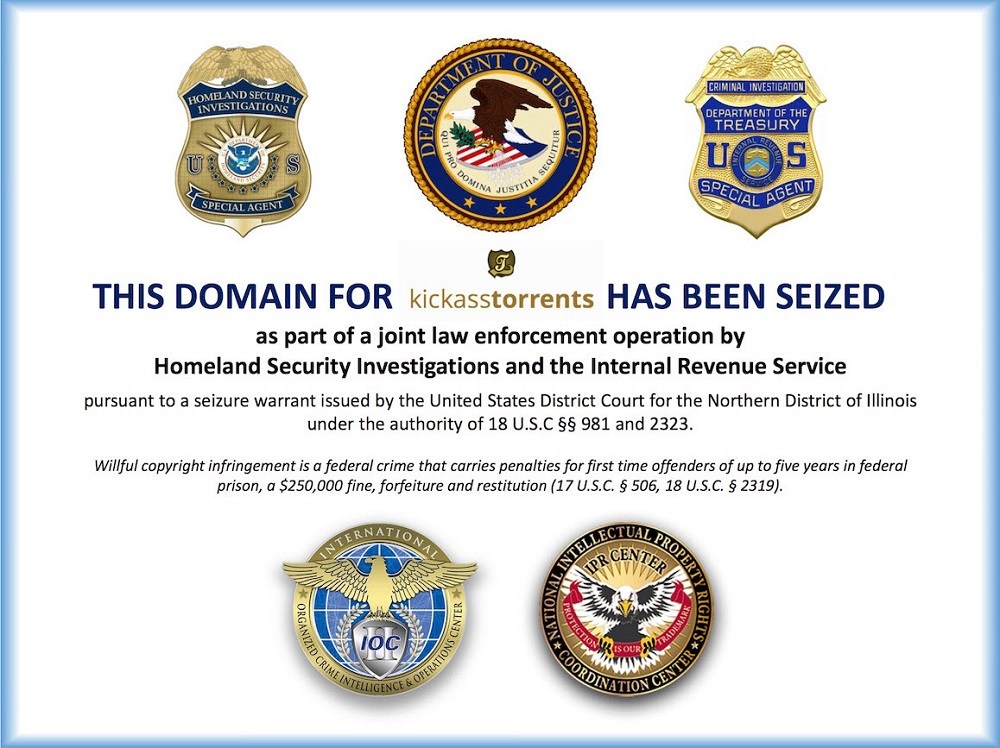 BitTorrent users and digital media pirates are alarmed that BitTorrent index sites seem to be slowly facing extinction. A few days after the top torrent site KickassTorrents was seized, another popular site, Torrentz announced that they’re shutting down. First, by removing the site’s search function, then by posting the following notice:

“Torrentz was a free, fast and powerful meta-search engine combining results from dozens of search engines” along with “Torrentz will always love you. Farewell.”

Where will the torrents sites and users go now that Kickass is seized and Torrentz gave in? There are still plenty of sites out there, but the remaining popular sites are the ever-resilient Piratebay and Extratorrent. Other torrent sites included in the top ten torrent sites of 2016 are RARBG, 1337x, EZTV.AG, TORRENTHOUND, YTS.AG and TORRENTDOWNLOADS. Aside from these, there are dozens of other less popular sites out there that will gain popularity as each of the aforementioned grabs the authorities’ attention and later face closure.

So torrent users still have plenty of places to go to get their torrent fix. A few even pop up every year to take over sites that have been shut down. But the seizure of Kickass Torrents, the continuous persecution of The Pirate Bay, the shutdown of Torrentz and the exit of admins of 1337x due to ‘security concerns’, show that the crusaders of copyright and inquisitors of IP are not letting up as long as illegal content or links to them show up on torrent sites.

To avoid persecution, torrent sites such as Pirate Bay lawfully argue that they don’t host questionable content themselves and that they cannot completely control what their users post on the site. The argument has proven to be weak against more stringent laws against copyright infringement resulting in raids conducted against Pirate Bay’s offices and server farms. To combat this, torrent sites like Pirate Bay and Kickass Torrents switch domains and create backup duplicates in countries with weak copyright laws.

KickAss Torrents duplicate sites went up shortly after the main site was taken down and its owner arrested. These duplicates, however, are not as active (if at all) as the original. The Pirate Bay also threatened that the website has several duplicates itself, ready to activate as soon as the main site is seized and even displayed the mythological Greek Hydra as its logo. Cut off one head and two more shall take its place.

Peer to peer sharing remains a popular method of sharing and perpetuating large files easily over the internet. Even Microsoft’s Windows 10 adopted the practice for Windows update and distribution. Some Linux distros and valid software also use P2P as valid forms of distribution. Downloads through P2P can be paused and resumed at any time unlike the case with straight downloads. Availability depends on how many are seeding which can be from one dedicated person to over a million users and these users enjoy a level of anonymity and immunity since while sharing, they may have the whole or just a part of the shared content.

Not all content shared through BitTorrent are illegal. There are several torrent sites that share completely legal re-distributable content such as MiniNova and SceneAccess while others are simply aggregators of search results and do not host torrent files or magnet links. However, the efficient BitTorrent method of file sharing has unfortunately earned the reputation as the main avenue of piracy. Authorities may take some time to fully neutralize peer-to-peer piracy, but it seems to be getting there. Also, with rising bandwidth and cloud storage services, the validity that torrents or peer-to-peer sharing is holding onto is slowly being eroded. Everyone will soon be able to download gigabytes of data in a flash. Services like OneDrive, Box and DropBox could soon take over as valid distribution mediums for files large and small, leaving the BitTorrent method for use in illegal activities. When that happens, ISPs could be free to block P2P signals entirely. Until that time comes, torrent sites remain endangered but far from extinction.