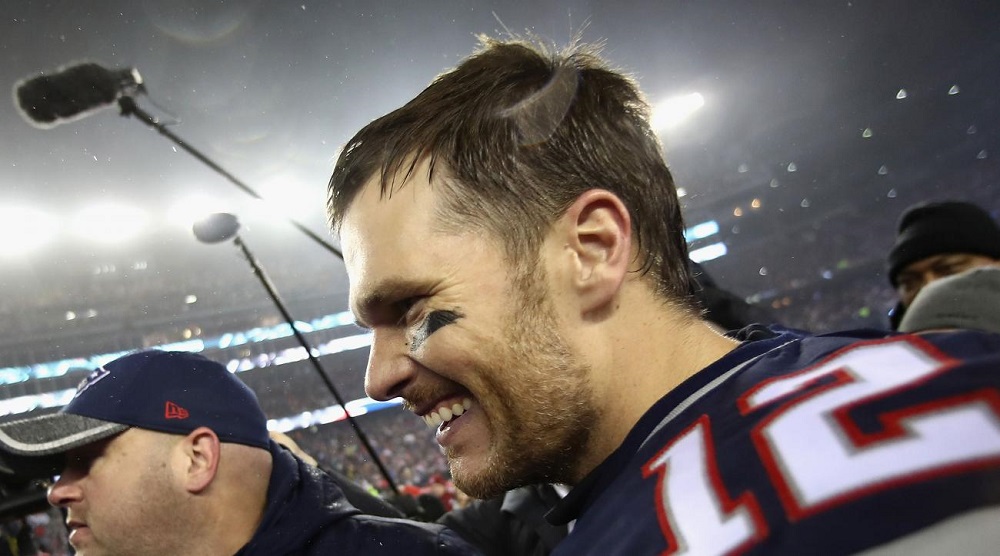 Tom Brady showed that nothing can keep him down. Not DeflateGate, haters and certainly not the Atlanta Falcons.

Just when it looked like the Falcons had won Super Bowl 51 with 25 points ahead of the Patriots, Brady and company turned the tables and won the game 34-28. This easily had to be the greatest comeback in NFL history, but it also cemented the Patriots dynasty with a fifth Super Bowl title. All of these came since Brady joined the team back in 2001.

It even made NFL Commissioner Roger Goodell look silly as he was responsible for Brady being suspended the first four games of this season.

“We all brought each other back,” Brady said after his team had scored the last of its 31 consecutive points to end the game. “We never felt out if it. It was a tough battle.” 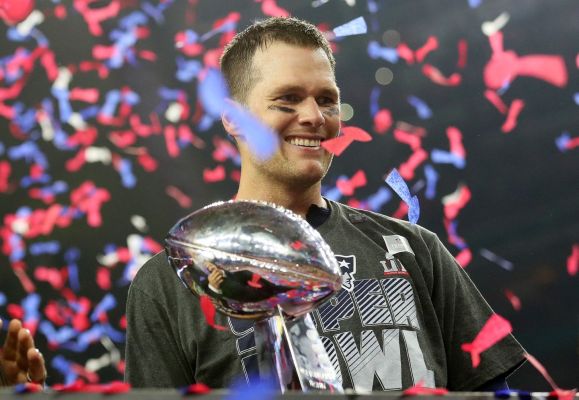 Tom Brady, Bill Belichick and the rest of the New England Patriots have long been reluctant to rank their victories. They’ve refused to label any given season, or title, sweeter than another.

It’s time to put that to rest.

This Super Bowl was lost.

New England trailed by, 25 points and Brady had a case of happy feet and a wobbly arm that made him look every bit of his 39 years. Before Lady Gaga had even dropped from the sky for Sunday’s halftime show, the pregame anointment of Brady as the greatest to ever play was being rightfully ripped on social media that, along with the scoreboard, had all but handed Atlanta this game.

Then came the best comeback ever.

No team had ever made up more than a 10-point deficit to win a Super Bowl. Brady led the Patriots on five straight scoring drives that equaled 31 straight points. The last touchdown wrapped up a 34-28 victory, yet felt inevitable and anticlimactic despite coming in the first-ever overtime in the Super Bowl’s 51-year history.

“Tom has had a lot of great ones. Tonight was one of them,” Belichick said, underselling the obvious.

Though New England still trailed by eight, this game felt more-or-less over when receiver Julian Edelman somehow wrapped up a pass that was first deflected by Atlanta cornerback Robert Alford, then bounced off Alford’s knee and his thigh. Edelman trapped the ball against Alford’s foot, then got both hands underneath the pigskin. The catch was upheld on review. It was good for 23 yards and a first down at the Atlanta 41 with 2:03 left.

It matched, or exceeded, what David Tyree of the Giants did nine years previously when his football-on-the-helmet catch led to the end of New England’s quest for an undefeated season in the Super Bowl.

“I knew I caught it,” Edelman said.

The catch highlighted New England’s 91-yard, game-tying drive and extinguished whatever fight was left in an Atlanta defense that looked unbeatable for 2 1/2 quarters – never more than when Alford intercepted Brady and took it 82 yards for a score that made it 21-0 late in the second quarter.

“Why didn’t he Highstep that Thang,” tweeted the former Falcon, Deion Sanders. Indeed, it felt like prime time for a celebration in Atlanta, a city with a long history of sports mediocrity and collapses, but nothing quite like this.

And believing in Brady.

After the game, the NFL distributed a list of new Super Bowl records that took up nearly three-quarters of a page. There were 24 in all, the majority related in one way or another to the quarterback: Yards passing (446), pass attempts (62), completions (43), MVP awards (4), career wins (5, tied with Charles Haley, but now ahead of quarterbacks Terry Bradshaw and Joe Montana).

“He’s laser-focused, and the entire time, there wasn’t a time where we looked at Tom like he knew this thing was over,” Patriots receiver Chris Hogan said. “There wasn’t a doubt in my mind. We have one of the best quarterbacks that ever played the game.”

Another record belonged to running back James White – New England’s latest go-to guy on its long list of interchangeable parts. White’s three touchdowns and one 2-point conversion equaled 20 points. That knocked Denver’s Terrell Davis and about half of the 1980s and ’90s San Francisco 49ers out of the record books.

Those Niners made a habit of putting on clinics in pinpoint perfection that made opposing defenses look invisible in a series of pick-your-score blowouts.

In capturing title No. 5, the Patriots were perfect by necessity.

“When you fall behind by a lot in a game like this, you have to make a lot of great plays and have a lot of things go right,” offensive coordinator Josh McDaniels said.

Not everything went right for New England: Stephen Gostkowski clanked an extra point off the upright after New England’s first touchdown made it 28-9. Then, after the Patriots had pulled within eight, Matt Ryan hit Julio Jones for a tip-toe catch that gave Atlanta the ball on the Patriots 22 with 4:40 left.

A field goal would have sealed it. Instead, the next four snaps resulted in a minus-23 yards, including Trey Flowers’ sack and a holding call that forced a punt.

Brady got the ball at the 9 with 3:30 left. Ten plays later, including Edelman’s catch, White plowed in from a yard, then Brady threw a bubble screen to Danny Amendola for New England’s second straight 2-point conversion.

It was tied at 28, and the only drama left was whether the Patriots would win the coin toss to start overtime. They called heads and it was. Less than 15 minutes later, in real time, confetti was flying.

“That’s for you guys to decide,” was Belichick’s pat answer when asked if this was the sweetest of them all.

His boss wasn’t playing that game.

Robert Kraft stood on the podium, smiling away while commissioner Roger Goodell shouted into the microphone so he could be heard above the raucous boos raining down on him during the trophy presentation.

Goodell is Public Enemy No. 1 in New England because of “Deflategate” and the four-game suspension he handed Brady to start this season.

“A lot has transpired over the last two years, and I don’t think that needs any explanation,” Kraft said. “But I want to say to our fans, our brilliant coaching staff, our amazing players, who are so spectacular: This is unequivocally the sweetest.”