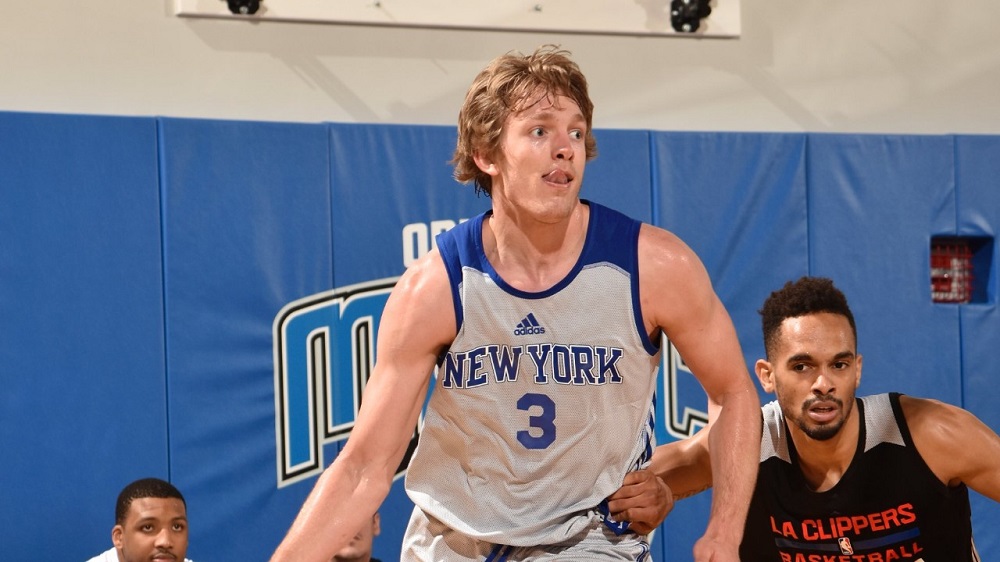 If you’ve ever seen the players’ parking lot at an NBA arena, it’s a lot of what you might expect: Mercedes, BMW, maybe a Ferrari or two. If you’re in the Madison Square Garden players’ lot, you may even see a Hyundai Sonata—that would be Ron Baker’s ride.

“The first couple of times I pulled up to the MSG parking lot and told the security guard I was a player, the guy did a double [take] and seemed skeptical,” said Ron Baker, explaining his humble NBA beginnings. “But now when they see my Hyundai Sonata roll in, they know who it is, and that business is coming.”

The undrafted rookie only recently earned a guaranteed contract with the New York Knicks after spending some time with the Westchester Knicks of the NBA D-League. Chants of “We Want Baker” can often be heard inside the Garden towards the end of games.

Last month’s 116-111 win over the Milwaukee Bucks is a perfect example of why fans love Baker. Down 13 at the beginning of the fourth quarter, head coach Jeff Hornacek seemed to have given up. Baker was tapped to start the quarter and ended up helping ignite a comeback with six points (4-of-4 from the free throw line), four assists, and a drawn charge late in the game.

“Amazing minutes, big minutes,” said Knicks star Carmelo Anthony of Baker’s performance. “One of the biggest reasons we came out with this victory. Any time you give us major minutes and be a big part of what we were doing out here, he showed something tonight.”

Now, the Wichita State walk-on from Scott City, Kansas, with a population of about 4,000, has energized the largest city in the United States. His teammates, however, never fail to remind him that he’s still a stereotypical country boy.

“Sometimes when I walk into the locker room, Carmelo will start talking like a cowboy and be like, ‘You from Kaaaansaaaas, home of James Naaaaaismith,’” said Baker with a heavy dose of good old-fashioned Southern drawl. “It’s gotten more hysterical as I’ve gotten to know the guys.” 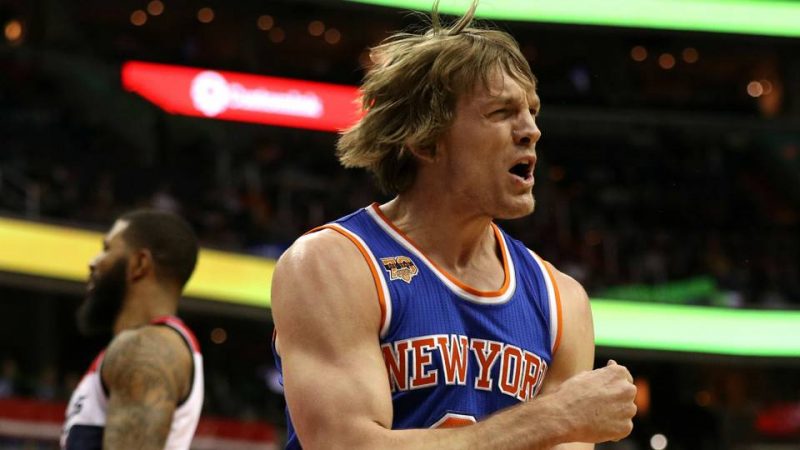 Of course, there are many other adjustments that Baker has had to make playing in New York City. As he learned quickly, he’s not in Kansas anymore.

“In Kansas, you base all directions on where the sun is,” said Baker describing the 45-minute drive from White Plains, New York, to the Garden. “It’s something you just naturally do. Here, sometimes you can’t see the sun because of the buildings, and I’ll be like, ‘I don’t know where I am.’”

Baker isn’t the first point guard to excite the Big Apple. Jeremy Lin had his period of “Linsanity” when he led the Knicks on a short win streak which included a victory over Kobe Bryant and the Los Angeles Lakers.

While there are some similarities, Baker has a way to go before “Bakersanity” can be declared. Lin’s play landed him on the cover of Time in Asia, the No. 1 selling jersey for two months, a 3,000 percent increase in web traffic to the Knicks online store, a 39 percent increase in TV and online ratings for NBA games in China, and his own line of Nike and Adidas clothing.

So, maybe Baker won’t get “Sanity” at the end of his name, but hopefully, he’ll stay around a little longer than Lin. He has earned the respect of the fans, players, and coaches, and no one expects him to be a superstar, so he may be there for a while.

“Obviously the coaching staff has a lot of trust in me and to play behind two great point guards in Derrick [Rose] and Brandon [Jennings] I get to learn a ton from them. It gives me the confidence to go out and play.”

He may not be the best player on the court, but at least Knicks fans have something to believe in again.