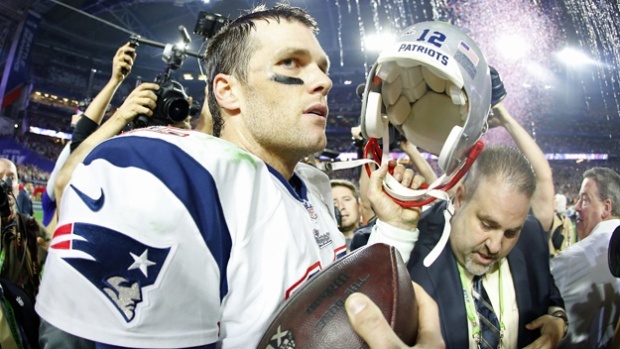 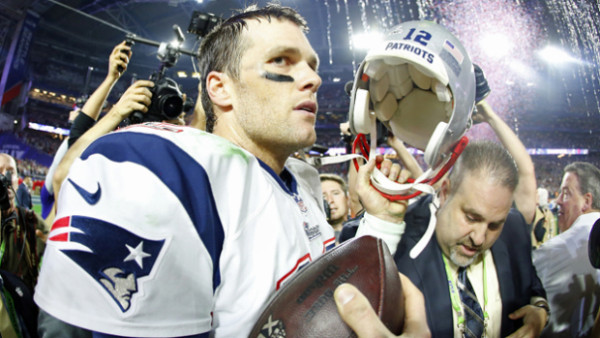 30 hours was not enough time for Tom Brady to digest the Wells Report, he said in an interview with Jim Gray. Brady said he would let everyone know when he had a response to the report on Deflategate that stated that the four time Super Bowl Champ was “at least generally aware” of the football tampering. Anti Brady people see this as lawyer speak and think the Patriots QB is covering his own ass. The pro-Brady camp sees the report as nothing more than guesswork and circumstantial evidence against their hero, so any response he makes with be greeted with thunderous applause.

I don’t blame Tom Brady for being very careful with his words. His official response to the Wells Report should be carefully crafted. Everything he says will be picked apart for 24 hours by dozens of commentators looking for one little nugget of info that doesn’t line up with what he said prior to the investigation. If I were Brady I would offer a minimal response at best. The report offered minimal proof that he had knowledge of the releasing of air pressure from footballs. The report’s biggest piece of evidence against Brady is in the form of the two equipment guys texting back and forth with each other, joking about Brady complaining about over inflated balls in other games. I know this is not a court of law, but if it were, Brady would walk away scot free. 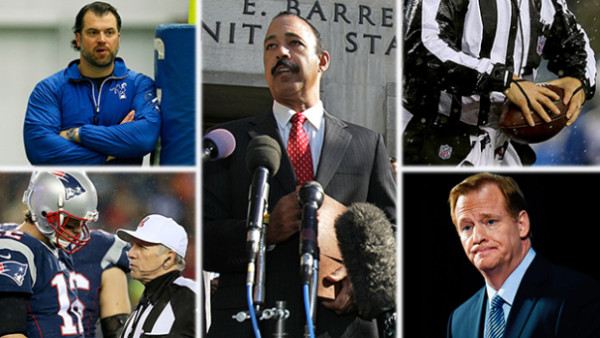 Tom Brady‘s agent, Don Yee, has not shied away from commenting on the Wells Report and backing up his guy. Yee isn’t watching his words at all. Appearing on ESPN’s “Mike & Mike” show, he basically mocked the report saying that their wording on evidence of Brady “probably having general knowledge” of the deflated balls was the lowest standard of “proof” in legal terms. Yee also stated that the report accused Brady of being uncooperative even though the quarterback spent a day answering questions from four, count ’em, four lawyers.

The report makes it look like Brady has something to hide because he would not turn over his phone records to Ted Wells. I can certainly see how that looks shady, and it could well be to hide something regarding texts Brady may have sent to the equipment guys, McNally and Jastremski. However, if I’m Tom Brady I am not giving up my personal phone records to anyone! That would be a recipe for disaster. And no I don’t care that Wells stated that Brady’s lawyer could be present to make sure no personal details were seen by the investigators. In case you haven’t noticed, personal data gets leaked all the time without people knowing it got ripped off in the first place. Tom Brady just handing over his personal phone could have resulted in all kinds of data being released to the public. This guy is one of the most recognizable figures in sports worldwide. He had way more to lose than the average Joe by giving someone access to his phone records. 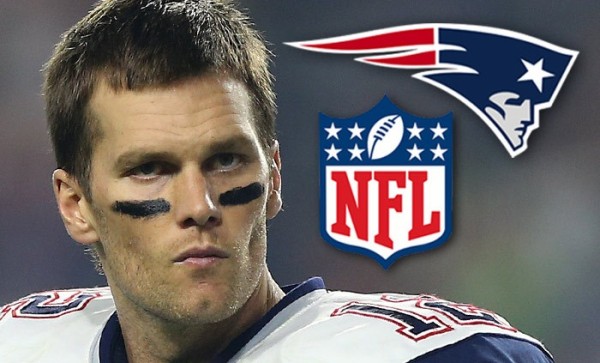 Opinions on Brady’s legacy are flying fast and furiously. Everyone has a take on how the guy should be perceived historically. Spygate and now this Deflategate scandal have everyone from politicians to Browns coach Mike Pettine weighing in on cheaters in sports. I doubt Tom Brady even knows who Pettine is and I’m not sure why Pettine would comment at all since there is no danger of his team being in a playoff game versus New England anytime soon. Back to the shallow end Mike.

Of course there is still the looming NFL punishment for Tom Brady and his likely appeal. The so called evidence in the Wells Report, while flimsy, apparently meets the burden of proof to the point that many insiders believe a suspension is coming. That will be the next chapter of this saga that has no end. It’s hard to imagine the highest profile QB in the NFL being suspended due to an investigation that was lacking any cold hard facts.

Brady may wait and see what his punishment is before making an official statement. That might be wise since he doesn’t want to have to march up to a podium too soon only to have to go back and defend himself again once any penalties are handed down. I’m sure he will have a polished statement ready once he does hold a presser. If I were writing a statement for Brady in response to the Wells Report, it would be short and sweet as follows. “They got nothing on me. The Wells Report was a witch hunt using guesswork. Scoreboard, look up at it. Four time Super Bowl Champion, breeder of supermodels, and future POTUS if I so choose.”

The NFL may well suspend Brady and could punish the Patriots in some way. That will satisfy the “law and order” crowd who believes all rules must be adhered to so society doesn’t crumble. That’s a lovely notion, but in my eyes deflated footballs are not the biggest issue in the world. And every team does something to get an edge. Think no player on the Colts or Ravens roster had HGH in his system during those playoff games? Think the ball wasn’t spotted an inch or two off in those games? Think a pass interference call wasn’t missed by a ref that may have not gotten eight hours of sleep the night before? Football is not a perfect game. This is not a perfect world. If we keep reaching for an excuse for every single thing that happens in sport, soon there will never be an untainted championship. The Patriots are world champions, none of this is going to stick to Tom Brady long term, the opponent’s playing in those games have moved on and so should everyone else.