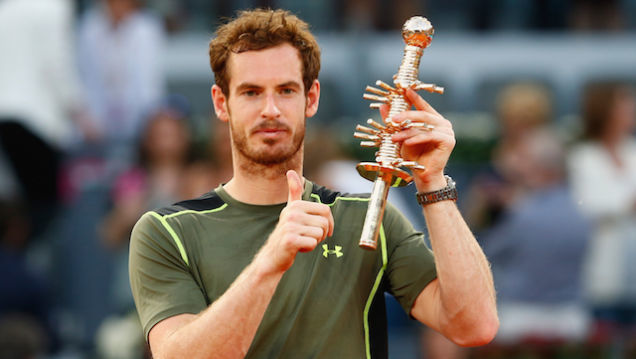 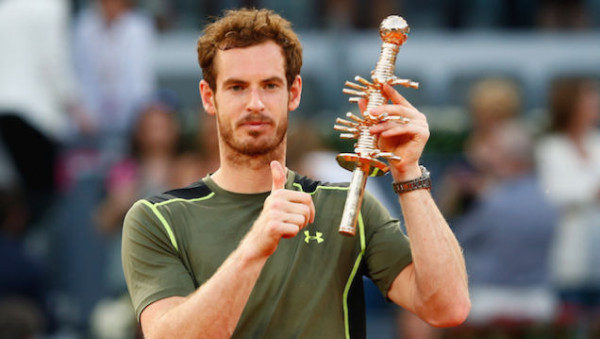 Rafael Nadal was aiming for his fifth record win at the 2015 Madrid Open, but Andy Murray, who’s been running on fumes, dug deep and took the title for himself. The number three ranked tennis player hadn’t been able to beat Rafi in six of their previous matches on the clay surface, but he took the Spanish tennis star out in two sets, 6-3, 6-2. This was a natural stunner to his home crowd.

The 27-year-old, who won his first clay-court title in Munich on Monday, has now secured two in under a week. 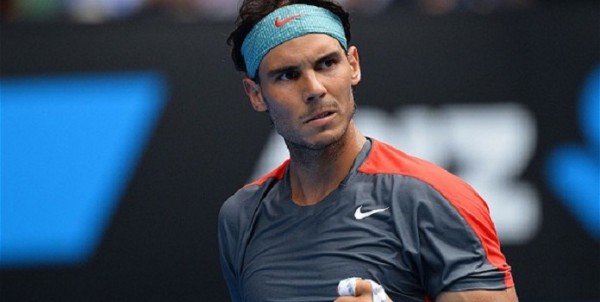 “I played a good match,” Murray told Sky Sports. “I made very few errors and changed the height of the ball extremely well, which was part of the reason why he was mistiming a few shots.

“I used the second serve into the forehand a lot and that worked well because I was able to get him moving. I dealt with all of the nervy moments I had in the match pretty well.”

Nadal had reached the final without dropping a single set, showing signs of his best form ahead of the French Open later this month.

But defeat means he slips to seventh in the world rankings, the first time he has been outside the top five in a decade.

The Mallorcan will be aiming for a 10th title at Roland Garros, but on the evidence of Murray’s performance in Madrid, the Scot will be just as strong a contender.

“I have played well at Roland Garros in the past,” Murray said. “Last year my game was not ready to win, whereas the previous time against Rafa there I played well. I don’t think I would go into the French as one of the favourites but if I play like that I’ll give myself an opportunity.”

Full of confidence following his triumph over Philipp Kohlschreiber at the Munich Open on Monday, Murray started brilliantly to win 12 of the first 14 points and establish a 3-0 lead.

Murray was powerful, patient and aggressive but still had to defend three break points on his way to taking the first set.

Despite signs Nadal was recovering his composure, Murray broke again immediately in the second, showing the same focus and determination that epitomised his powerful start to the match.

Having held his serve, the Scot emerged from a 21-shot rally with another break point, wasting it with a forehand smash into the net before being gifted a 3-0 lead by a Nadal error.

With the double break secured, Murray held his nerve to seal the 10th Masters title of his career and celebrated by writing ‘marriage works’ on a camera lens in reference to his recent marriage to long-term girlfriend Kim Sears.

“I’ve always said if the personal stuff is happy and under control that helps your performance on the court,” he added.

“But I also feel healthy this year and I have trained well. I’m in much better shape on the clay than I have been for a number of years.”