It’s the Thursday grind and the Christmas Eve pressure is on. Oh, it’s just me? Okay, okay. Well, to help me and others in my boat cope, here are some gossip and news highlights, because hearing about crazy stuff always helps me get through hard times. Tyler Perry’s main actress Tasha Smith has finally gotten out of her long marriage, Steve Harvey will be back for Miss Universe, and 50 Cent is taking Rick Ross to court.

You know you really went through some stuff for a judge to grant an annulment for your five-year marriage. That’s exactly what happened to actress Tasha Smith.

Smith was married to Keith Douglas, who filed a restraining order against her in 2014 even though they lived in the same house. He says he felt threatened by her, but I am sure that there was something way more sinister at play. She then filed a countersuit and from those actions, the public was made known about some pretty messed up things concerning Douglas- He’s a fraud.

In fact, after she filed for divorce a month later, she was ordered to pay him $7000 a month in spousal support.

With all of that, according to TMZ, after a year in the courts and battling Douglas and his lawyers, it seems that Smith has finally gotten the relief she was hoping for. The marriage has been annulled on the grounds of fraudulent activity. Not only has Douglas been married five times before Smith (she didn’t know), he lied about the umber of kids he has, he hasn’t filed taxes for nearly ten years, and he touted himself as a man of faith which his actions showed otherwise. Even the judge said Smith is smarter than to marry a man like that willingly.

“She in no way would have jumped within a few months at the chance to be bride No. 6.”

Merry Christmas to you Ms. Smith! 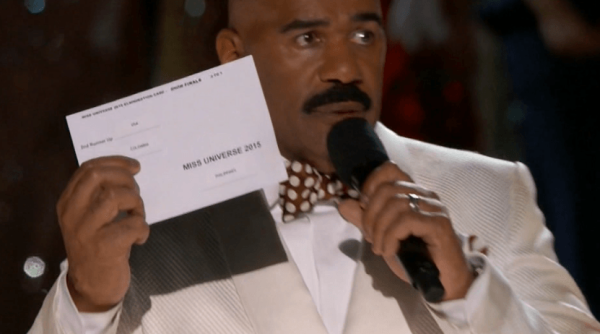 In life, it’s not about how far you have fallen, but about when, if and how you get back get up.

Steve Harvey is coming back ya’ll. He has reportedly signed a multi-year deal to host the Miss Universe pageant. According to Entertainment Tonight, he is under contract to host the competition for several more years.

To be fair, he signed the contract before his epic fail on Sunday where in named the wrong woman as 2015’s Miss Universe, which begs the question is the contract still in place. When asked to confirm if he will indeed be back to host the pageant in 2016, a representative for the pageant said, “We do not disclose any information on our contracts.” What a safe answer.

My bet is he’ll be back. 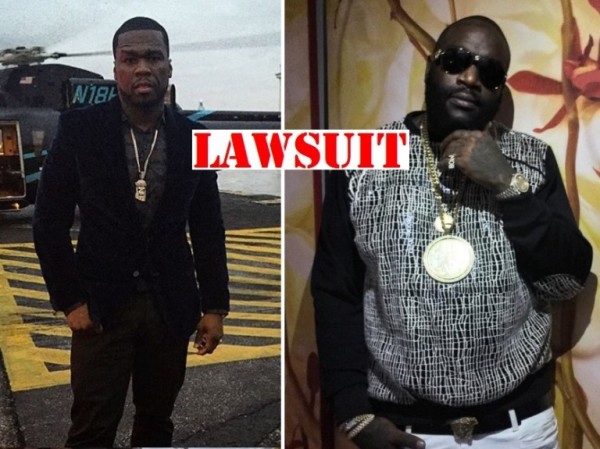 Will the drama ever stop between these two powerhouse rappers? If they aren’t dissing each other or sleeping with the other’s baby momma, they are slapping each other with lawsuits.

This time around, 50 is suing Rick Ross for raping over his “In Da Club” beat on the Renzel Remixes mixtape. According to TMZ, 50’s suit cites that Ross used the song without permission on his recent album (that was pulled from Wal-Mart shelves thanks to Donald Trump) Black Market. 50 wants $2 million! Talk about a pay day.

This comes on the heels of the New York rapper making fun of Ricky for the projected album sales of Black Market being less than impressive in the first few days. He said during an interview,

“Is that a rock or is that a brick…34,388 copies and you know they went and bought some. Anybody would’ve panicked when you saw the number trending.”

Fiddy really has no chill. I mean, even after Rick Ross tried to put the whole beef to rest, he still can’t let stuff go. Ross recently told Ebro of Hot 97’s that the situation, for him, is dead.

“This situation is dead; it’s beneath me on a lot of levels… “I made that statement on IG, and I meant it… it’s the truth, and I meant it. And I’m still processing the application, and if you ever want to see Rozay you could book me. I’ll come to you mama house…I’ll bring Wingstop too. So for the 20th time, I never entertain that, you should never entertain that. Rozay ain’t nobody you want to come see. That’s just life.”

I’m glad at least one of them is acting like an adult. Just Squash the beef already guys.