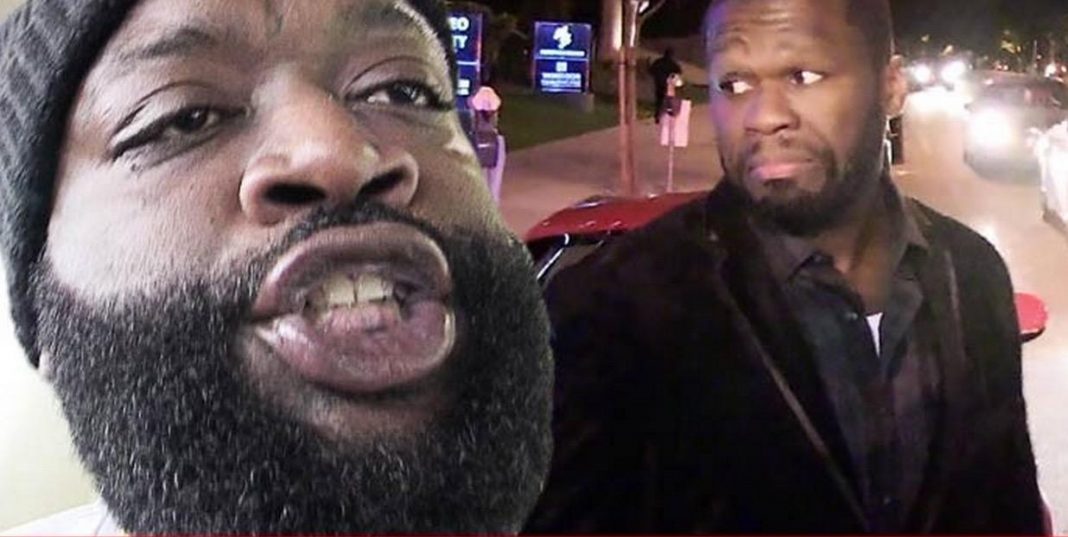 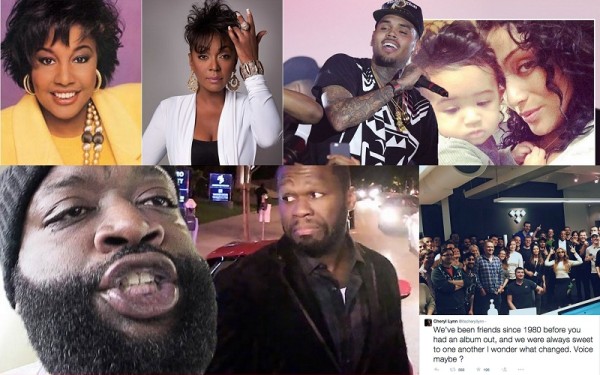 It might have been a short week with the holiday, but these crazy celebs have up the drama starting with our favorite limelight stealer, Chris Brown. Jay Z‘s Tidal is still crashing around him and Rick Ross wants more than 50 Cents is willing to give. 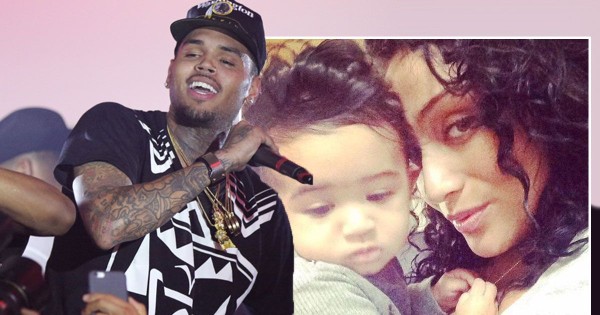 Chris Brown A No Show at Baby Royalty’s Birthday Party

It’s seems like Chris Brown cannot win for losing. First he apologized for his somewhat crazy behavior and the “Twitter beef” he started with Tyson Beckford after he saw a picture of him and Karreuche Tran. He said, and I quote, “I’m light skin! I’m always in my feelings.” Um okay (at least he acknowledged that he needs to go sit down somewhere).

Now, it is being reported that he didn’t come to his baby’s one year birthday party nor did he give her momma any money to take care of it. Um, it was at Chuck E Cheese, how much can some fucking pizza and soda cost?

This is what I don’t get about baby momma’s and yes, I do think that they do the most a lot of times, especailly the ones with famous baby daddy’s. Why do they always say that because the father is not GIVING them money for their child, he is a deadbeat dad? If he is taking care of his child, giving her the things she needs and making sure she is kosher, why are you tripping? Anyway, that is a whole other article in itself.

It is further reported that Chris didn’t show up for the party because he was shooting a video in Miami with Pitbull. Remember people, there are always two sides to the story and in order for his baby momma to get the money from him, he has to make it right? 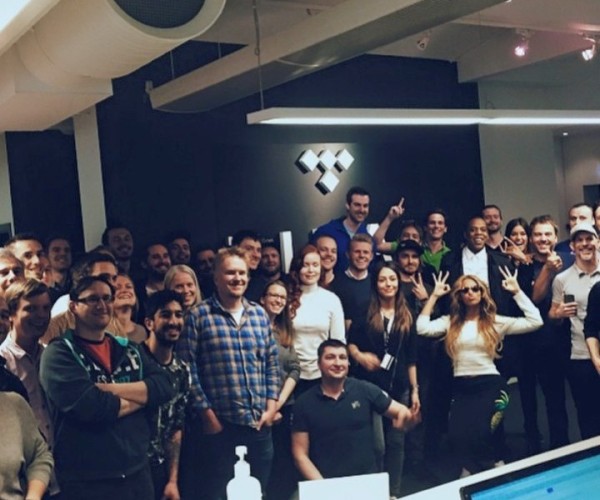 Jay Z is about the money. He’s about making shit happen. He’s about helping his people, black people to be specfic. Or is he? Well, Black Twitter sure doesn’t think so and they have been letting him have it over a picture that was posted of the staff of Tidal, his online music streaming venture. Black Twitter and other black people for that matter are particulary upset that there were no black people AT ALL in the picture.

If you look at the picture, there really wasn’t any other ethnicity, from what I can see, in the picture. There are so many reasons as to why this is the case and this is also my issue with black folks. Now don’t get me wrong, I am all about my people, but sometimes we get it totally wrong.

First of all, Jay Z did not create Tidal. He bought it. That means that there was already a staff and other people in place. For him to come in and totally fire everyone just so he can hire black people is not the business. Secondly, it is based in Norway where 97 percent of the population is white. Let’s look at the facts and not just the surface when we see things like this. There are so many factors to consider. I’m just saying. 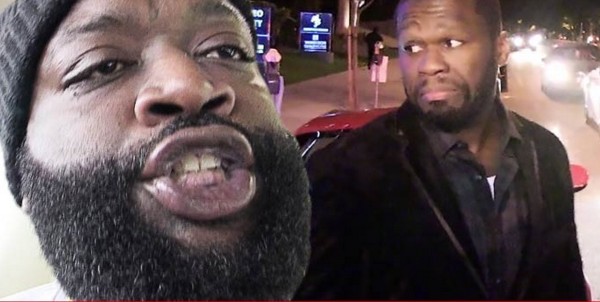 For those that don’t know 50 Cent and Rick Ross have been in the middle of a lawsuit over an sex tape involving Ross’s ex-girlfriend and baby momma.

The lawsuit claims that Ross is responsible for the shocking tape featuring Lastonia Leviston being released to the masses via one of 50’s websites. Leviston sued Fifty for releasing it which he says that he didn’t release it per se, just provided a link to it on his website.

So pretty much if 50 Cent loses to Leviston, he is going to turn around and sue Rick Ross. Wow. I just can’t with him. I don’t really care for him as a rapper or a man for that matter because he’s arrogant and obviously petty. I mean, who does that? “If that bitch sue me, Imma sue you.” Get out of here with that shit.

Once more, Ross has finally responded to the lawsuit saying,

“…Clearly another attempt to draw attention to his descending entertainment career and one of several desperate, last minute attempts he’s made to avoid and deflect legal and financial responsibility for his own actions related to the pending New York City civil trial in which he’s a defendant.”

The sad part is, that very well could be the case. Come on 50. I thought you had the Power. 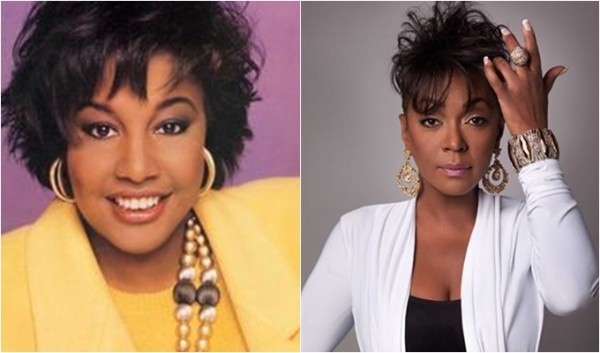 Who says that Twitter beef is just for the young and desperate? Veteran R&B singgers Anita Baker and Cheryl Lynn engaged in a Twitter beef (well really it was just Lynn) for the books when Lynn initated a tirade against Baker on the social media plattform earlier this week after the “Sweet Love” singer blocked Lynn.

She posted a screen shot of the blockage and it was immediately clear that she felt a certain kind of way about the whole thing. Needless to say, it got real personal and real petty quick. 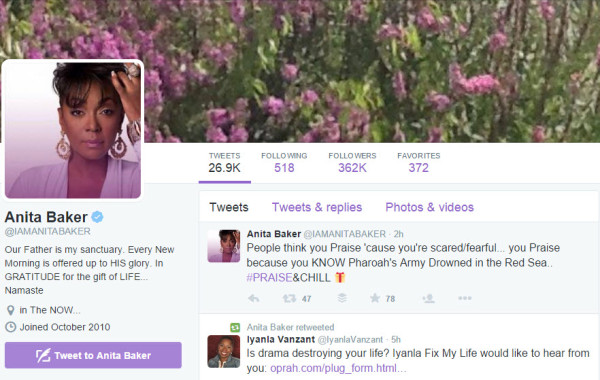 “Really girl, I thought we were cool. I guess I should’ve known something was up when you ignored me… What did I ever do to you? Oh, I get it probably cuz I will sing you down on the stage is that it?

She goes on further to say,

“I’ve been nothing but sweet to you, and I get blocked…”We’re too OLD to be petty, just call me and we can settle this like adults. Ppl (people) look up to us. We’re OG’S (originals) in this biz.”

For the record, yes they are too damn old for that shit, but I do understand the emotions that go into finding out a friend (or someone you thought was a friend) blocks you or unfriends you on social media.

She cleared it up later by saying,

“…There’s no beef between me and Anita. I just needed answers that she wasn’t giving this was the only way. #AllLove”

See now that’s how you have Twitter beef. Say how you feel, call them up, talk shit out and then let everyone know it’s all good.