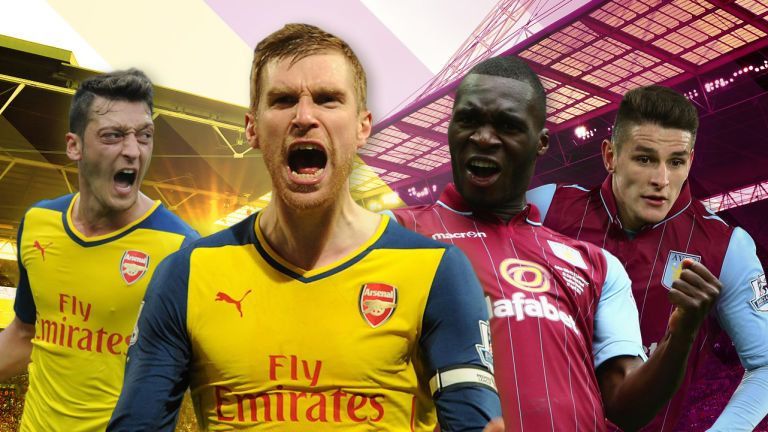 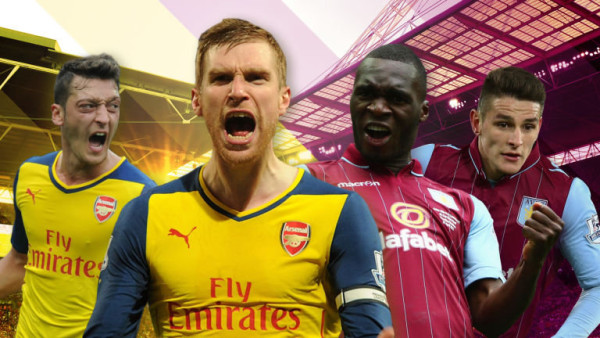 With the Premier League wrapped up, all eyes would be on the Saturday’s FA Cup final as Arsenal take on Aston Villa at Wembley.

In the 2014’s final, the Gunners defeated Hull City 3 – 2, thereby capturing their 11th FA Cup trophy. At present, they are tied with Manchester United for being the most successful team in the history of this tournament. Aston Villa aren’t much behind these two giants of English football. The Villa Park based team has lifted the trophy seven times and their first triumph came in 1887.

If Arsenal register a win at the weekend they’ll become the eighth team to successfully retain the FA Cup. Arsene Wenger’s men are definitely the favorites as Villa haven’t featured in the final since 2001. Although the underdogs, the Clarets and Blues have already defeated three Premier League outfits in the competition so far. Brendan Rodgers’ Liverpool were also eliminated by Tim Sherwood’s side. Hence, the North Londoners should be wary of the threat that Benteke and co. could pose to their silverware aspirations.

The Gunners’ boss has conceded that it won’t be an easy game at the Wembley but they are ready for the challenge as they’ve worked very hard to reach this stage.

“It’s not easy. I would love to do it but I’m not honestly focused on that,” Wenger said.

“I’m more focused on the fact that we have fought so hard to get there. Now we want to finish the job. 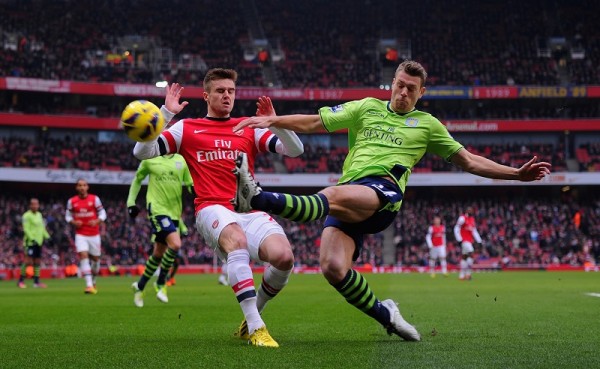 Tim Sherwood has insisted that they would Arsenal a run for their money on Saturday.

“We know we are the underdogs, we know that Arsenal have been there and done that,” Sherwood said.

“They are the holders of the trophy and it is going to be very difficult for us but we are not just there to make the numbers up, but to give them a good game.

“The boys performed on a big stage against Liverpool and we thoroughly deserved to win that game and we are hoping we can do the same against Arsenal.”

In the league meetings, Wenger’s men earned a double win over the Villans. The 3 – 0 and 5 – 0 victories and the finish fourteen places above them on the table make Arsenal a safe bet.

The fate of the seventh place Southampton is also attached to this game. If Arsenal clinch the prize then the Saints will qualify for next season’s Europa League. But if Aston Villa defeat the holders, then they’ll qualify for Europe themselves.