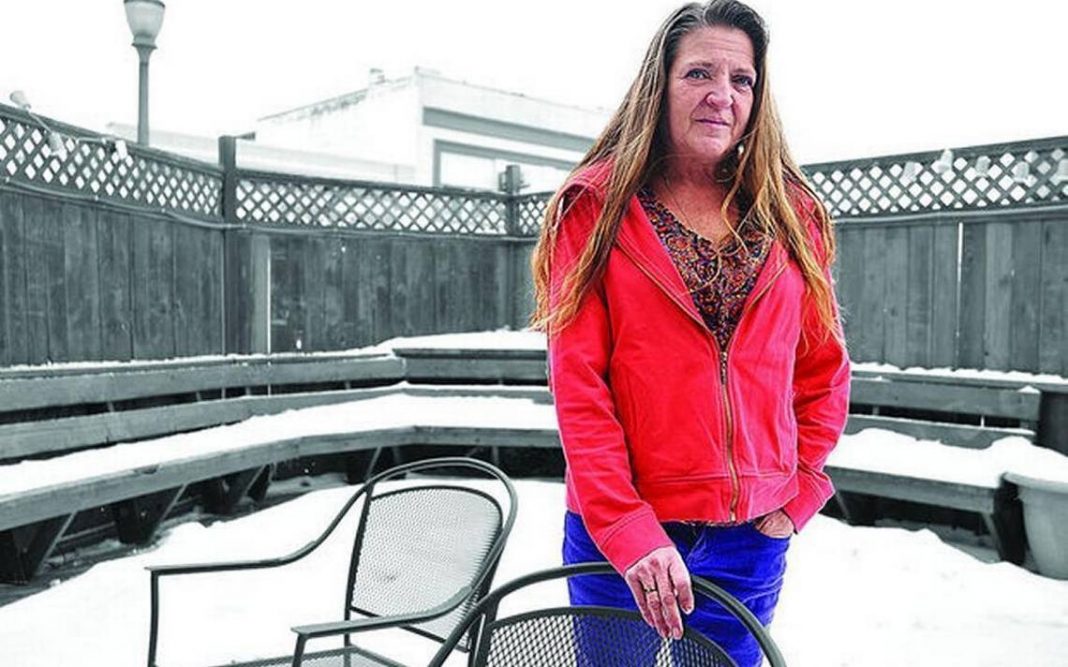 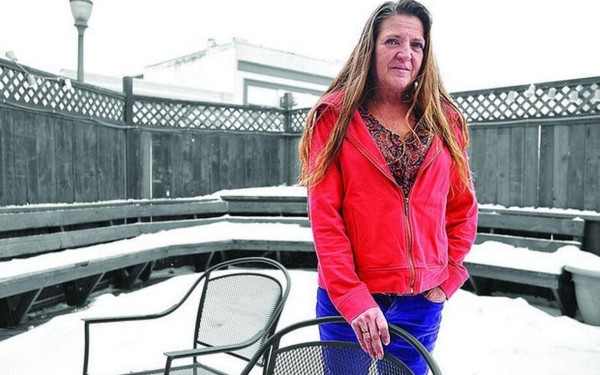 It’s not surprising that after all the media attention, the Pocatello/Chubbuck School District No. 25 is quickly reversing itself. After tens of thousands of people signed an online petition asking the school district to reinstate Bowden, the school district released a statement Wednesday night, announcing, “In the spirit of the holidays, Superintendent [Doug] Howell advises that the District has been in communication with Ms. Bowden extending an opportunity for her to return to employment with the District.”

Bowden posted a public status to Facebook today saying she has “yet to get a phone call” from the school district about getting her job back. She asked for the public’s “input regarding my job” and added that she felt she would be “walking on eggshells with the school district” if she accepted the offer.

“Nothing is going to be the same,” she wrote. “What do I do the next time a kid is hungry? I feed just to get terminated? Please give me your input.”

The school is not responding to any calls or e-mails which is to be expected.

They couldn’t even include my last check :(

Hospitality workers, which I will define as people who work in the food service industry or accommodations industry, can find themselves in ethical dilemmas more than just occasionally. This is especially true for the workers that work at the lower-end of the service scale. Food and shelter are both requirements for survival and charging for it, even to people who can’t afford it, can put some people in a war between obeying their conscience, which tells them to be philanthropic, and obeying the market, which dictates that company products/services must be sold at a profit.

In recent news from KDSK.com, it has surfaced that a lunch lady in Idaho gave free food to a 12-year old in a school cafeteria. She, the lunch lady, was subsequently terminated for theft according to a report from KDSK. A knee-jerk reaction petition followed her termination, one that is reportedly signed by thousands of people that support the lunch lady, one Dalene Bowden.

Situations like the one that Bowden was in are not that uncommon, and I’m not surprised that a school cafeteria was the setting because, as far as food service goes, cafeterias are budget friendly. I’ve worked in hospitality jobs, both in swank places and budget places in the past. In my experience, major ethical situations that can afflict hospitality workers do not normally affect workers in high-end businesses – the customers can afford the product there easily.

I’ve worked at multiple resorts in the Vancouver Island area and at no time was I ever put in a position where someone needed, for survival purposes, the food or shelter that I earned a living selling. The resort food and the shelter were comforts for the patrons, not necessities. The ethical decisions in those resorts were a little more trifling – like should I let a millionaire and his sugar baby use the swimming pool after hours when he might make noise that affects people trying to sleep.

But I have faced decisions that troubled me at other types of accommodations that were not high-end. For example, in Jasper, Alberta one night, when I worked a hotel’s graveyard shift, I had someone approach front desk at 2 am in the morning who was clearly, in my judgement, incredibly fatigued. He claimed that he didn’t think he could keep driving to the next town, one which was 45 minutes away and reputed for lower-priced hotel rooms, without being a danger on the highway. The time of year was winter, the frigid Alberta temperatures meant he couldn’t really sleep in his car, and the hotel had plenty of empty rooms.

He claimed that he only wanted “a closet to sleep in” and was hoping for something in the $40 per night range, which was basically the price you would get for a hostel bed in Jasper – not a middle-of-the-road private hotel room. One set of thoughts that went through my head had to do with him being on the highway all night and continuing to drive when he clearly looked as though he was ready to fall asleep at any minute.

But I also thought about the supervisor that would see the rate the next morning. I was aware of the hotel’s minimum selling price of about $99 at that time of year, and I held the line, knowing that a $40 room wasn’t in the hotel’s interests at all. I thought about MY OWN well being and that underselling the company’s bottom rate might put me in harm’s way once it was noticed by a supervisor or manager. From this point of view, I viewed the man not as someone that I should help, but someone who could drag me down: the rescuer can become a victim.

“We don’t have closets for rent,” I retorted.

In this case, the guest paid the $99, and no drama developed. So, the reader might ask, where’s the analogy?

It’s one that doesn’t entirely relate to the lunch lady situation. After all, a 12-year-old hungry girl with no money isn’t a full grown and sleepy man who actually has money but is just cheap. However, that Bowden and I shared a dilemma in a hospitality business setting is worth noting. It’s also worth noting that I survived the situation and went on to become a hotel manager at a different property in Alberta.

In that capacity, I held the line on countless other occasions where someone with little or no money wanted free or super-cheap accommodation. I routinely turned them away, and I would have fired or written up, in a heartbeat, any staff member underneath me that did not do so – even on Christmas Day.

In propaganda, I could be depicted as a heartless man that denied poor people shelter and functioning heaters in the midst of northern Alberta’s often cruel winters. I’m everything that is wrong with the profit orientation prevalent in the world.

In reality, I was someone that realized that giving away a company’s primary product to some people, while still charging full price to others, was something that simply could not work. In reality, I was someone that realized that if I gave away hotel rooms to homeless people, more homeless people would soon follow – and if you tell me that it wouldn’t then you are as naive as a lifelong suburbanite. These people out there that think that the cafeteria could have spoiled ‘just one lunch’ need to think about that.

So what might have happened if Bowden’s decision to feed a hungry child is permitted at the school cafeteria?

It could lead to a rebellion from people that paid for their food. It could also lead to more and more needy people coming to the cafeteria looking for handouts.

I’m not saying starve 12-year-olds or any other people. In reality, I’m someone who doesn’t really believe in the prevailing ideology of our time, but I realize that finding a way to live within it is necessary, because it’s probably going to transcend my life. All the knee-jerk reactionists out there that think that hospitality workers should be giving away food and shelter need to reposition themselves – and their efforts. I think that most of the people that sign the petition are either major hypocrites or, at least, thoughtless.

So what should you do instead? Lots.

For starters, there are politicians out there, many of them centrist or left-leaning, that want to improve the minimum quality of life for people that can’t afford food or shelter. There are also plenty that purport to want to do that, but make no such effort when given the opportunity. Sorting out the genuine ones from the lying ones and then supporting the former would be far more strategically effective for decreasing hunger and homelessness than being a Robin Hood outlaw of sorts.

For those of you that disagree, the proof is the pudding. In the former scenario, you can at least keep your job and keep some power over the decisions that affect your life and society in general. In the latter you might actually become the person that needs the handout sometime down the line as you get fired for theft and become dependent on the kindness of strangers yourself.

The backlash against the company that fired Bowden reveals that there are a lot of people out there that don’t think that the basics for survival should be for sale. Maybe they don’t come right out and say it, but that’s the clear message when you expect a company that sells food to give it away to hungry people with no money. It shows that people might think that basic necessities should be provided with business-oriented efforts for the less-than-basic and not so necessary things.

A company that gave away their primary product would be gone in no time. It wouldn’t work unless the ‘business’ owner was willing to take huge losses without ever recovering them. That’s not like any business owner I’ve ever met.

In short, you can’t expect a business to be philanthropic. When they SEEM to be philanthropic, they only do it to as part of imaging. Business is cold and harsh number crunching. If you don’t like it, that’s perfect fine – vote for Bernie Sanders.

The only way to reconcile desires to help the poor with your own need to hold a job that sells the basics is if you do the former when you aren’t on the clock – and you do it with your own resources. Wanting to give away your company’s product while expecting to keep your job are entirely irreconcilable desires.

In the lunch lady case, I think a written warning and restitution (i.e.,. payment), would have been in order if it was the first time she did it. This was theft that was more like misunderstanding as opposed to straight dishonesty. However, termination isn’t so out of left field as many seem to think.