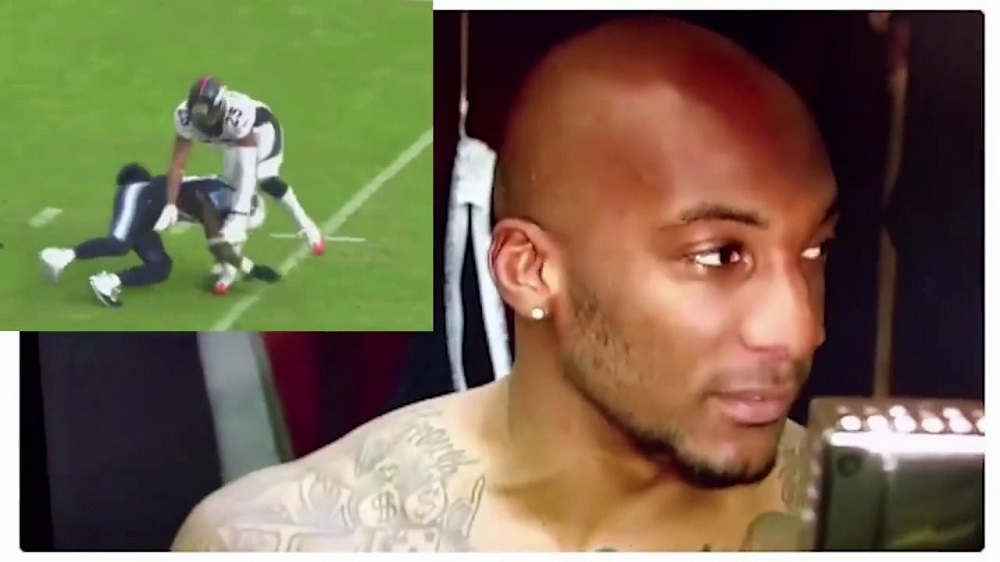 Without Peyton Manning at the helm of the organization, the Denver Broncos have struggled the season after their spectacular Super Bowl 50 victory over the Carolina Panthers. Though the season started well, the Broncos hit their low point this week with a 13-10 loss to the Tennessee Titans.

The Broncos simply didn’t play well. There’s no way to sugarcoat it. However, that doesn’t mean that the Titans played fair.

During the second quarter, Titans wide receiver Harry Douglas made a low block on Broncos cornerback Chris Harris Jr. You can form your own opinion after watching the clip, but to me, that was a dirty play. The Broncos agreed, and on the very next play Aqib Talib started brawling with the Douglas, and the teams got involved.

“That’s dirty,” said Harris Jr after the game. “He should be fined. That’s not football…Never had a guy try to end my career like that.”

Talib took it a step further, promising to kick Douglas’s ass for Harris. 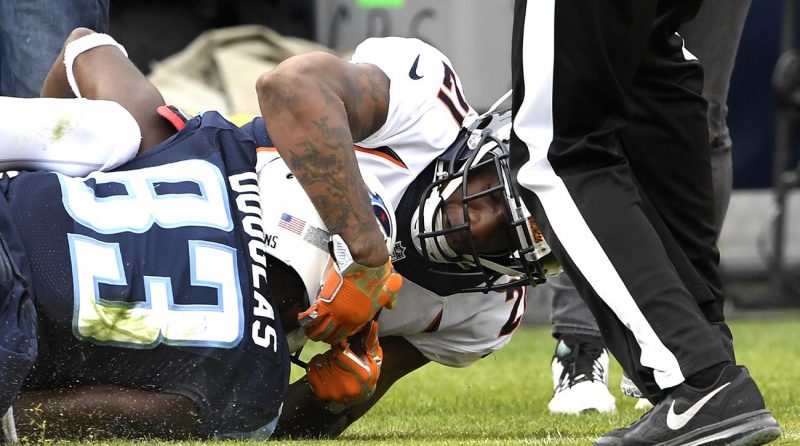 “It was a dirty play by a sorry player,” said Talib. “He didn’t do nothing coming into this game. He didn’t catch no passes. He come into this game and chop guys in the back. He got the same agent as me, so when I see his ass in Atlanta, I’m going to beat his ass.”

I’m not sure their mutual agent, Todd France, would appreciate that. Additionally, according to defensive lineman Derek Wolfe, Douglas wasn’t the only dirty player on the Tennessee roster.

“They were all doing dirty stuff,” said Wolfe. “Their whole offensive line’s dirty. I was getting grabbed by my [injured] elbow and yanked by my elbow, grabbing me by my elbow brace and pulling me to the ground. That’s the kind of stuff—that’s obviously the team they are. They’re dirty, and we combatted that.”

They may have fought against it, but unsuccessfully, as the Titans still got the W. With Ryan Tannehill going down in the Miami Dolphins win, however, the Broncos may still have the fight left in them to earn a Wild Card slot.