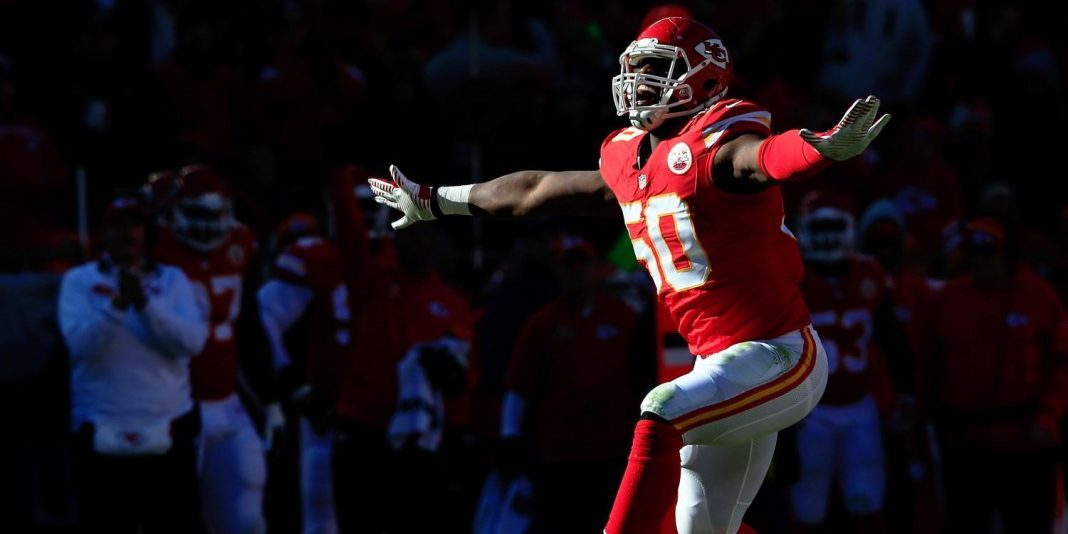 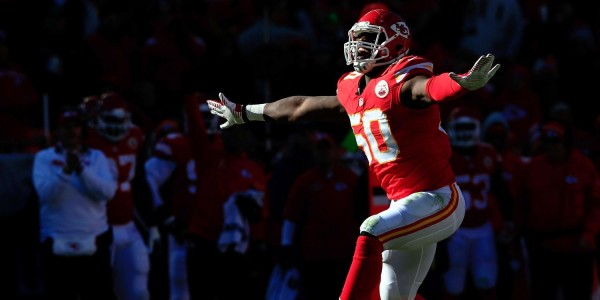 With all the talk about Dez Bryant and Demaryius Thomas slinging the door open for future star wide receivers, it’s easy to forget that Kansas City Chiefs outside linebacker Justin Houston hit it just as big Wednesday before the 4 p.m. ET deadline for franchise tagged players to sign multi-year deals.

Actually, Houston hit it even further than Dez and Demaryius. He knocked it out of the metaphorical park, signing a six-year, $101 million deal—the richest in Chiefs history and the richest in NFL history for a linebacker.

“They told me at the end of the season to be patient and we’ll get a deal done, just be patient and just wait, and time will take care of it,” said Houston after penning his name on the monster deal. “That’s what I did. I sat back and waited for them.”

Well the Chiefs definitely came through for him, making their sack king the second-highest-paid defensive player in the league in terms of guaranteed cash, ranking ‘only’ $7.45 million behind Ndamukong Suh.

The Chiefs weren’t exactly in the best negotiating position. Houston was pretty clear that if the deal didn’t get done, he had no problem sitting out until the regular season. When a sack artist comes half a sack away from breaking Michael Strahan’s 2001 single-season record of 22.5, it’s best to just keep him happy.

When you play like J.J. Watt, you get J.J. Watt money.

Houston is also living proof that one stupid mistake doesn’t have to ruin your career. Houston was one of the top prospects in the draft after his time with Georgia, but a failed drug test dropped him to the third round, which, in turn, hurt his pocket book quite a bit.

In fact, Houston only made about $3 million over the course of his rookie contract. So apparently $3 million buys you 200 tackles and 48.5 sacks. Quite the return.

Houston gets to make up for lost time (money) now, much the way he bounced back and stayed clean.