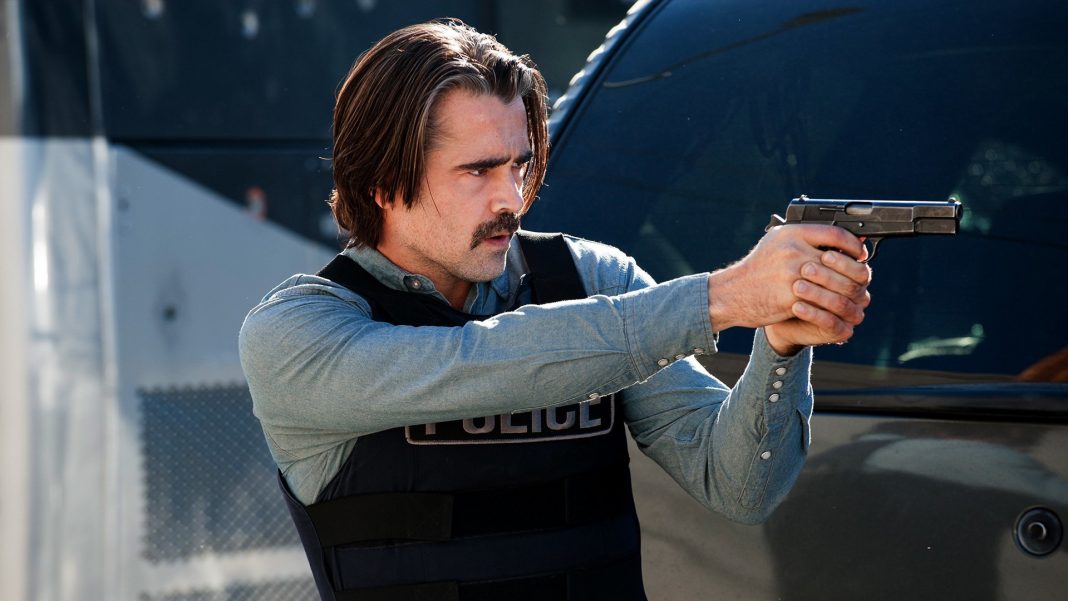 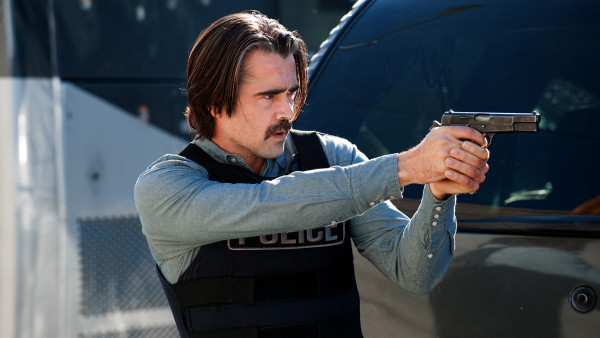 This week’s installment of True Detective was the action packed answer to the first season’s episode that blew us all away with the insane ghetto scene involving Detective Rust Cohle. Nothing could top the tense scene as Rust managed to get through a multitude of gang bangers and an out of control motorcycle gang, but last night’s ‘Down Will Come’ was pretty great.

I feel really bad for my boy Vince Vaughn‘s character, Frank. Imagine you have lost all your money, which took decades of hustling, fighting, killing, and avoiding your own murder. Then think of the pressure to get all that money back in a timely fashion and mix in a wife who is desperate to have a child. Frank has pressure galore. Now his wife is suggesting adoption. This is a direct hit to Frank’s manhood I would think, even though he says he doesn’t want to take on someone else’s problem. By the way, Frank’s wife stepped her game up this week with major cleavage, which HBO received zero complaints about.

We see Officer Paul wake up in a haze in his “friend’s” apartment. He isn’t sure how he even got there and gets bombarded with the paparazzi as he hits the streets. They mention his former outfit, Black Mountain as they clamor for any juicy details about the cop accused of soliciting an actress.

Frank is making move after move on old associates. He offers up a more than fair deal to a couple of gangsters and shows us once again that he is not intimidated by anyone. Frank reminds one of the gentlemen that he has “never lost a tooth,” indicating he knows what the hell he is doing with this extra sweet deal.

Things have gone sideways when Ray Velcoro is the voice of reason. Ray prescribes some vodka then some Pedialite for Paul to get through the hangover. Paul is a mess and could use a pep talk from Coach Eric Taylor about now. Clear Eyes, Full Hearts…..

Ani gets a lead in the Casper case and we find out about her mom’s death when Ani was just 12. She also visits her sister, of webcam fame. The online sex artist may end up having a connection to one of the shady big time players before it’s over.

What is the “best thing that could’ve happened” to a gay motorcycle cop? His girlfriend getting pregnant of course! He suggests they get married. Some half hearted “I guess I love you toos,” should make for marital bliss for years if not weeks.

The more I see Ani’s hippie daddy, the more I see his connection with some bad folks. He shows her some old pics of Mayor Chessani along with the psychologist that was treating Casper before he was tortured to death. There is an EPA connection as well as we find out that Casper had numerous visits to some toxic sites.

Ani tries to defend Velcoro to her superiors but they aren’t really interested. Oh and Steve has filed a sexual complaint on her. That should add some stress to the pile. She can’t believe a grown man would stoop to that level. Me either! It’s possible that Mayor Scarface had his grubby fingers in this complaint. Some gambling debts are also an issue for the female detective so she has more to deal with than a dead city manager. 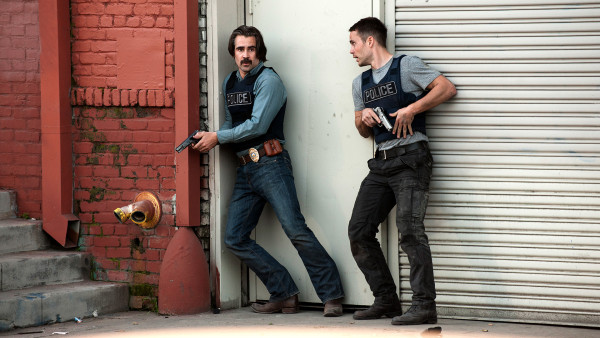 Another meeting between Frank and Ray…with live music of course. This time Frank offers Ray full time work. He says the guy is wasting his talents as a cop. Our boy Ray isn’t killing glass fulls of liquor anymore but does sip on a beer this go around. A clear head makes it less likely you get another shotgun blast to the chest, studies show. Ray has another secret visit with his son and gives him a memento. Velcoro is a good guy at heart, but has been bad so long it is hard to see it.

The big scene was set around Ani and a pack of cops trying to get to the suspect in the Casper case. The team wasn’t ready for the real action since they didn’t have any automatic weapons. The bad guys sure did….lots! The strike team was pinned down until Paul finally got a good shot on the maniac with the assault rifle above them, but not before they lost some fellow cops that were shot down like dogs.

Ani showed her fearlessness again as she gave chase to an SUV full of mean SOBs with lots of bullets and bad intentions. This was a bloodbath of epic proportions as the police were simply out gunned. It reminded me of a Los Angeles bank robbery years ago with the police at the mercy of the crooks who were suited with body armor and armed with heavy artillery. After untold amounts of innocent bystanders were mowed down with uzis, Ani’s suspect grabs a hostage. I was waiting for a great kill shot from Paul, but that wasn’t necessary as the guy just popped the hostage in the head then got put down by Ani and Ray. So all this work and still no answers since their lead suspect was bleeding out on the streets. 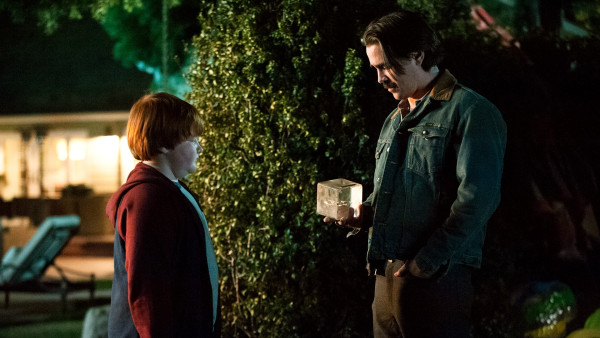 If this is what the mayor wanted then he is even worse than I thought. Dead cops and civilians everywhere is not a good look. The ones who are going to get looked at hard are Ani, Ray, and Paul. All three have been living on the edge of the rule book recently so maybe that was the high level criminals’ plan. Just have a patsy set up to die at the hands of some allegedly shady cops.

I wanted to see Ani bleed somebody with one of her blades during the gun fight, but that was just a tease….maybe next week. Somebody’s head is going to roll next episode. Dead cops everywhere cannot stand. Since Ani was the leader of this team, it may get even worse than a sexual misconduct complaint.