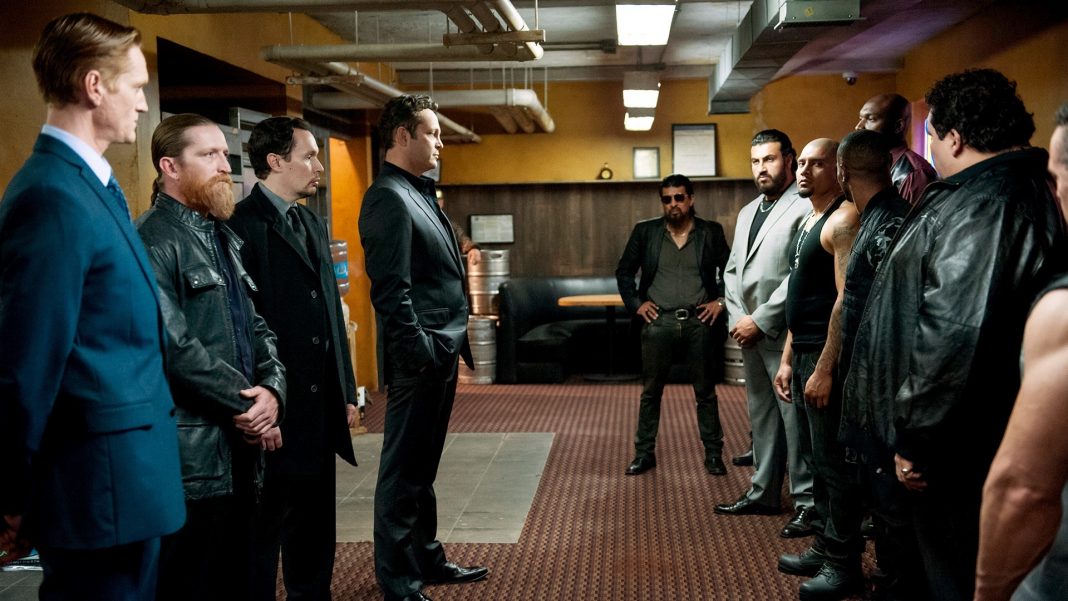 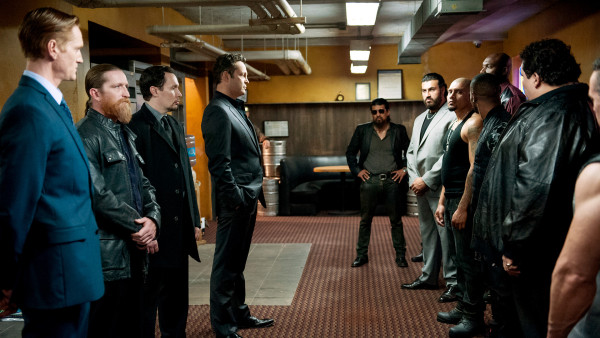 OK, I was dead wrong about last weeks True Detective and Colin Farrell being killed. Detective Ray Velcoro is not in fact dead. I’m glad the character is still around (he’s angry as hell mind you), but it seems shady to let us think he was dead. If he had a Kevlar vest on that would have been one thing, but the reason he is still alive is because the assailant used riot shells. Apparently riot shells ain’t shit, so I doubt many riots have been quelled by this ammunition.

The scene to start the episode with Velcoro sitting with his father as a cowboy singer in a sequined jacket belted out “The Rose” was awesome. I figured he was in purgatory or hell or maybe cop heaven, but it was just a dream apparently.

There is no doubt about Ani’s focus. She doesn’t even ask Ray how he’s doing at first when she shows up to the scene of his shooting! She is just pissed that he went in alone without her knowledge.

Frank Semyon’s life got no easier this week. His finances are in shambles and people know it. Even low level thugs are rubbing that fact in his face. We’ll get to that later. Frank also had the humiliation of going limp at the fertility clinic. I’m not sure it’s the norm to have the wife go in to help with a BJ or not, but that is the route Frank and wifey Jordan went, to no avail. Dude is clearly frustrated with his business dealings falling apart and it’s affecting his marriage. Jordan offers some good advice to the man, “suck your own dick.” I’m sure he’s thought of that already, again, to no avail.

I don’t know if Marlboro is staging a big campaign against e-cigarettes or it’s Newport who wants to clown the safer version of smoking. Whatever the case, True Detective is making a point to make fun of the new trend. Motorcycle cop Paul has the same reaction to Ani vaping up as Velcoro did. Can’t be a real cop without a real cig I guess.

The meeting between Frank and Ray isn’t a friendly one at all. Ray is pretty bent about being blasted with a shotgun and knows he could easily be dead if the shooter had wanted it that way. Ray is even drinking water as he tells Frank he doesn’t want to lose the edge of being angry by dousing it with booze. If Frank wanted to kill Ray, Ray would not be sitting at that table. But the detective isn’t sure what to think at this point. I do think the shooting has awakened the old Ray Velcoro. One who actually cares about living.

Detective Ani Bezzerides and Officer Paul Woodrugh’s visit to the Mayor’s house was quite entertaining. The crooked politician has a real jacked up family. His slutty wife is constantly sucking on an ether bag dressed like she is headed to an elegant dinner while lounging around her home in the middle of the day. The mayor’s son is a real piece of work who tossed a lady into the pool from the balcony and for some reason likes to use a fake accent to appear more like a gangster. The home reminds me of Scarface’s mansion with weird paintings and the extravagance of a modern day king. The place is a zoo! I am loving Ani more and more each week with her Raylan Givens type confidence. She looks like she is just itching to shoot or stab someone every time someone steps to her.

Frank’s little empire has all but crumbled since the murder of Casper so he is in full desperation mode. He continues to shake guys down for cash. He is going back to old acquaintances that have already paid in full on his way to the top. Good decisions are never made while desperate as Frank said himself in episode one when talking about doing things out of hunger.

Needless to say, Mayor Chessani is pissed about Ani and Paul visiting his home and asking questions of his weirdo family. Ray tries to explain the situation, but all the mayor wants is Ani’s head on a spike. Ani doesn’t want to hear anymore about Velcoro being dirty. All she wants to do is solve the murder case. Her superiors seem more interested in taking down the compromised detective.

Ani knows how to break up with a guy. Quick and to the point and as nice as she could be. Steve didn’t take it so well and got further embarrassed since he didn’t take the initial hint to go away. The former lover told Ani she had a bunch of problems, so she responded, “I’m whittling them down.” Ouch!

The sit down between Ray and his dad was interesting. The weed was a side note for the old guy. Ray wanted to know more about the history of the mayor and how he came up from the old days. Velcoro’s dad has a lot of respect for the mayor and sees him as super smart.

We get more of the same from the Russian gangster Osip Agronov. Frank now thinks this guy could have whacked Casper. It’s certainly possible, but at this point Frank is just grasping at straws and now his right hand man is acting suspicious so Semyon is growing more paranoid each second. One of his associates is killed in a nasty fashion so that isn’t going to make things better.

OK, now we know why Paul was having such a hard time getting excited about his amorous girlfriend in episode one. Dude appears to be gay and have had a fling with a former military friend back in the day. They are hanging out at……a motocross race….of course! Paul loves motorcycles as much as he hates e-cigarettes. Dude loses his cool when his buddy reminds him of their past as short term lovers, so Paul erupted and nearly puled his gun on the guy. Easy son, a simple “no” would have sufficed.

We witness Ray’s ex wife show compassion for the guy as she warns him about the state police questioning her about his dealings. She offers him money to just disappear. I think she wants to help him even though his disappearance would clearly make her life easier also. This is the second hint that we see where Ray has the chance to leave all this. The first being the waitress inviting him to vacation in her home country far away. He has no thought of leaving.

I was thrilled to see the fat club owner get what he had coming. He disrespected Frank in front of other associates and got a pretty solid beating from a skilled pugilist. Frank then proceeded to yank that hideous grill out of the fat man’s mouth. That’s exactly what should happen to morons who sport such “jewelery.” You look like fools people!

More action happened after Frank won his fight via TKO. Ani and Velcoro saw the Caddy connected to Casper get set on fire by a masked dude. They chased him down, once again with Ani showing no fear whatsoever. Ray was slowed by his chest wounds and was more cautious. He ended up saving Ani from being splattered by a semi truck just as she was ready to shoot the suspect. She was thankful and to return the favor, told him that she had no idea what the state police had on him after he asked.

Next week’s preview looked even better and I am fully into this season. It’s hard to pick a favorite character, but if I had to choose, it would be Ani Bezzerides.