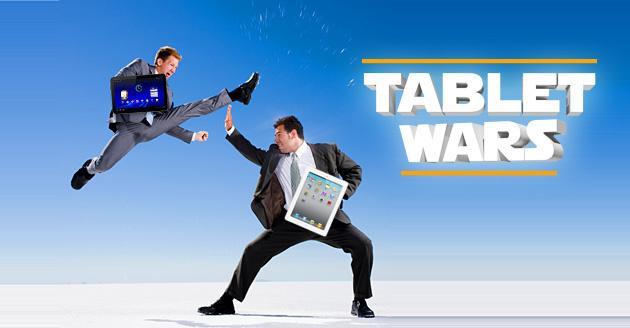 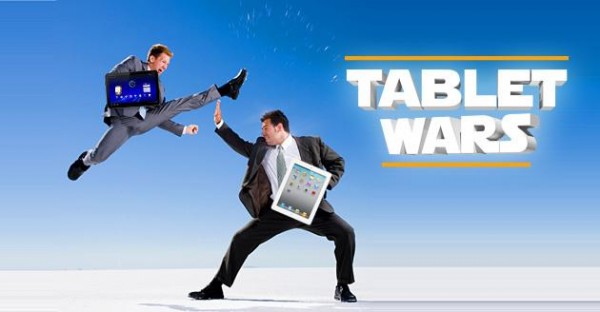 Tablet technology has matured enough that businesses are starting to recognize their use. Microsoft already has a foot at the door with its Surface tablets especially the much-praised Surface Pro 3. Apple is now gearing up to launch a 12-inch iPad Pro in order to prove that the iPad has what it takes to be a serious business tool. Until the September reveal, the iPad Pro specs are mostly rumors and speculation. Will Apple’s tablet make the cut against the Surface Pro which was designed for the enterprise from the get-go?

Microsoft has been previously criticized for trying to bring Windows into the modern tablet race and not come up with a completely different OS like Apple with iOS and Google with Android. Microsoft did make a tablet OS in the form of Windows RT which unfortunately backfired on the company. Windows 8 didn’t do so well either until Microsoft followed up with a more acceptable Windows 8.1. But sticking with Windows is currently paying off for Microsoft when it comes to the enterprise. Windows Surface tablets and similar hybrids from Lenovo, Asus and Acer are doing well in businesses and many users stand by their purchases. Windows tablets are lighter and more portable than conventional laptops. They’re basically full-blown PCs within a tablet, able to do the same business work as their larger counterparts. They can run the most of the same apps ordinary PCs can. Android tablets and iPads, not so much.

Microsoft has been in the tablet business shall we say, before it was cool. Windows XP Tablet PC Edition ran on a myriad of convertibles in the early 2000s. But tablets back then were as heavy as their Sumerian/Eblaite mud counterparts with costs as high as the Tower of Babel. Tablet PCs were then left in limbo in the advent of slimmer and more powerful laptops, smartphones and netbooks. Then came the iPad. A ridiculously named device that took mobile computing by storm. Android tablets followed shortly. Blackberry tried to follow suit but failed. Despite being a pioneer in tablet computing, Microsoft missed the casual party and came in a colorful business attire. Years later, tablets flooded the market like Pong consoles and saturated the consumer market. The next logical step for everyone is the enterprise.

This time, the party seems to be over and its back to business and Microsoft is the one dressed for it. Right from the start, the Microsoft Surface line, including the Surface RT has trumpeted its ability to use Microsoft Office, the inclusion of a touch keyboard cover and a stylus. These devices, with keyboards attached were designed to function as mini-laptops, ready to create content as well as consume them. The Surface line has matured with the Surface Pro 3 and Surface 3 and come October, the Surface 4. Microsoft’s gamble with Windows 8.1 and now Windows 10 has paid off and through the Surface line, created the hybrid form factor now mimicked by major manufacturers like Lenovo, Asus and Acer. These Windows hybrids are more acceptable for business users than the iPad. Many business users praise the recent surface tablets and let go of their iPads altogether. With Windows 10, the atmosphere for Windows-based tablets have also improved.

Now back to the iPad Pro. Aside from a larger screen, Apple brings to the table a rumored USB type C slot, iOS 9’s split screen ability, a 64GB starting capacity and force touch. Hopefully, the USB slot will be used as an expansion option which is sorely lacking in previous models. A base 64 GB capacity should enable it to store and process plenty of content. The split-screen ability will allow the iPad to perform true multitasking where users can see two full iPad screens at the same time when the device is oriented horizontally. Force touch should allow the user to easily perform formerly awkward maneuvers such as right-click, cut, copy and paste. Office for iPad should enable users to work alongside their Windows-based counterparts.

Apple however has no rumors of a keyboard companion for the device remaining dependent on touch for content entry. It’s assumed that third parties would fill in the gap. But then, Steve Jobs might haunt Tim Cook and say, “the device won’t be pure” (or pure Apple). Microsoft doesn’t really include their touch keyboard covers by default by they presented it in a way that it should be one with the device, but cleverly sold separately. The Surface does feel naked without them. Microsoft says, “You go buy this puppy and the little chain for it too.”

Aside from MS Office and iWorks, the iPad offers little else for business use despite its hundreds of thousands of apps. Provided one takes his/her iPad Pro naked, creating content for it would take some getting used to. Before Microsoft offered MS Office for the iOS and Android platforms, office suites were a pain to use, even with wireless keyboards. In this case, the app problem tables are turned. Windows-based tablets (except for RT) has tons of existing Windows-based business software at their disposal. Security won’t be a nightmare as security policies can be applied to these devices. If users don’t like Office 365, they can always install older versions.

Apple is confident that a larger screen equates into enterprise use. But for a larger iPad to enter the enterprise, even Apple fans argue that Apple would be better off using OSX instead of iOS. One major drawback for iOS is its unstructured file system where special tools or the dreaded iTunes would be needed to access files and documents created from every app. Users would have to heavily rely on a wireless connection to share or even gain access to their office documents. With OSX, the iPad Pro would have all the benefits enjoyed by Macbooks including all the productivity apps available for the platform. Now those who know what they’re doing can make the iPad Pro work for them, but for ordinary users, an out of the box enterprise experience could turn ugly. If Apple insists on iOS for the iPad Pro, Microsoft wins the enterprise.