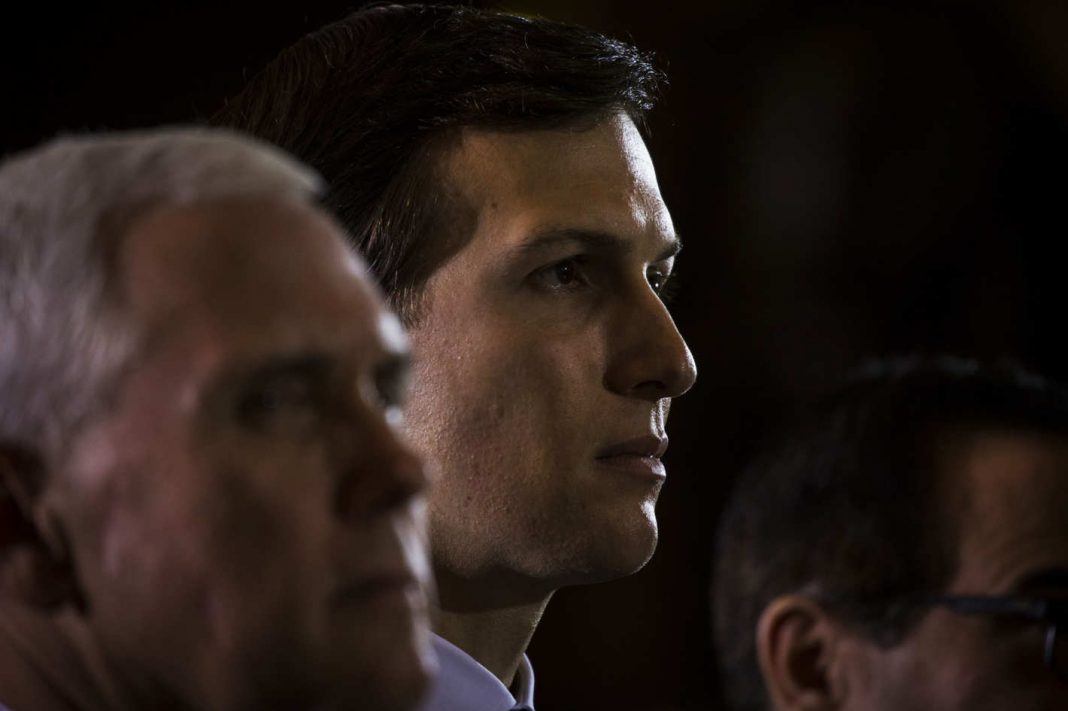 After the Washington Post published a report that someone within the Donald Trump administration has become ‘of interest’ to authorities, we were hit with plenty of sources stating that it’s son-in-law Jared Kushner.

While some are from people on the White House staff who don’t care for Ivanka Trump‘s husband, many more were from sources we’ve known for years who’s always given solid information. It won’t come as a surprise to anyone now as so many of his business dealings cross into Russian territory.

Kushner met with Sergey Gorkov, head of Vnesheconombank (VEB), a Russian government-owned bank based in Moscow in December 2016. The White House has confirmed that he went to that meeting acting as a Trump adviser. They were quick to state that it wasn’t for personal reasons, but this meeting will obviously play a role in the US federal government’s probe into his father-in-law’s suspected ties to Russia.

“Everyone was hoping that Jared would be the one to keep Donald Trump in line during his manic moments,” our source stated, “but he’s actually just another cog in the Russian wheel problem. With Bob Mueller, he’s getting very nervous. Don’t be surprised if Trump hatches a plan to get rid of him like Comey.”

This is the single greatest witch hunt of a politician in American history!

This definitely rings true as the White House put out a calm reply when Mueller was assigned as Special Counsel on the Russia probe, but less than twelve hours later, Trump cried ‘witch hunt’ about it. Plus, The New York Times reported that Kushner was actively supporting getting rid of Comey.

While many expected Kushner to be supportive of a special counsel, his response was less than that as per the Times reporting.

Most of those gathered recommended that the president adopt a conciliatory stance and release a statement accepting Mr. Rosenstein’s decision and embracing a swift investigation that would clear the cloud of suspicion hovering over the West Wing.

Mr. Kushner — who had urged Mr. Trump to fire Mr. Comey — was one of the few dissenting voices, urging the president to counterattack, according to two senior administration officials. After a brief discussion, however, calmer heads prevailed, and Mr. Trump’s staff huddled over a computer just outside the Oval Office to draft the statement that was ultimately released, asserting the president’s innocence and determination to move on.

The fact that Mueller’s law firm represented Kushner could be used to stop him even though he immediately left the firm upon accepting the job.

Legal experts said the ethics rule can be waived by the Justice Department, which appointed Mueller. He did not represent Kushner or Manafort directly at his former law firm.

If the department did not grant a waiver, Mueller would be barred from investigating Kushner or Manafort, and this could greatly diminish the scope of the probe, experts said. 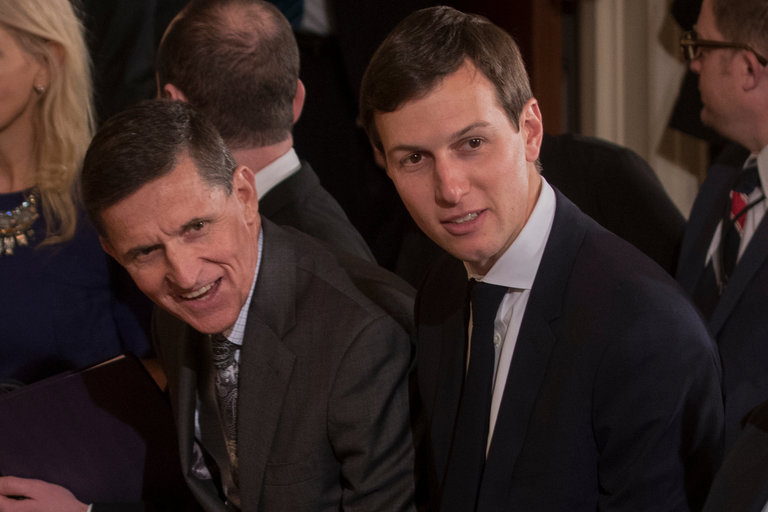 The problem for Kushner is his close relationship with former National Security adviser Michael Flynn.

EXCLUSIVE: Trump family had "blind spot when it came to Flynn," per source. New details re mtg where Flynn asked for & was granted NSA job. pic.twitter.com/PK4J6nISU4

NBC’s Peter Alexander reported that he and Ivanka Trump were the ones who assured Flynn he could get the job of National Security Advisor — at a meeting at Trump Tower after the election, Alexander said, Ivanka Trump and Kushner told Flynn that his “loyalty” to the family would be rewarded.

Kushner also accompanied Flynn to his meeting with Russian ambassador Sergey Kislyak during the presidential transition period — part of the pattern of contacts between Flynn and Kislyak that Flynn subsequently lost his job for lying about. Kushner, however, also arranged subsequent meetings with Kislyak and other Russian officials — and the White House didn’t disclose those at the time, either.

Kushner’s meetings with Russian officials were enough to bring him onto the radar of the Senate Intelligence Committee’s Trump/Russia probe, which is questioning all Trumpworld figures who had contacts with Russia. And his failure to disclose all of those meetings — evenwhen applying for a security clearance — has raised some eyebrows (Democratic Rep. Don Beyer (D-VA) has called for Kushner’s clearance to be stripped.)

At least one figure within the Trump White House saw Kushner’s contacts with Russia as a disaster waiting to happen for the administration: Steve Bannon. During a power struggle between Kushner and Bannon in early April, the Times reported that “Mr. Bannon has told confidants that he believes Mr. Kushner’s contact with Russians, and his expected testimony before Congress on the subject, will become a major distraction for the White House.”

Kushner won the power struggle. Perhaps Bannon’s warnings about Kushner and Russia were discarded as just an attempt to weaken a rival (which, in part, they almost certainly were). But in retrospect, it’s becoming clear that Bannon wasn’t wrong.

The idea that Kushner was some sort of moderating influence on Donald Trump was always more than a little overblown — there was never much evidence that Trump was being moderated. What’s becoming clear, though, is that Kushner isn’t just incapable of stopping the president’s intemperance or preventing his ethical lapses — and that he’s not simply a businessman trying to maximize his own profits, either.

If our sources are correct, Kushner will bring the authorities directly into the White House which would make Steven Bannon rather happy to be correct in his warnings. Watch who gets ‘released’ or suddenly disappears from the White House administration after Donald Trump’s trip around the world. That will let everyone know exactly who the problem adviser is unless Trump is willing to go to the mat for Kushner like Mike Flynn.