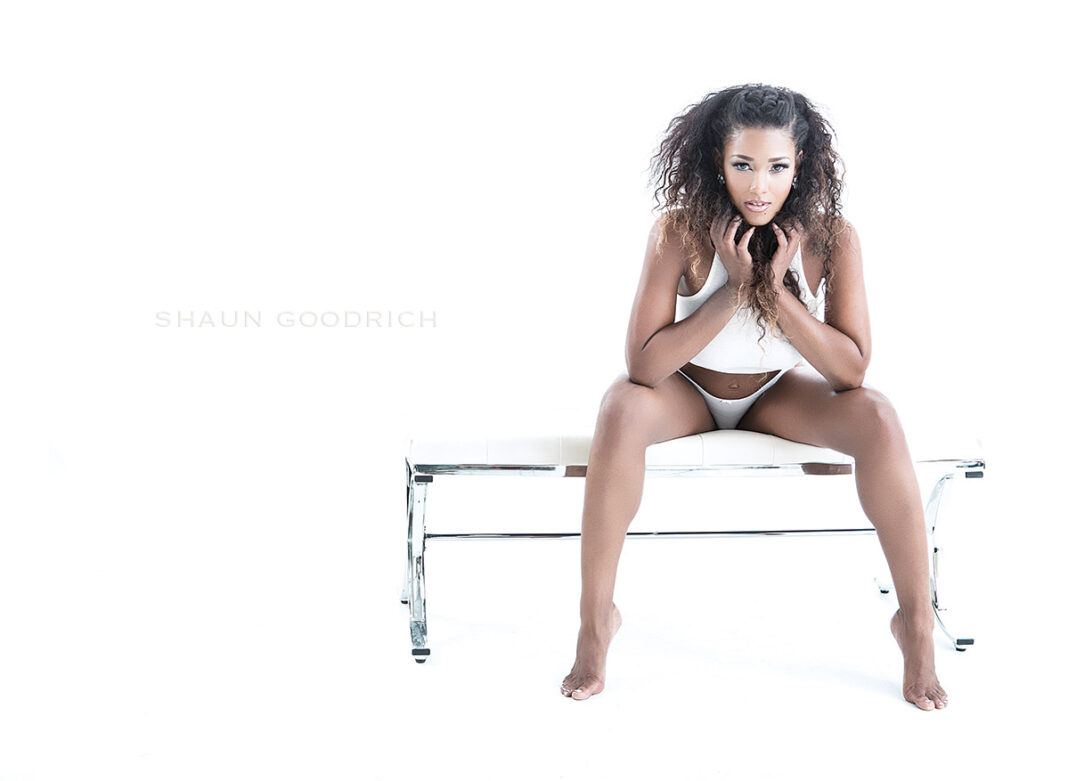 You may recognize her as the “classy one” from VH1’s She’s Got Game, but there is more to Sierra Alston than a pretty face and a short lived run on a reality TV Show. The 27-year-old DC native is channeling her energy and newfound fame into passion projects, a health based startup and so much more.

I had the wonderful opportunity to interview Sierra during one of her recent trips to Los Angeles and was truly impressed with her desire to be involved in ventures that you don’t always hear reality TV stars attached to. But then again, she is not your typical run of the mill twenty something looking for a quick “put on.”

“Yes I did make a name for myself but also was a vital part of the show.”

If you are not familiar with She’s Got Game, the show centers around Compton rapper The Game and his quest to find love. Ten of his celebrity friends all chose women that they believed would make a great pick for the 35 year old artist and Sierra was Keyshia Cole’s pick, a woman she calls a close friend.

She admits to having her hesitations about appearing on the show being that she had just gotten out of a long-term relationship but after giving it some thought she decided to become one of ten women vying for Game’s affection.

“I wanted to see what road this could lead down and I knew I wasn’t going to leave empty handed….”

As with most reality TV shows, the display of women is not always in a favorable light, but because Sierra refused to compromise who she was, she became an integral part of the show and earned the reputation on set and with viewers for being classy. And while that she definitely is, Sierra is “no punk” which was clearly seen in one of the major storylines of the show- her “beef” with Pricilla Rainey.

“Pricilla is an unconventional woman and had her reservation about me from day one.”

Those reservations were beyond evident in the two’s interaction but Sierra maintained her composure.

“I had to be careful how much I compromised to fit in.”

While she did “earn” a date to spend some one on one time with Game, she realized that things weren’t what she expected.

“The Game wasn’t the man that I prepared myself for… I didn’t get what I planned for.”

With the tensions with Pricilla continuing to rise and other aspects behinds the scenes, the thing for Sierra and the cause for her self elimination from the show was the addition of three more girls, one of which she felt was just too young.

“The last straw was the little girl he brought on the show.”

She eliminated herself in episode five and for good reason. Many times during the show Sierra asked Game why he deserved to be with her and ultimately, competing with other women for a man was not her idea of a love connection. Since leaving the show, she has been able to focus on her passions.

“Leaving the show was not the ending of something but rather the beginning.

Sierra has a heart for helping homeless people get back on their feet and is putting her energy into a venture she is very excited about called Alston’s Angels. She believes that people are not homeless because they are bad or addicted to drugs. Sometimes, things happen and there is no support there and individuals just fall by the way side.

Her goal is to start a program where she helps to rehabilitate homeless people who show a desire and initiative to be reacclimated into society. She plans to begin the groundwork in Las Vegas, where she currently resides, at the start of October for a YouTube series focusing on doing just that with the intention of getting other people of influence involved, bringing awareness to a problem that has become a national epidemic in cities everywhere.

Along with her homeless rehabilitation initiative, she is developing her Eye Candy workout course. Focused on building a healthy lifestyle through a sensual dance program, her goal is to grow an Eye Candy workout empire including DVD’s, a You Tube channel and an online virtual course. Sierra also plans to launch a lingerie and fitness apparel line.

As far as finding true love, Sierra is focused on building her brand and managing her current projects, which doesn’t leave much time for romance.

“Right now what I am doing requires a lot of my time.”

And while that may be the case, it doesn’t mean finding Mr. Right is not in her sights.

“I want a man that motivates, empowers and endorses me and is able to help with the business…. He can’t just be arm candy.”

For Sierra life has many roads and though you may not know where they may lead, you have to embrace the journey and learn life’s lessons along the way. Sierra has heart, she has purpose and when it comes to ambition trust and believe, she’s got game.