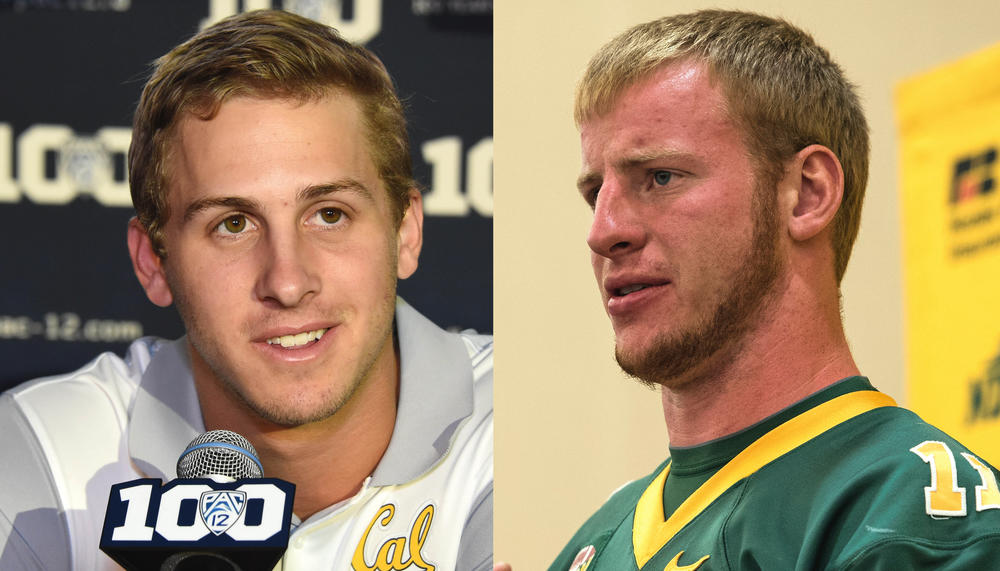 With the last two Heisman Trophy winners going pro, the 2015 NFL Draft was a highly anticipated one. The story for months leading up to the NFL Draft was about where FSU quarterback Jameis Winston and Oregon QB Marcus Mariota will land. The two ended up going first and second overall, respectively, and the rest is history as they try to establish their footing in the NFL.

But no one was talking about college quarterbacks this season. There’s no quarterback in the draft with the type of star power that Winston, Mariota, Johnny Manziel, Andrew Luck, or Robert Griffin III commanded going back a few years. No one cared about the quarterbacks at the top of the board this season—at least, until the Los Angeles Rams and Philadelphia Eagles reminded us that modern-day NFL is always about the man under center.

In this year’s draft, the two quarterbacks now expected to go first and second overall are Carson Wentz from North Dakota State and Jared Goff from Cal. Goff has a decent base coming from Cal, but players (especially quarterbacks) out of programs from places like NDSU have always made me nervous. But apparently I’m missing something if teams are willing to trade half their picks for these guys.

“I took a lot of abuse a month or two ago for saying that I thought Wentz and Goff were every bit in the conversation with last year’s Mariota and Winston,” said NFL draft analyst Mike Mayock, who has believed in these two players from the beginning. “And I still believe it. And apparently two other NFL teams do if they’re willing to give up that kind of firepower to move up and get those guys.”

The Rams moved first, mortgaging their future to the Tennessee Titans to move up to the No. 1 overall pick much the way that the Washington Redskins did back in 2012 when they moved up to the St. Louis Rams’ No. 2 slot to select RGIII. Not to be outdone, the Eagles made a similar trade with the Cleveland Browns, to take the second pick in the Draft.

Plenty of stars and even Hall of Famers have come from Lord Knows Where University, so Wentz and Goff could be the next in line. Only time will tell.