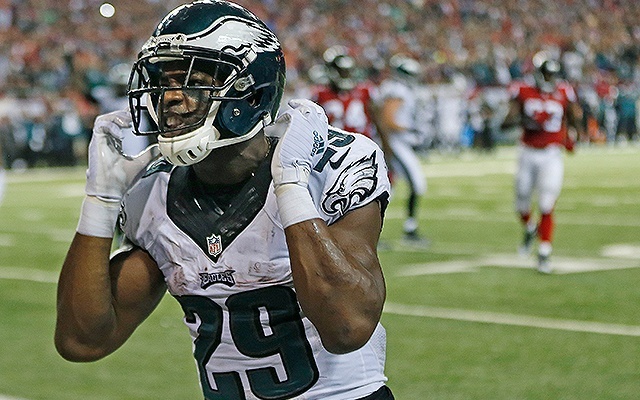 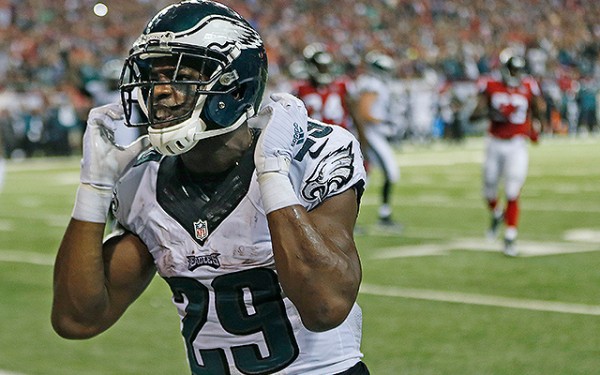 After a 20-10 loss to the Dallas Cowboys Sunday, the preseason Super Bowl contender Philadelphia Eagles are now 0-2. So what’s wrong with them? When the Green Bay Packers started 0-2, Aaron Rodgers told everyone to “R-E-L-A-X. Relax,” and they still made it all the way to the NFC Championship Game. The Eagles can still do it, right?

Well, we just witness the Jags, Browns, Bucs, Raiders, and Redskins all win on the same day, so I’m not going to rule out anything as possible. But, to answer the question, it’s not looking good at all.

The Eagles offense looks like something Chip Kelly has nightmares about—especially the offensive line.

The Eagles’ running back trio had absolutely no where to go against the Cowboys. Dark blue jerseys lived in the Eagles’ backfield, and the running game was nonexistent as a result. Philly finished with 7 rushing yards on 17 carries. That’s not even enough for a first down.

“Offensively, we weren’t in sync,” said running back DeMarco Murray. “We just couldn’t get anything going. Individually, collectively, we’ve got to make it work. You’ve got to look yourself in the mirror, watch the film tomorrow and go from there.”

Murray should have the longest stare in the mirror. I guess no one told him that players are supposed to do better against their old teams. Murray finished with 2 rushing yard. Two. On 13 carries.

Sure, it’s hard to put all the blame on him. There was a series of three carries over which Murray lost 16 total yards. That pretty obviously shows that there was basically nothing stopping the defense from getting deep into the backfield almost as soon as the ball was snapped. Darren Sproles and Ryan Matthews had similar problems combining for -4 yards on their two total touches.

“We couldn’t get anything started,” said Kelly. “I don’t think the running backs even really had time to assess if there was a hole. Too much penetration up front. Too many guys in the backfield. We just didn’t block them…They ran four down linemen, three linebackers. They didn’t have extra guys in the box. We just couldn’t block the defensive line tonight.”

Let’s no forget who Murray is though. The league’s leading rusher in 2014 with 1,845 yards is on pace to have about 170 yards this season, and he certainly isn’t doing his career yards per carry average any favors so far.

Murray has 11 yards this season on 21 carries. That’s the worst start a running back has ever had. That’s barely a foot and a half per carry…even Peyton Manning has almost two yards per attempt over the course of his career, and he probably runs an 8.2 in the 40-yard dash.

So what’s his issue? Is Dallas’ offensive line really that much better?…Well, yeah, it is. But does that mean we can’t blame Murray at all?

I’m still going to. Murray had 285 yards through his first two games last season. He has 11 this season. If you want to put that 274 yard difference on the Eagles’ o-line, then you have to give the Cowboys line credit for everything Murray did last season. Neither of those sound fair.

At the end of the day, DeMarco Murray was brought to Philadelphia to replace LeSean McCoy—well, really he was brought in to make fans forget about McCoy completely. He didn’t come cheap either: $40 million is a lot to pay for a couple of yards a game (literally).

The Eagles generated a lot of buzz this preseason, but at the end of the day, Kelly has not been able to make it work out so far. If he can’t find a way to fix things soon, he may be heading back to Oregon come December.

On a small up-note for the Eagles, they did break Tony Romo’s collarbone. So at least they have Brandon Weeden to help keep them in the hunt for the division for a few weeks.