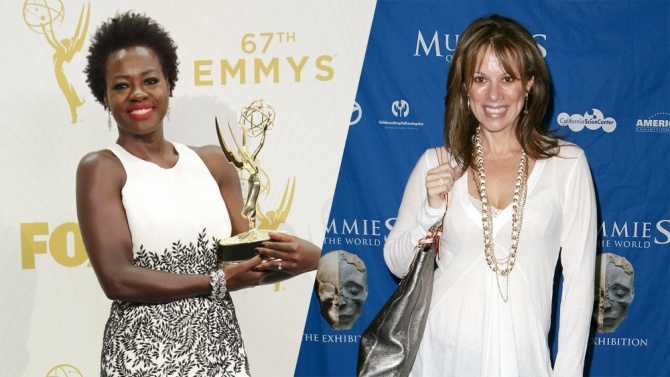 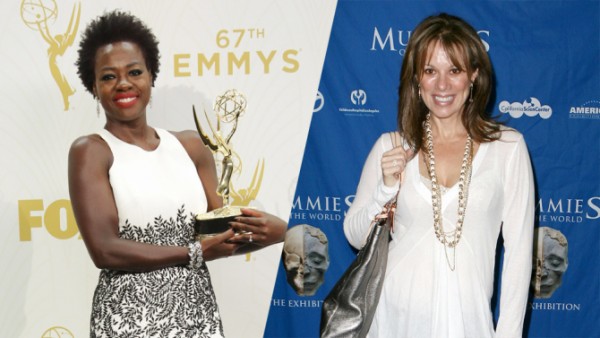 This week’s Heroes & Zeros are two women who both share one common factor- they have been highly respected actresses in their fields. But oh how the tables turn when award shows are involved.

This woman has been on fire for a while now. She has been acting for decades on Broadway and on the big screen and is finally experiencing the kind of appreciation and attention that she deserves. From staring in powerful roles to being the title character of one of the hottest new Shondaland shows on ABC, this How To Get Away With Murder (HTGAWM) leading lady is on cloud nine for sure.

She made history at this year’s Emmy’s by becoming the first black woman to ever win the award in the category of Outstanding Leading Actress in a Drama Series for her work on HTGAWM. She plays the hell out of Annalise Keating so it was only fitting that she win.

Viola celebrated her historic moment by giving a moving and inspiring speech about the importance of black women in Hollywood and that the only way we can be a part of the industry is by having roles for us.

“The only thing that separates women of color from anyone else is simply opportunity. You cannot win an Emmy for roles that are simply not there.”

Her words ring so true for her generation, my generation and a generation to come and she is truly the hero of the week for sharing her moment with all women of color.

The actress has been a long time fixture in the soap opera circuit and is not that bad of an actress (you know soap stars get bad reps) but her complaining, hate filled twitter rant about Viola’s win makes her a huge zero. And what really seals it is that she didn’t see how her comments were going to backfire on her

It always baffles me when non-women of color tote “girl power” but as soon as a black woman says something about being proud to accomplish something and be acknowledged for it, that same “girl power” goes out the window.

The thing about Grahn’s tirade is that it was offensive, it was hateful and it was full of white privilege.

“I wish I loved #ViolaDavis Speech, but I thought she should have let @shondarhimes write it. #Emmys.”

“I think she’s the bee’s knees but she’s elite of TV performers. Brilliant as she is. She has never been discriminated against… Try being any woman in TV. Wish she’d brought every woman in the picture. I wish I’d opportunity to play roles she has get”

“I’m a fucking actress for 40 yrs. None of us get respect or opportunity we deserve. Emmys not venue 4 racial opportunity. ALL women belittled.”

She of course turned around to apologize for her words, but it was too late. The outrage that people felt and still feel about her comments have done a lot of damage, no doubt to her own personal image. Especially with her feeling the need to give two separate apologies.

“I apologize for my earlier tweets and now realize I need to check my own privilege… My intention was not to take this historic and important moment from Viola Davis or other women of color but I realize that my intention doesn’t matter here because that is what I ended up doing. I learned a lot tonight and I admit that there are still some things I don’t understand but I am trying to and will let this be a learning experience for me.”

If I am really being honest here, having interned at General Hospital in college and being around her, this kind of outburst, divaesque “where’s my attention” attitude is not that much out of character for her, in my opinion.

Even with her apologizing, which felt a lot like spinning, the question still remains, why did she go off the handle the way she did in the first place? In my experience, with people in general, when they blow up seemingly out of nowhere, it is because there has been some things brewing for a while and a final straw triggers diarrhea of the mouth and behaviors.

Viola is further a hero for how she handled the situation, even still maintaining her composure. Grahn is a zero for not only making her comments that are offensive to all black women but for not using her years of wisdom and knowledge to demonstrate better judgment.