Home All News Tech News Now You See Me? A Not so Happy Windows 10 Anniversary 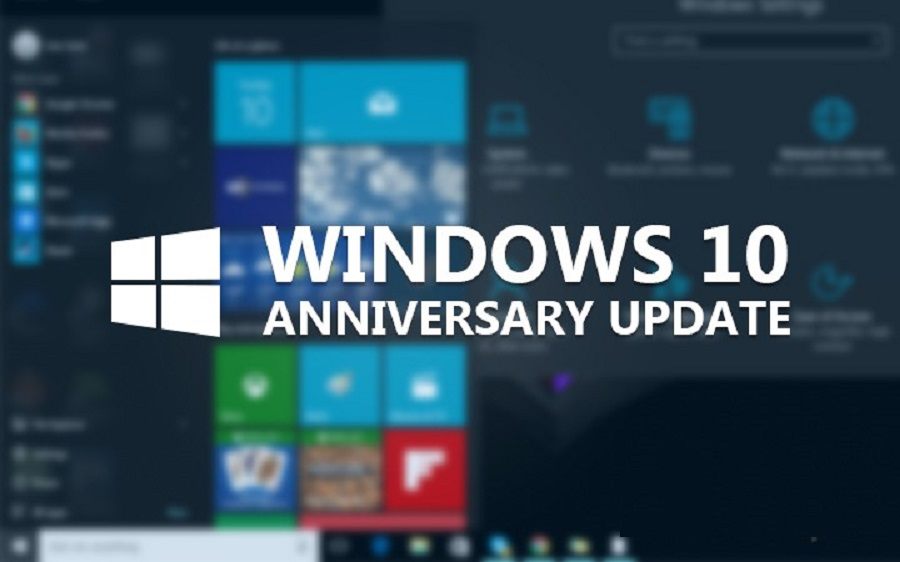 It’s been awhile since we discussed Windows 10. The operating system just passed two milestones. One, it’s no longer free so now users can either get it as a pre-installed OEM, a boxed copy with media or as a download purchase. Second, Microsoft just released the vaunted Windows 10 Anniversary Update, a feature/fix rich cumulative update which is basically a major service pack. Unfortunately, not everything is peachy for Microsoft when it comes to Windows 10, and its anniversary update.

There are two major issues with the anniversary update. First, there’s webcamgate and the second is frozengate which has nothing to do with Disney. The MTTG office, unfortunately, became a victim of frozengate. We, of course, appreciate technology and want to be updated as much as possible unfortunately, when we tried the anniversary update on 25 computers, they all just froze with some doing the endless reboot loop. Patience is a virtue when it comes to Windows updates, but they simply took longer than they abnormally do. Thankfully, rolling back to the previous build is easy. It’s very fortunate yours truly wasn’t as affected.

Microsoft just released a recent update that they say fixes frozengate which has been added to the anniversary update. The issue Microsoft says has something to do when users have two drives wherein they put app data on the second drive and the OS in the first *.  Especially now when many are shifting to SSDs and installing Windows there for faster performance and putting their data on separate mechanical drives. Unlike Apple’s MacOS X which deals with only few machine variants, Microsoft has to deal with thousands, if not millions of different hardware and software configurations which is a big undertaking (not excusing Microsoft for overlooking something that many Windows users do).

Then there’s webcamgate, a terribly obvious issue that millions may have experienced after upgrading their OS, intentionally or not. Basically a product of good intentions gone wrong. The problem covers all brands of webcams and also affected Skype video. Fortunately for my day job company, they hardly use video chatting on Skype and just rely on audio as not all respondents have high bandwidth. I was a bit worried as they held a quarterly meeting a few days after the anniversary update was released. Microsoft apparently wanted to boost webcam performance for first-party Windows apps gaining new permissions to user webcams. Microsoft cut off MJPEG and H.264 support for third-party USB webcams to avoid conflict with the apps’ own MJPEG and H.264 streams.

“It was important for us to enable concurrent camera access, so Windows Hello, Microsoft Hololens and other products and features could reliably assume that the camera would be available at any given time, regardless of what other applications may be accessing it,”

Fortunately, there’s a fix. Unfortunately, it’s not included in the fix that fixes frozengate. So if you’re just upgrading to Windows Anniversary Update, and your webcam goes nuts, here’s what you do courtesy of an engineer named Rafael Rivera:

You’re going to have to get down and dirty in the Windows registry.

It’s an unfortunate stigma for both Microsoft and Windows 10 users. Microsoft didn’t reach its target of 1 billion Windows 10 devices by the time of Windows 10’s one-year anniversary despite its strong-arm tactics and forced updates which many Windows users aren’t happy with. Not to mention the bandwidth hogging peer-to-peer method in which Windows Updates are delivered. Imagine your parents yelling “Hey! Shut your Windows. Facebook is crawling on my tablet!” or the bosses complaining on and on about slow internet. It’s going to get a lot tougher for Microsoft to convince other users and businesses to let go of their Windows 7 and Windows 8. Many businesses expressed their intent to let Windows 10 mature a bit more.

To the Windows 10 Anniversary Update’s credit, there are plenty of features and improvements previously reported on Insider builds which include:

Are these worth your webcam? Microsoft hopes so.

* A tip for admins and technicians who do the prudent task of putting all their data on “Drive D” and keeping the OS isolated. Reserve at least 150GB on the hard drive especially if installing Office 2013 onwards with the Outlook email client. Outlook automatically uses Drive C for email data and won’t allow you to use D without much tweaking. It can get crowded real quick when Windows includes program and UWP app install data.