A New Kind of Zombie

Gotta love that ‘No Way Out’ episode of The Walking Dead right? It was a cinema-grade episode that erased the lousy mid-season ender. If you haven’t seen it yet, it’s a must-see. Anyway, there’s a new zombie movie on the horizon. Not another one you say? But this time it’s different. The legendary Stephen King has a lot to do with it. But, but… Hollywood tends to ruin Stephen King right? Well, we’ll see if this one fares as well as The Green Mile.

First let’s go back to one Tech article of mine, A World of Phoners and Derrick White where I discussed a certain novel there and how the mobile phone has turned many of us into a bunch of hunched zombies fixated on a screen just waiting to get run over by a speeding car or bus. That novel I referred to is Cell by Stephen King where phones literally turn people into mindless zombies. And it’s about to be made into a movie. 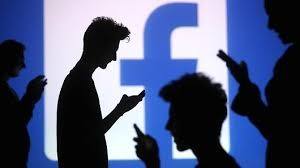 I’m not pulling a chair or anything, but I like the idea of me being right in predicting the cinematic potential of certain books. The novel itself was made in 2006, but even then I thought, this would make a great movie. Took ten years but at last, they’re making a movie about it. The same thing happened when I happened on a copy of Jurassic Park at a local bookstore and thought, they’ll surely make a movie about this. Months later, I found out it was already in production while CNN was reporting about a hurricane in Florida. Most books have cinematic potential, but it’s cool knowing what books Hollywood would actually bite into. Haven’t read any good novels lately so no more guesses. 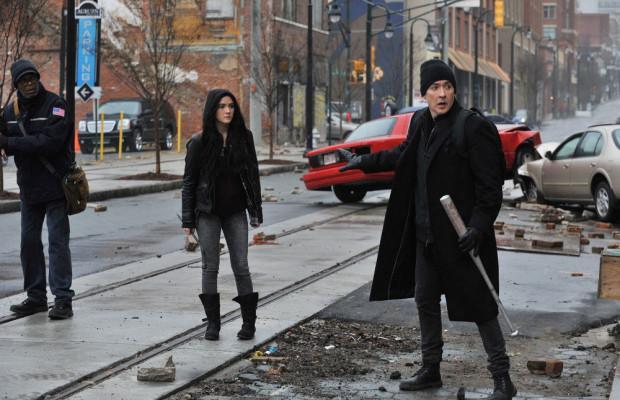 So what’s this movie all about? Will it be as gory and as fun as the latest major zombiefest World War Z? Producers say that it will have some gore but probably just as much as World War Z. Based on the book, this movie will also have running zombies like WWZ and 28 Days Later. Would this count as a spoiler alert? The synopsis is simple. A mysterious signal known as the ‘pulse’ turns people who were at the time using their phones turns them into mindless rampaging monsters who will later be referred to as Phoners. John Cusack will be taking the lead as a guy named Clay who wanders the devastation in search of his son. 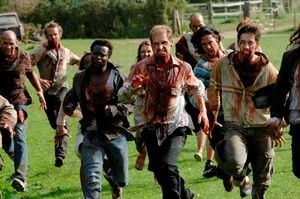 I just remembered. If you saw Kingsmen: The Secret Service, Sam Jackson’s grand plan is basically the same except in this instance, all those exposed to the pulse turn on the unexposed. The Phoners will later get together like in most zombie movies. Also, anyone bitten by those exposed to the pulse stays dead. But nowadays, people with mobile phones far outnumber those without, at least in urban areas so it’s a full zombie apocalypse at the event of the pulse. Also, the Phoners won’t be as decomposing and rotten as in other zombie movies. These will be living breathing human beings without any sense of self in the beginning. They’ll have bloody mouths and hands for sure after killing everyone else and maybe some wounds here and there. And speaking of Sam Jackson, he’ll also be in this movie.

RELATED NEWS
Will Smith's 'Concussion' Lets You Draw Your Own Conclusions

And because of my love for the genre, I came upon another book years ago called Autumn by David Moody. In this book, a large number of people develop a bulge in their throats which chokes them to death. The event happens in autumn hence the title. These dead people later reanimate to the horror of the few survivors. They start out slow like The Walking Dead’s Walkers but later develop into fast, vicious monsters attuned to sound. In Cell, the Phoners evolve as well. Would probably make a good movie too should the zombie genre pick up again.