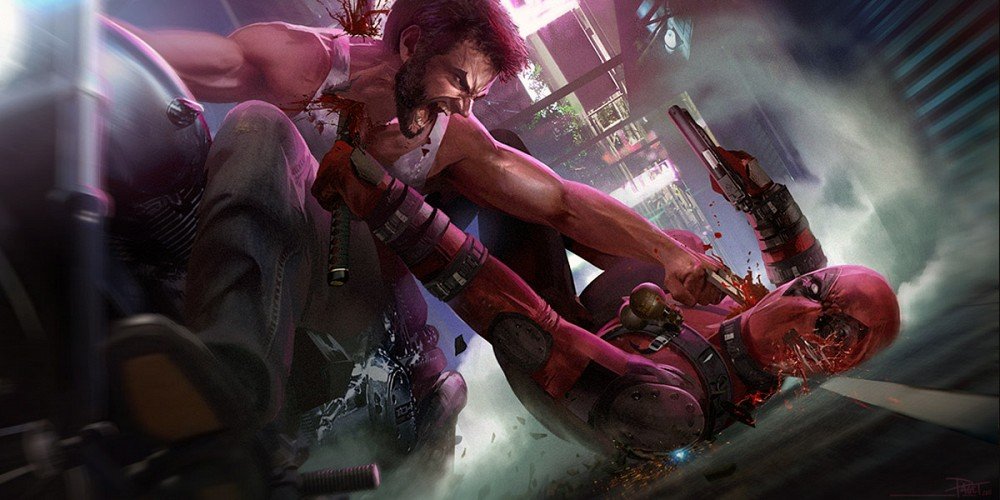 Don’t count on seeing Deadpool and Professor X on the same screen just yet. Fox may not be ready to reconcile timelines for now. As discussed before, the X-Men franchise currently has a timeline problem in which the true impact won’t be clear until the X-Men Apocalypse movie is shown.

“The second issue at hand is the ‘X-Men’ universe timeline. ‘The X-Men’ series is currently set in the 1980s, ‘Deadpool,’ is set three decades later in our present day. It’s a timeline that will eventually catch up I would imagine. But [‘X-Men’ producer] Simon [Kingberg’s] more the keeper of that universe and maybe we’ll see more X-Men playing in Deadpool’s sandbox and probably Deadpool playing in their sandbox at some point.”

In X-Men: Days of Future Past, we see Wolverine waking up in a seemingly preferable, happy timeline wherein everyone is alive including Professor X, Cyclops and Jean Grey and the school seemingly to be in order. This is the timeline that Deadpool seems to be set in. There’s no sign of any apocalyptic battle, and the world seems to be in order. But suddenly, Bryan Singer changed his mind. In X-Men Apocalypse trailers, we see a world, the 80s besieged by war and disasters the world might have problems recovering from. We see a huge potential for mutants to be hated even more because of Apocalypse making the future Wolverine woke up to highly unlikely. The end of X-Men DOFP is like seeing the more favorable S-Mart ending, but suddenly the studio chooses the Ash Willams’ loony post-apocalyptic wakeup.

So until the X-Men timeline resolves itself into a timeline closer to our own after X-Men: Apocalypse, no major X-Man will be showing themselves in a Deadpool movie and vice-versa. Speaking of timeline mix-ups, anyone notice how old-looking Colossus was in the Deadpool movie? Plus, except for the costume, we got the traditional segmented Colossus look and build. The other issue is the sandboxing. Clearly, in Mr. Wernick’s own words, Deadpool is sandboxed from the main X-Men franchise like an iPhone app and the files it works with. It’s similar to the problem between Marvel’s Agents of SHIELD and the mainstream Marvel Studios films due to issues between Marvel Entertainment’s Ike Perlmutter and Marvel Studio’s Kevin Feige. Deadpool, as many fans speculate is in his own little universe. Damn Bryan Singer if he takes the merc-with-a-mouth and puts his own spin on him. They really screwed Deadpool up in X-Men Origins. Mortal Kombat anyone?

As a technical X-Men character, it’s going to be tough continuing to ignore the Deadpool if his next movie becomes another hit and X-Men Apocalypse unlikely becomes another bomb. But there’s still a good chance Wade will take Colossus’ invitation to join the X-Men, perhaps after Deadpool 2.

“Oh for sure, if you look at the ‘Iron Man’ model they had two ‘Iron Man’ [movies] before they had an ‘Avengers,’ and if left up to us, I think that would be a very prudent path,”

If not, maybe after a Deadpool and X-Force film. If that too becomes a success, then the Singer-verse will have to capitulate, and we could probably have a real rebooted X-verse. Call me another sentimental purist fanboy but the source material is really hard to argue with. Ask anyone who actually read Harry Potter.

But for now, Deadpool should be okay in his own universe. Free of Bryan Singer’s convoluted X-Men universe with unresolved cliffhangers and mismatched character ages. Free to pull out dozens of unused mutants in the X-Men franchise. Viewers of the current film are happy enough to suspend any notion that the universe Wade is in is the same one as the X-Men’s. In Part 2, as long as they make Cable seem cool enough, viewers need not know about the man’s confusing past. Time travel with Cable should make for a crazy adventure. Once the aliens get mixed in, Mojo would make a perfect villain since Wade already thinks he’s in a movie or TV show. So, if the X-Men aren’t available, then the potentially R-rated X-Force team is always ready to lend Deadpool a hand, even though he could grow his own.