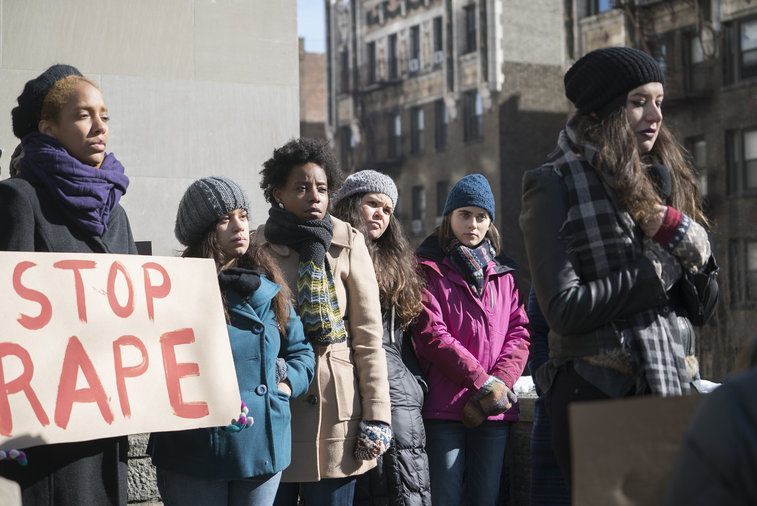 This week’s episode of Law & Order: SVU began with the airing of a fake TV show America’s Worst Crimes, which highlighted an incident that had recently happened at NYC’s Hudson University. A young female freshman at Hudson University was walking through campus with a fellow male student en route to his fraternity house. They went into the male student’s bedroom, where the young woman was sexually assaulted by him and his fraternity brothers. As Olivia watched this TV show she told her baby son, Noah that he would never be attending Hudson University. She then got a call at home about the show. 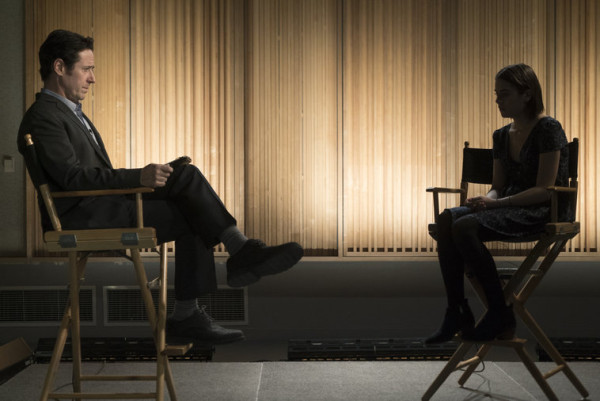 Olivia went to the station to talk to the other SVU detectives about the show. Sonny said that he had found out the incident discussed on the show had taken place in December of the previous year but that the NYPD did not have a record of the case being reported. Olivia stated that the university hadn’t addressed complaints filed with them by the female student that was the victim. Olivia said that she had gotten a call from the Mayor about this case and that SVU was going to investigate it. 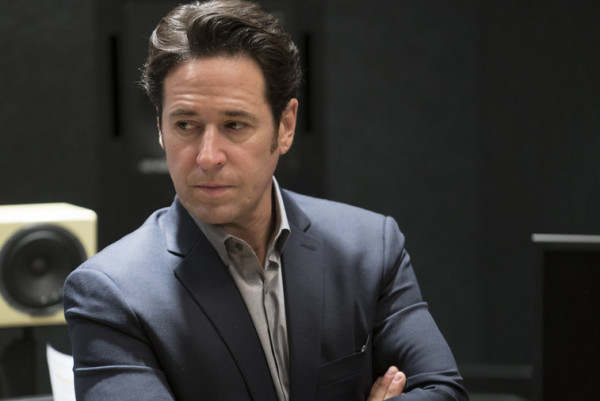 Sonny and Rollins then went to the headquarters for America’s Worst Crimes in an attempt to get more details on the case. Rollins said that she wanted the host of the show to put them in touch with the female victim but he refused to give them the woman’s real name. The two detectives then went to Hudson University to talk to the professor who introduced the female victim to the producers of America’s Worst Crimes. 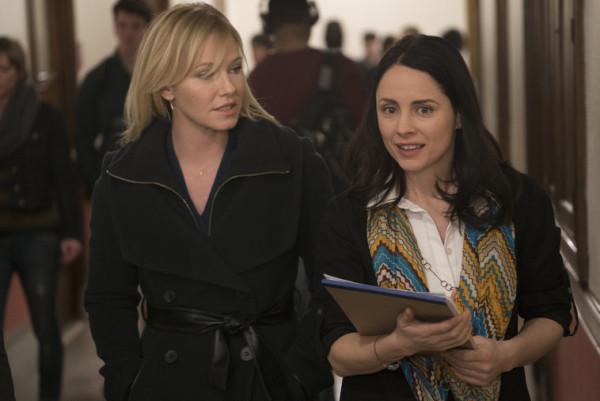 Back at the station Rollins talked to the professor on the phone and found out that the female victim refused to come forward to the NYPD. Olivia then went to the office of the President of Hudson University. The female University President told Olivia that she had spoken to the students in question and he had said the sex was consensual. 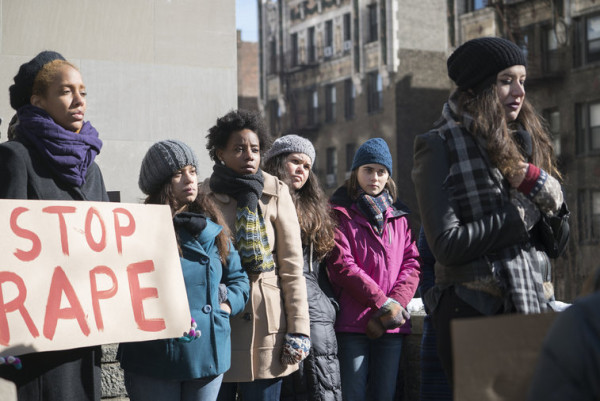 At a rally on the campus of Hudson University, directly outside its President’s office, Heather, the female sexual assault victim, came forward publically to tell her story. Olivia and Sonny happened to be outside the office when this occurred. 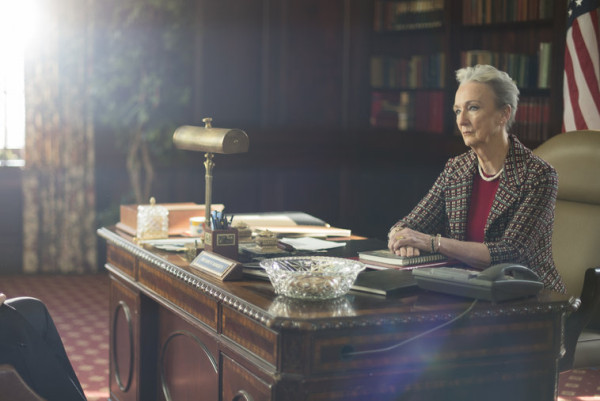 Later on, Heather and her professor showed up at the station and told Olivia that they were not pressing charges against Bryan, the young man who sexually assaulted her. The professor told Olivia she wanted to speak to her about the case. Heather then met with Olivia and Rollins and told them her story. She told them the young man she was with that night was the team captain of one of the university’s sports teams and that he and she had gone on a date to a bar earlier the same night. 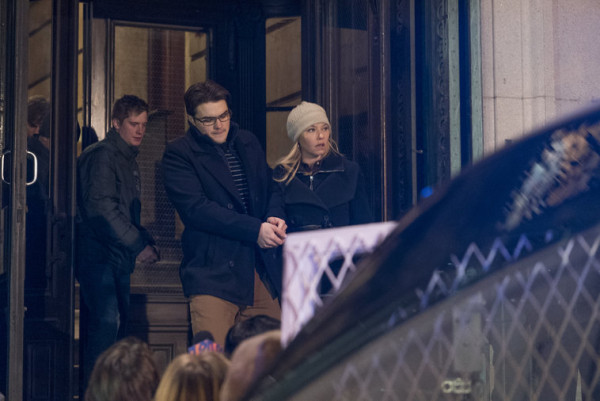 A team of NYPD detectives, including Finn, Sonny and Rollins, then went to examine the fraternity house for evidence. They found a video where the fraternity brothers said they were filming a slut shaming video featuring Heather. The detectives brought Bryan into the station for questioning. Sonny talked to some of the other fraternity members to try and determine what happened. Connor, another frat brother, stated that after Heather and Bryan slept together, she slept with them too. This helped the detectives determine that Bryan had been lying to them about the details of the case. 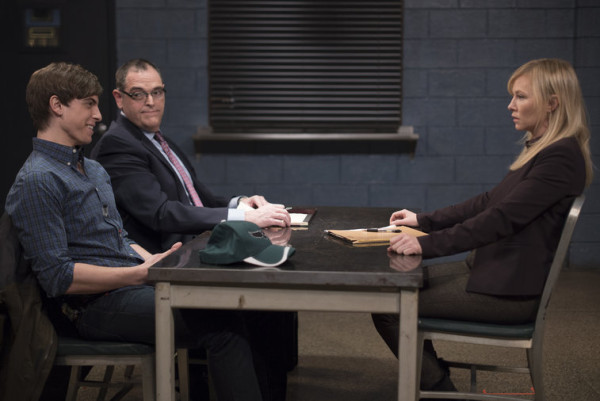 As the team of detectives arrested the fraternity members and took them to the police wagon, the press bombarded them with photos and questions. 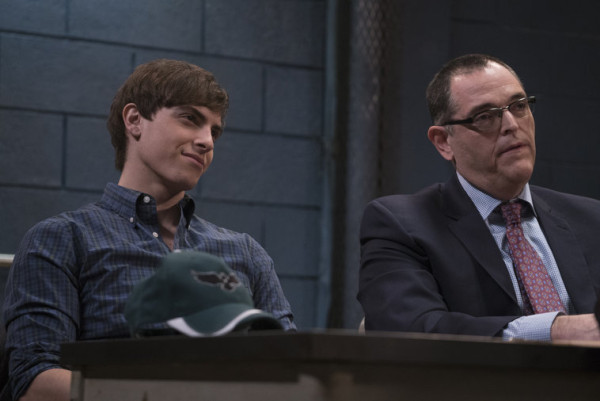 In an interview with a local morning news show, the host of America’s Worst Crimes confirmed to the news anchor that fraternities throughout the Hudson University campus had been shut down. Sonny and Finn watched the news show at the station. Olivia and the District Attorney also watched the show in his office.

Olivia then brought Heather into her office and discussed with her the fact that the NYPD knew of four assailants in the case, yet when Heather spoke at the rally she said there were six of them. Olivia then asked Heather not to keep talking to the press and speaking at rallies. Heather then told Olivia she had appearances on two national talk shows schedule for that night and Olivia told her she would have to cancel them. 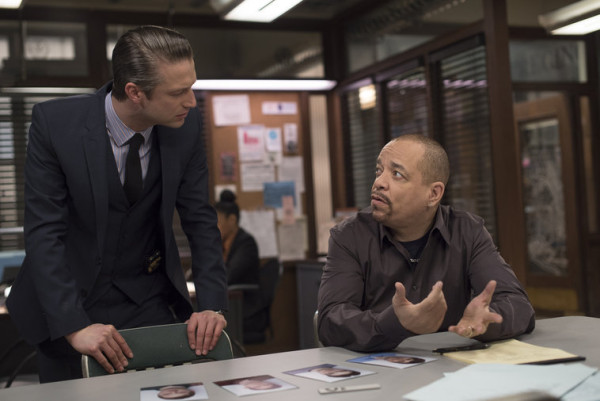 Zach, one of the young men allegedly involved in the Hudson University incident, then appeared live on TV with his lawyer, who said he was innocent of all charges.

In the D.A.’s office Heather once again stated that she had been on a date with Bryan and that the date had gone badly. Heather’s professor told Rollins Heather had reported to her that she had been assaulted. Heather told the D.A. that her sex with Bryan might have been consensual until she passed out from being drunk. She said that when she woke up Connor was on top of her, raping her. 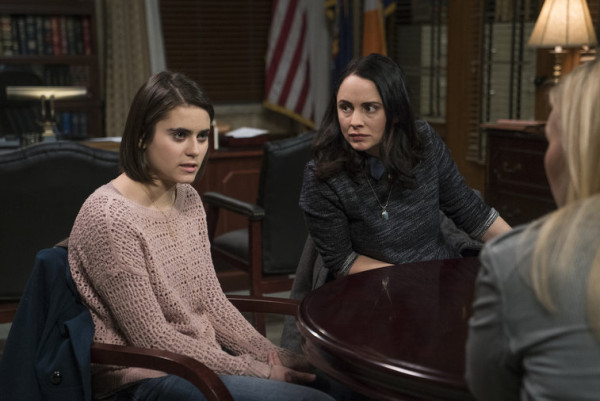 The D.A. then confronted Heather’s professor and demanded she tell him everything she had said to Heather. The professor stated wrapping up this case was about eliminating the country’s rape culture.

The press then caught wind that Heather may have been exaggerating the details of what happened to her at the fraternity house that night. On a new America’s Worst Crimes the host admitted that he shouldn’t have believed everything Heather was saying about what happened. Olivia said that the SVU department had been moving too fast to solve this case. 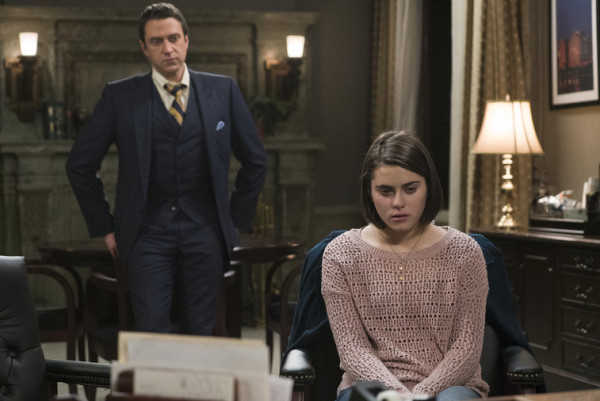 Heather then told Olivia that since she had told her story to the public other victims of sexual assault had come to her for support and she couldn’t retract the stories that she told.

In the court room, the lawyer for the fraternity members called for the case to be dismissed in light of the fact that Heather had exaggerated her stories. The D.A. dropped charges against them.

On the local morning news show it was stated that the NYPD was being sued.