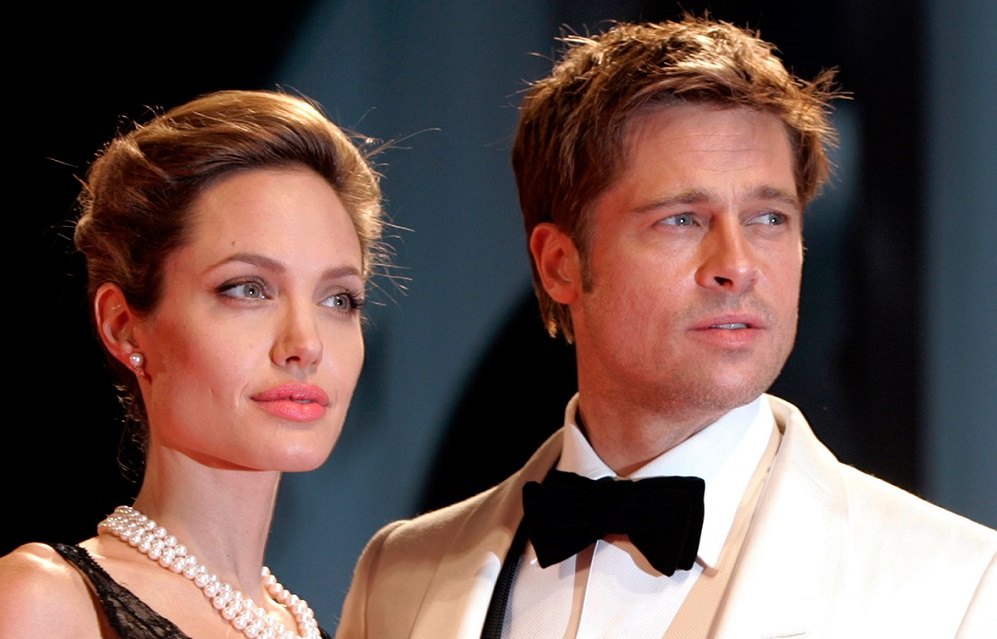 While the world is reeling from the news of Angelina Jolie filing for divorce from Brad Pitt, Jennifer Aniston is getting much exposure from the internet and memes flying everywhere.

Jolie is claiming that she’s filing for divorce for the ‘health of her family,’ but the internet is already on to the alleged fact that it’s more she didn’t like the idea of Brad Pitt carrying on with another actress (Marion Cotillard) on the set of their movie “Allied.” Yes, it cuts very close to home on their movie “Mr and Mrs Smith.”

So rather than harp on the negative, below is an Angelina Jolie and Brad Pitt timeline to remember happier days for the couple that appeared to have a true Hollywood romance similar to when Elizabeth Taylor stole Eddie Fisher (Carrie Fisher’s father) from then friend Debbie Reynolds.

Irreconcilable differences have brought an end to a Hollywood romance for the ages. Angelina Jolie-Pitt filed for divorce from Brad Pitt on Monday after 12 years together. A collection of key moments in their relationship.

Co-stars falling in love is about as cliched as it gets, but it happens, even when one party is married. The scene for Brad Pitt and Angelina Jolie was “Mr. & Mrs. Smith,” a sexy action comedy about an unhappy couple who rekindle that spark only after trying to kill one another. Pitt was married to Jennifer Aniston. Jolie was fresh off a divorce from Billy Bob Thornton (and had previously been married to Jonny Lee Miller). “I think we found this strange friendship and partnership that kind of just suddenly happened,” Jolie told Vogue in 2006. “We just became kind of a pair.” 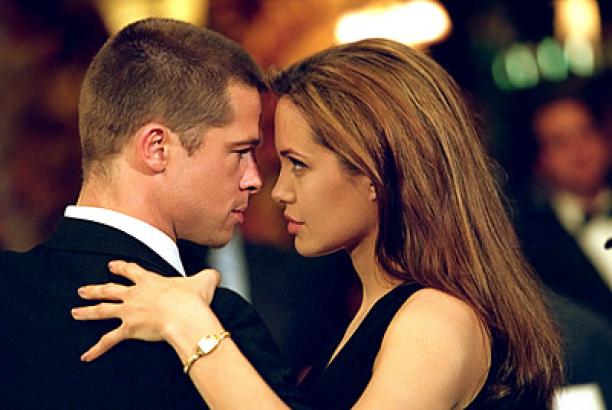 “Mr. and Mrs. Smith” wrapped in 2004 and it wasn’t until January 2005 that Pitt and Aniston announced their separation. During this time, Jolie said, “We spent a lot of time contemplating and thinking and talking about what we both wanted in life and realized that we wanted very, very similar things.” Jolie said it was when her son Maddox called Pitt “dad” that was the most defining moment. They decided not to marry until gay couples were afforded the same right.

Jolie had adopted Maddox from Cambodia in 2002 and later said that she made the decision to adopt Zahara Marley, an Ethiopian baby orphaned by AIDS, in 2005, with Pitt. “Somebody told me if you are going to adopt an orphan, you should adopt them from a country you love because that’s the only history you are going to be able to share with them – that’s their past,” Jolie told People in 2003.

On May, 27, 2006, Jolie gave birth to their first biological child, a 7-pound daughter they named Shiloh Nouvel Jolie-Pitt, at the Cottage Medi-Clinic in Namibia.

Pitt, who bought a home in New Orleans about a year after Hurricane Katrina struck and while filming “The Curious Case of Benjamin Button,” launched the Make it Right building project to help reconstruct the city’s most devastated area.

Jolie’s mother, actress Marcheline Bertrand, who raised Jolie and her older brother James Haven, died in January of 2007 at age 56 after a seven-year battle with breast cancer. Pitt, Haven and Jolie were at the Los Angeles hospital when she passed.

Jolie and Pitt adopted Pax Thien, a 3-year-old orphan from Vietnam, in 2007.

This time in a seaside hospital on the French Riviera, Jolie gave birth on July 12, 2008, to twins Knox Leon and Vivienne Marcheline. Their first photos were sold jointly to People and Hello! magazines, reportedly for $14 million. Proceeds would go to the Jolie-Pitt Foundation.

After some seven years together, Pitt and Jolie made the decision to get engaged. “It actually means more to me than I thought it would. It means a lot to our kids,” Pitt told The Associated Press in November 2012.

At age 37, Jolie had a preventive double mastectomy in February of 2013 after learning that she carried a gene that made it extremely likely she would get breast cancer. She made the announcement in the form of an op-ed she authored for The New York Times. “I do not feel any less of a woman,” Jolie wrote. “I feel empowered that I made a strong choice that in no way diminishes my femininity.” 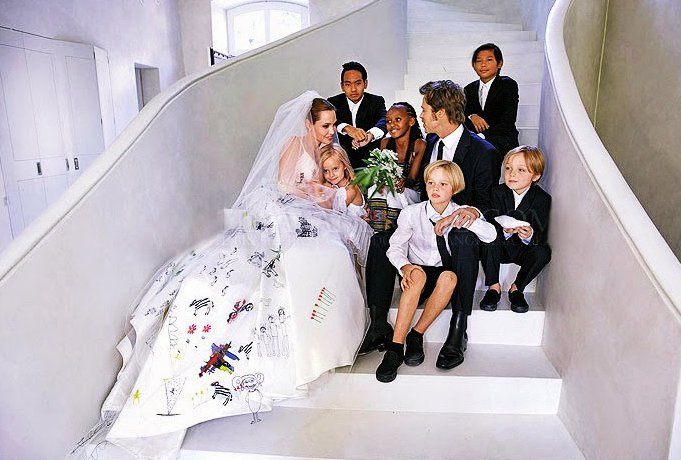 In August 2014, Jolie and Pitt exchanged vows in a small chapel at the Chateau Miraval, their Southern France home in the Provence hamlet of Correns. Jolie walked the aisle with her eldest sons, the then 13-year-old Maddox and 10-year-old Pax. Daughters Zahara, 9, and Vivienne, 6, threw flower petals. Eight-year-old Shiloh and Knox, 6, served as ring bearers. 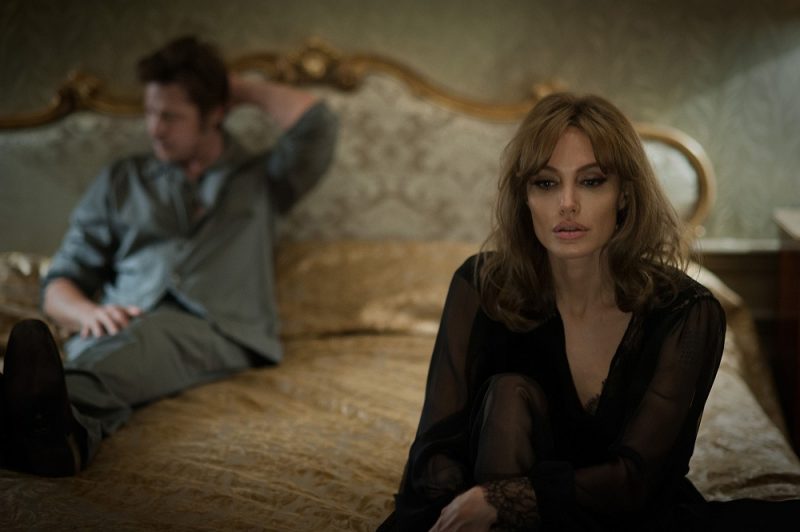 Ironic now, but Jolie wrote and directed “By the Sea” about the dissolution of a beautiful couple, falling apart over grief. It was the first time she and Pitt starred opposite one another since that fateful meeting on that other film about a rocky relationship, “Mr. and Mrs. Smith.”

At the film’s premiere in November 2015, Jolie-Pitt said: “You’re going to have a long life ahead of you, and you’ve got to shake it up and, sometimes, it’s really wonderful to test yourselves, to push each other.”

The pair was last photographed by paparazzi in July in Los Angeles – celebrating Knox and Vivienne’s 8th birthday at The Griddle Cafe in Hollywood and venturing out to Jamba Juice with Shiloh.

On Sept. 20, 2016, Robert Offer, an attorney for Jolie Pitt said that she was filing for divorce from Pitt. Offer said the decision to divorce was made “for the health of the family.”