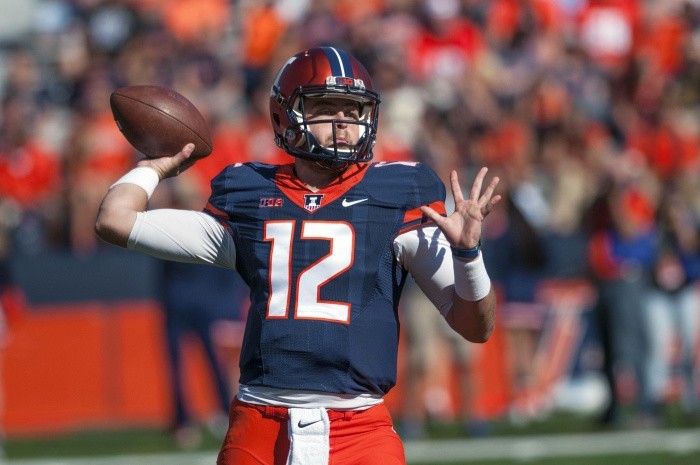 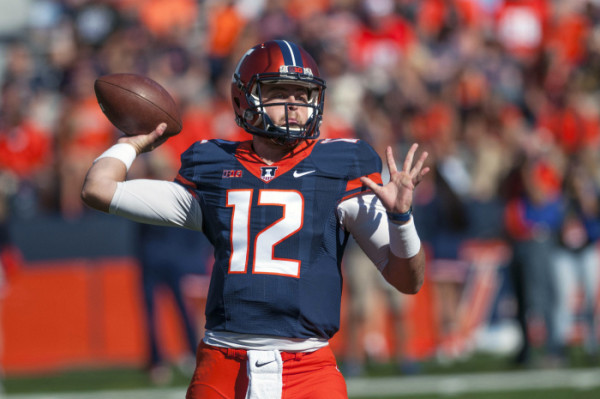 Winners & Losers From Week 5 Of The College Football Season

October is the month when the college football season heats up. Conference schedules start and there were plenty of big clashes this past weekend. The Top 25 is on upset alert the entire month. It’s going to happen; it’s just a matter of when. For one SEC team and another from the Pac-12, the first Saturday in October left them questioning if they have any chance of winning a conference title and a shot at a national championship. Here’s a look at this week’s winners and losers.

For the first time since 2009, Alabama was not favored in an SEC game. The Crimson Tide traveled to Georgia as an underdog and let the entire country know that they are still one of the nation’s best teams with a 38-10 victory over the Bulldogs. The Alabama defense virtually shut down the Bulldogs offense, although it did give up another 100-yard rushing effort to RB Nick Chubb. The loss does not affect the SEC East standings where Georgia is still a contender, but any discussion of head coach Mark Richt’s team being among those in line for a College Football Playoff slot officially ended Saturday.

Previously tenth-ranked UCLA dropped 10 spots in the latest coaches poll after losing 38-23 to Arizona State at home in the Rose Bowl. The Bruins fell behind 29-10 going into the fourth quarter before a valiant comeback attempt fell short. The UCLA defense gave up the clinching touchdown with just 45 seconds remaining when ASU running back Kalen Ballage carried several Bruins into the end zone on an impressive 23-yard scoring run. Super freshman quarterback Josh Rosen was harassed all night by the Sun Devils defense and RB Paul Perkins could manage just 63 yards rushing. It doesn’t get any easier for UCLA. They will face No. 18 Stanford and No. 24 Cal on consecutive Thursday nights.

Going into Week 5, the West Virginia defense was leading the nation in scoring defense. That changed quickly as the Mountaineers entered the Big 12 portion of their schedule. The WVU defense gave up 24 points to Oklahoma…and that was in the first half. The Sooners, led by quarterback Baker Mayfield, went on to a 44-24 win to move their record to 4-0. Head coach Dana Holgorsen’s defense will likely end up in the bottom half of the scoring defense statistics after consecutive trips to No. 20 Oklahoma State, No. 5 Baylor, and No. 4 TCU.

While the Big Ten features the nation’s two top-ranked teams in Ohio State and Michigan State, it was the little brothers of the conference that were big winners on Saturday. Northwestern continued its rise with a 27-0 win over Minnesota. The Wildcats defense will likely be among the top five in the nation in scoring defense when the new statistics are released. Northwestern has recorded two shutouts thus far and leads the conference in rushing (248.8 yards per game). Freshman quarterback Clayton Thorson scored two touchdowns and running back Justin Jackson had 120 yards rushing in Saturday’s win. The Northwestern defense held a fairly potent Minnesota offense to just 173 total yards and 11 first downs. Head coach Pat Fitzgerald and his squad gets its next test when it faces No. 22 Michigan next Saturday.

Illinois quarterback Wes Lunt found wide receiver Geronimo Allison for a one-yard TD pass with just 10 seconds remaining to give the Illini a 14-13 victory over Nebraska. Illinois is now 4-1 despite going through serious turmoil right as the season began. Head coach Tim Beckman was dismissed and interim head coach Bill Cubit was left to right the ship. He has done just that so far. The Illini will face another tough task next Saturday when they travel to Iowa, now 5-0 after an upset of Wisconsin.

The state of North Carolina is usually hyped this time of year because it is just over a week away from the opening of college basketball season. Teams like Duke and UNC begin their preseason training for the long basketball season ahead. This year is a little different. Both the Blue Devils and the Tar Heels are 4-1 and stand at the top of the ACC Coastal Division. North Carolina roared back to defeat Georgia Tech, 38-31, on Saturday. Quarterback Marquise Williams is a rising star. Duke played solid defense and if not for a big play with 28 seconds remaining in Saturday’s game with Boston College, would have recorded a shutout. The Blue Devils won 9-7.