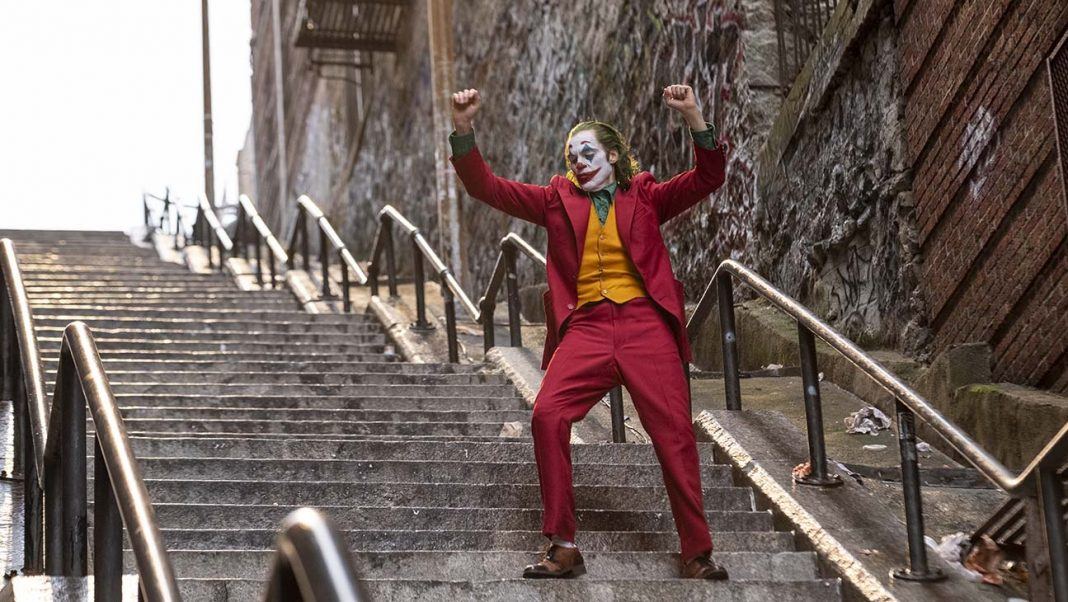 Controversy can be a fickle thing where at one time it could nearly guarantee record audience turnout as was the case with “Joker,” which smashed records as the largest October launch of all time. In other cases like Nate Parker’s “Birth Of A Nation,” negative press killed it immediately. Overcoming all the controversy and security worries, the R-rated comic book film opened bigger than Warner Bros. anticipated. Hollywood hates taking risks of any kind, but this is one that paid off very well for the studio.

The filmmakers and studio behind “Joker” have reason to put on a happy face. Despite concerns over its violent themes and ramped up theater security, audiences flocked to the multiplex to check out the R-rated film this weekend resulting in a record October opening.

“This was a much larger result at the box office than we had ever anticipated globally,” said Jeff Goldstein, Warner Bros.′ president of domestic distribution. “Putting records aside, we’re just thrilled that audiences are embracing the movie as strong as they are.”

Since debuting at the Venice Film Festival where it won the prestigious Golden Lion last month, “Joker” has been both praised and criticized for its dark spin on the classic Batman villain played by Joaquin Phoenix. The film from director and co-writer Todd Phillips was always seen as a bit of a gamble with one of the studios’ most valuable pieces of intellectual property, hence its modest-for-a-comic-book-film $55 million budget.

“Joker” has inspired waves of headlines over apprehensions that its depiction of a mentally ill assassin could incite violence, prompting movie theaters across the country to take extra security precautions. New York and Los Angeles police increased their presence around multiplexes, and exhibition owners outlawed costumes and face masks in some venues. The industry started to make some of these moves following the 2012 mass shooting in Aurora, Colo. that took place during a midnight screening of “The Dark Knight Rises” and left 12 people dead and 70 injured. Members of families affected by the Aurora shooting had spoken against “Joker.” Relatives and friends of those killed in that shooting sent a letter to Warner Bros. expressing their concern over the film.

“When we learned that Warner Bros. was releasing a movie called ‘Joker’ that presents the character as a protagonist with a sympathetic origin story, it gave us pause,” the letter said.

In its own statement, Warner Bros. wrote that “it is not the intention of the film, the filmmakers or the studio to hold this character up as a hero.”

“People knew what the movie was and the noise in the background did not slow it down,” he said. “It’s a thought-provoking film. We are enormously proud of Todd Phillips and the whole marketing team.”

But in the weeks leading up to its release, hype and uneasiness intensified beyond how audiences would react to placing this character in a realistic and unambiguously adult setting with “Taxi Driver” undertones. Responding to anxiety that the film might have the potential to inspire violence, multiple theater chains banned costumes or reaffirmed earlier policies regarding masks and authorities in numerous cities said they were stepping police patrols around theaters.

In the lead-up to the release of “Joker,” the F.B.I. warned of online threats, adding to fears that screenings of the movie might be targeted with violence. That prompted the police in cities including New York and Los Angeles to step up theater security.

While some worried this would impact the box office, it did not ultimately detract audiences from turning out opening weekend; the box office surpassed industry expectations and may rise even higher when weekend actuals are reported Monday. Although the film got a B+ CinemaScore from opening night audiences, the studio is optimistic about its long-term playability.

The movie opened without incident, though signs of audiences’ anxiety were apparent. According to media outlets, a number of moviegoers left a screening in midtown Manhattan on Friday night after a man cheered and applauded on-screen murders. Consuming what appeared to be alcohol, he reportedly spat on patrons as they left the theater.

“All the nervousness built around the film” made the experience particularly unsettling, one moviegoer, Etai Benson, wrote in an online exchange with the news agency.

Warner Bros. made a bet that audiences would respond to an edgy, artsy, boundary-pushing movie — and this weekend proved them right.

While opening sales for “Joker” were not as high as they were for “Batman v Superman: Dawn of Justice” ($166 million in 2016) or “The Dark Knight Rises” (about $161 million in 2012), Gross, the movie consultant, noted in his report that character spinoffs typically make less money than the original movies. “Joker” was able to perform roughly in line with other spinoffs relative to their main series counterpart. “The Batman franchise, including this spinoff, is playing at an extremely high level,” Gross added.

Reinforcing that success is the fact that “Joker” cost $55 million to make, a modest amount for a major production. “The Dark Knight Rises,” by comparison, cost a reported $250 million to bring to life.

“Sixty-six percent of the audience was under the age of 35,” Goldstein said. “That tells you that the audience will expand out with that younger group as time goes on.” The younger audience also gave the film a more favorable A- CinemaScore.

Paul Dergarabedian, the senior media analyst for box office tracker Comscore, said that the convergence of critical acclaim and controversy actually helped the film become bigger than expected at the box office.

“It’s the ultimate water-cooler movie right now,” Dergarabedian said. “Not only did ‘Joker’ over-perform in North America, but also internationally where the acclaim, buzz and controversy surrounding the film resonated strongly with moviegoers who put the film at the top of their cinematic priority list,” he said. “Movies that become part of the general conversation due to their controversial nature are often those that transcend their status as a movie to become a cultural event and this is exactly what happened with ‘Joker.’”

He added that it was important that “Joker” was always marketed as a “very dark, R-rated film.”

“It always had an element of mystery and danger surrounding it,” Dergarabedian said. “If it were a G-rated film, controversy like this would not be a good thing.”

In the landscape of R-rated comic book films, “Joker” is nestled between “Deadpool” and its sequel, both of which opened over $125 million, and “Logan,” which launched with $88.4 million.

“Joker” was the only new wide release this weekend, which is down from last year when both “Venom” and “A Star is Born” opened. Holdovers populated the top 10: The more family friendly “Abominable” landed in second place with $12 million in its second weekend and “Downton Abbey” took third in its third weekend with $8 million at 3,548 theaters lifting its North American box office sales to $73 million.

With awards buzz behind it, the Judy Garland biopic “Judy,” starring Renee Zellweger, added nearly 1,000 screens this weekend and placed seventh with $4.6 million from 1,458 locations.

Lionsgate and Millennium’s “Rambo: Last Blood” declined 59% in its third weekend, landing at No. 8 with $3.6 million. After three weeks in theaters, the fifth film in Sylvester Stallone’s Rambo universe has made nearly $40 million.

Specialty openings saw Sony Classics’ platform launch of “Pain and Glory” scoring impressively with $160,087 at four locations. The Pedro Almodovar drama opened at the Cannes Film Festival, where Antonio Banderas earned a best actor award for his portrayal of a film director in his decline. “Pain and Glory” is Spain’s entry for best international feature at the Academy Awards.

Overall domestic business for 2019 has hit $8.64 billion as of Saturday, down 5% from the same date last year. The gap has narrowed considerably from early July, when the figure was 9.1%, according to Comscore.