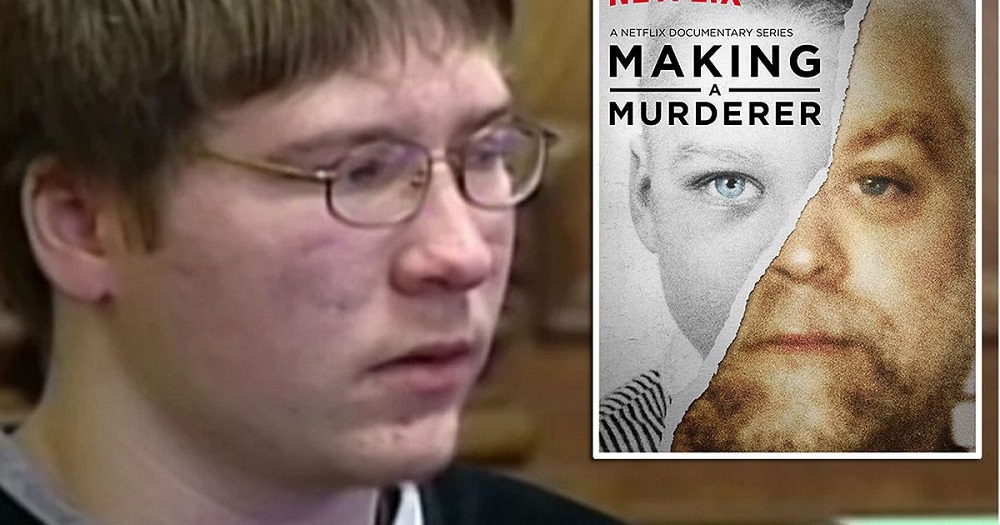 In what has turned into as complex a case as the West Memphis Three, Brendan Dassey has once again being released from prison while the state of Wisconsin appeals an earlier ruling.

A Wisconsin federal judge has ordered that Brendan Dassey, one of the subjects of the hit Netflix docuseries “Making a Murderer,” be released from prison on his own recognizance pending the appeal of his 2007 murder conviction.

Brendan Dassey, one of two Wisconsin men who were found guilty in 2007 in the sexual assault and killing of a photographer and who were featured in the Netflix documentary “Making a Murderer,” should be freed from prison while the state appeals a ruling overturning his conviction, a federal judge ruled on Monday.

The order to free Mr. Dassey, 27, came less than a year after the popular 10-part series by Laura Ricciardi and Moira Demos suggested that the police had unfairly questioned Mr. Dassey, then 16, without a lawyer or parent present.

It suggested that he was mentally unfit, that he had been coerced into a confession he later recanted and that his court-appointed lawyer had been content to cut a deal.

Prosecutors said, however, that Mr. Dassey had participated with his uncle, Steven Avery in the murder of the photographer, Teresa Halbach, 25. Mr. Dassey, who was charged with first-degree intentional homicide, mutilating a corpse and first-degree sexual assault, was convicted and sentenced to life in prison.

Dassey, 27, will be freed under the supervision of the US Probation Office, U.S. District Judge William E. Duffin ruled in court documents made public Monday.

Wisconsin Attorney General Brad Schimel said in a statement Monday that he intends to file “an emergency motion” seeking a stay of Dassey’s release.

In 2005, Dassey, then 16, confessed to authorities that he assisted his uncle, Steven Avery, in raping and killing photographer Teresa Halbach, whose charred remains were found in November 2005 on Avery family property in Manitowoc County, Wisconsin.

The case was chronicled in the controversial 10-part Netflix series “Making a Murderer,” which suggested that investigators took advantage of Dassey’s youth and limited intellect to coax him into confessing to a crime he didn’t commit. Court documents stated that Dassey IQ’s was “assessed as being in the low average to borderline range.”

Dassey, who has been incarcerated at a state prison in Wisconsin, later recanted.

Duffin overturned Dassey’s conviction in August, citing the manner in which the confession was attained. He called it “so clearly involuntary in a constitutional sense that the court of appeals’ decision to the contrary was an unreasonable application of clearly established federal law.”

“The court’s decision rests on a fundamental principle that is too often forgotten by courts and law enforcement officers: Interrogation tactics which may not be coercive when used on adults are coercive when used on juveniles, particularly young people like Brendan with disabilities,” said Dassey’s attorneys, Steven A. Drizin and Laura Nirider, in August.

Prosecutors maintained Avery and his nephew Dassey were involved in Halbach’s killing and the burning of her body.

Avery, 54, is serving a life sentence at a Wisconsin prison.

He has maintained his innocence throughout his trial. He said he was framed and is seeking a new trial.

It was not immediately clear when Mr. Dassey would be released, but the ruling by Judge Duffin concluded that he posed little flight risk or danger to others. The authorities have “failed to demonstrate that Dassey represents a present danger to the community,” the ruling read.

It noted that his “prison disciplinary record is exceedingly benign,” and included episodes such as his accepting several packets of ramen noodles from another inmate without permission from the prison authorities, having items with tape on them and using prison forms to keep score in games. He was seen as cooperative and requiring minimal supervision.

Mr. Dassey was required to provide an address of his intended residence by Tuesday. According to the terms of the release, he must remain in the Eastern District of Wisconsin, which covers an area including Milwaukee, Green Bay and his home in Manitowoc County.

He is not allowed to obtain a passport, to possess weapons or controlled substances, or to make contact with Mr. Avery or the family of Ms. Halbach. He will also be monitored by probation officers.

Mr. Avery was also convicted in 2007 and sentenced to life in prison without parole. A new lawyer, Kathleen Zellner, took up his case in January. She has said she hopes new forensic testing and evidence would lead to his exoneration, or at least to a new trial.

The Netflix series had also raised troubling questions over whether Mr. Avery had been framed by law enforcement officials. But Ken Kratz, the former district attorney of Calumet County, Wis., who had been the prosecutor in the case, has said viewers convinced of Mr. Avery’s innocence did not get to see important evidence that had led a jury to convict him.