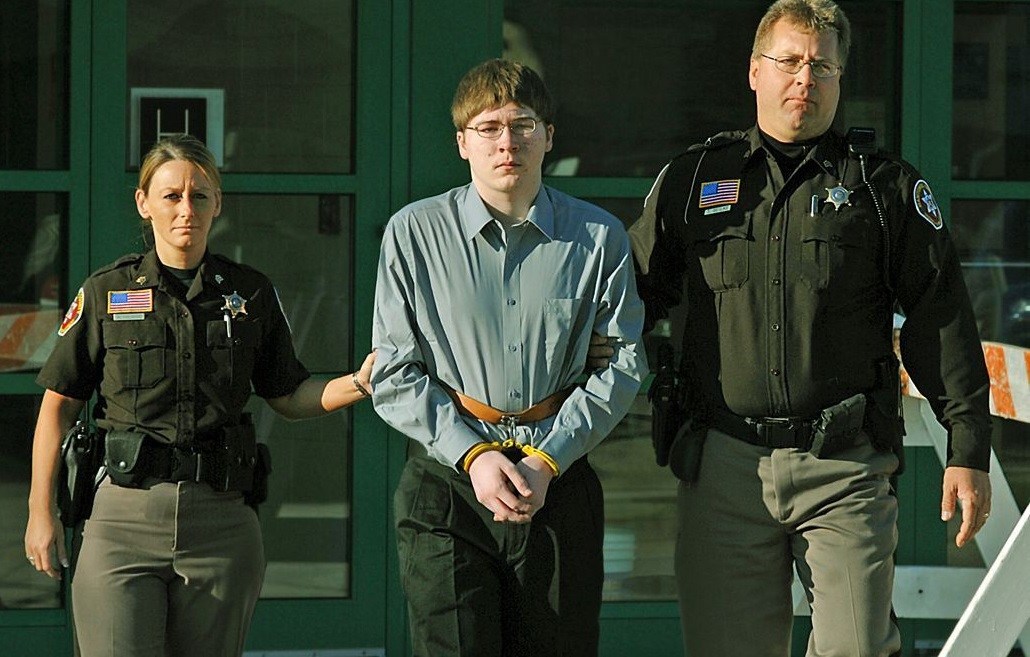 Brendan Dassey, one of the main characters in one of the most popular Netflix documentaries ever “Making a Murderer,” could be a free man in the next 90 days. A federal court has overturned the conviction of Dassey for allegedly helping his uncle, Steven Avery, rape and murder Teresa Holbach.

The Netflix film, “Making a Murderer,” shed light on the sketchy details of the case, showing the prosecution in a bad light. While the documentary didn’t prove Avery and Dassey innocent, it certainly showed plenty of doubt about their guilt.

A single reasonable doubt should have been enough for a jury to let both men off the hook. That was not the case.

So Avery and Dassey have spent the past decade in a cage due to the questionable tactics of their local police force and the prosecution team.

Dassey will be a free man very soon, unless the state Department of Justice decides to retry the case. Normally I would predict the powers that be in the state would not hesitate to retry the case. Those who sent Dassey away to the penitentiary have no interest in appearing to have sent an innocent man to jail. They would prefer an innocent man continue to rot away, rather than their authority and integrity be questioned.

However, all the attention the case has received since becoming a hit on Netflix, changes the game. What politician or lawman wants to get put under the hot spotlight of this case now?

Any brave soul looking to keep Dassey locked up could face the same fate as fat-faced Ken Kratz or cold-blooded Lieutenant Lenk. Both these characters were turned into super villains once the documentary went viral.

You can best believe that those at the top at the Wisconsin DOJ have a few skeletons in their closet that they don’t want Reddit sleuths digging into. If these authorities have any sense of self preservation, they will let Dassey walk away without a fight.

Still, there is the possibility of a re-trial.

That would be a spectacle like no other. It would almost compare to the O.J. trial back in the day, except with second-by-second updates via Twitter.

And there are still those that feel like Dassey and Avery are indeed killers. So the social media debates would turn nasty in a hurry if another trial did happen.

Many people simply want to see someone punished for the death of an innocent woman. And some people who are just now hearing about this case, without having seen “Making a Murder,” are likely complaining about a system that lets killers off the hook because of “technicalities.”

These folks should dig deeper of course. It’s worth watching the documentary in order to get a good look at the American justice system from the point of view of a person unable to afford proper defense lawyers.

If Brendan Dassey does walk away from prison in the next three months, it won’t be because of a loophole in the law. It will be because he was railroaded.

If he really helped kill Teresa Halbach, then the authorities should have had no problem proving it, by the book. The kid has a super low IQ. He’s no criminal mastermind. So why would the detectives need to resort to breaking the rules?

Good police work should have been enough to convict a dumb kid, were he guilty. But the cops cheated, and the prosecution went along with it in order to close a case.

I don’t know for sure, but if I had to bet, I’d say an innocent man is about to be freed.

If I’m wrong…..then a guilty man is about to be set loose because the people charged with upholding the law chose to stoop to criminal levels themselves. 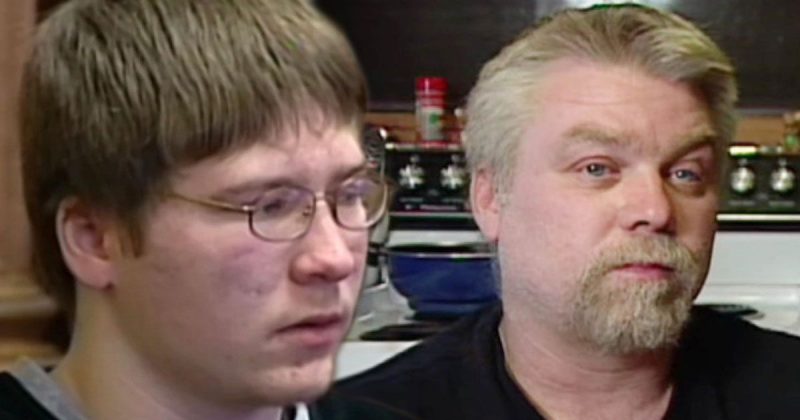 These theories were the first to appear heavily after viewers (like the entire Movie TV Tech Geeks team) spent their Christmas Holiday 2015 gripped by this powerful docuseries. 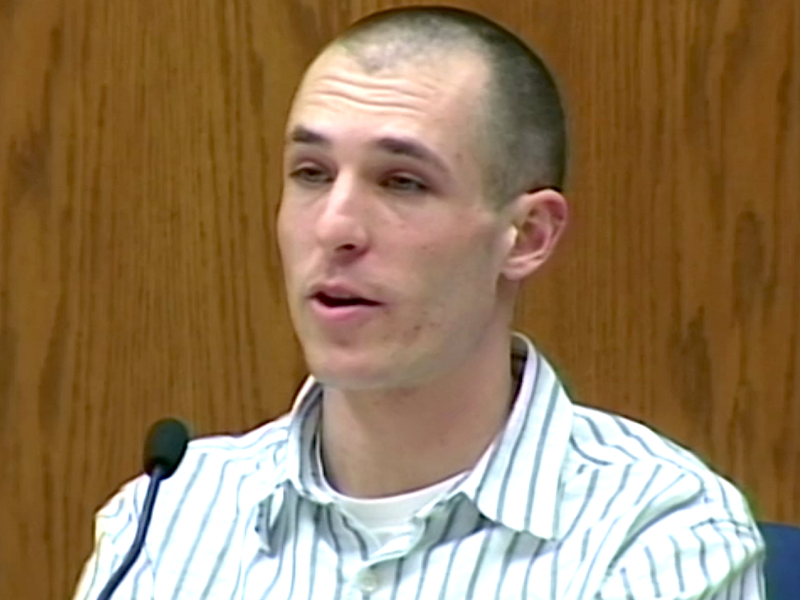 Hillegas was Halbach’s ex-boyfriend and was featured prominently in “Making a Murderer” both at the trial and immediately after Halbach goes missing. By his own testimony, he and “some people” were able to log into Halbach’s cellphone data to try and look at her call log.

Halbach’s cellphone was an important part of the trial, not only because Avery called her on the phone to set up an appointment when she would take pictures of his family’s car for Auto Trader Magazine, but because the defense argued someone deleted some of her voicemail messages after her death.

Redditors extrapolate that because Hillegas knew or guessed Hallbach’s cellphone password, he may have also been the person to delete voicemails from her phone,  which may or may not have contained incriminating messages.

Redditors also noticed marks on Hillegas’s hand from footage when he’s involved with the original search party for Halbach that they speculate could be human scratches. As far as we know from watching the documentary, he was never asked for an alibi at the time of the murder.

Others don’t believe Hillegas’s involvement means he could have killed Halbach, but instead speculate he and Teresa’s brother Mike may have helped police cover up an illegal search of the Avery property by planning a search of the car yard with volunteers. Perhaps, Redditor shvasirons argues, they also supplied the suspicious car key that was later found by the Manitowoc officer in Avery’s bedroom. 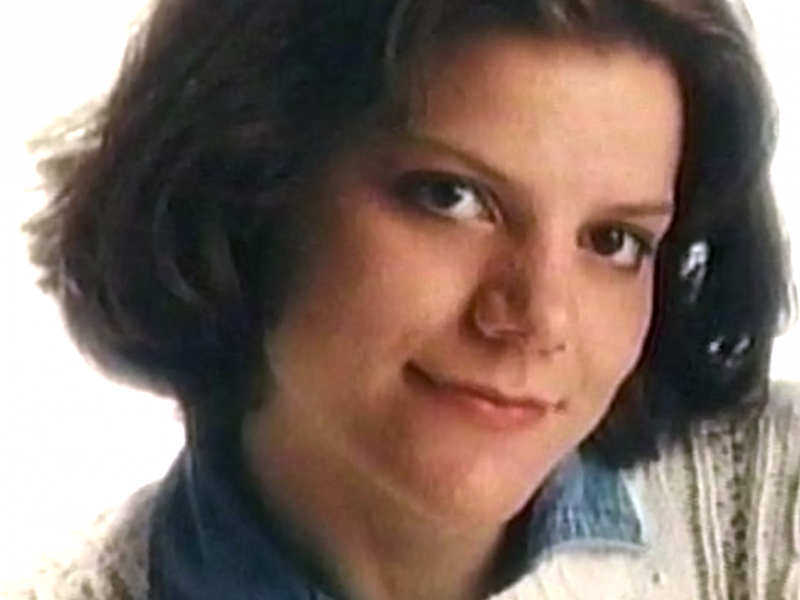 Theory #2: A different suspicious man was involved from a neighboring town.

While Reddit may be new to the case of Steve Avery, a man who goes by the name Brian McCorkle has been blogging about it since 2006 on his website Convoluted Brian. One of hisalternative theories involves a woman who moved to the neighboring town of Maribel, Wisconsin, and whose husband was acting extremely suspiciously during the week the crime was likely committed.

McCorkle describes the incident in a post, which you can read in its entirety here. He refers to the woman as “the citizen” and her husband as “the German” while describing bizarre instances like finding “fresh” bones on the property, a mason’s hammer with “visible dark red flecks,” and a woman’s clothes in the closet.

When she contacted the police about the clothing, she wasn’t taken seriously.

One night she noted a second floor balcony door was open. She entered the home and secured the door. After that she discovered an opened closet at the base of the stairs with a pair of women’s jeans, a top, and a pillowcase stained with red stains.

She contacted the sheriff’s department. When a deputy arrived, the citizen explained her findings and wondered if the clothing were connected with the Halbach case. She then discussed the other incidents with the deputy. The deputy stated that she believed the Halbach clothing had been recovered! She collected one magazine and the yellow panties.

If the Halbach clothing had been recovered, it was not information that was released at or after the trial of Steven Avery. If not, then the deputy was fabricating.

Most bizarrely, when McCorkle said the woman confronted her husband, “he simply laughed and said no one would believe her.”

Reddit users found McCorkle’s old post and one Redditor claimed to have gotten in touch with “the citizen” who was for a short while answering questions on the subreddit until she deleted her account and posts. 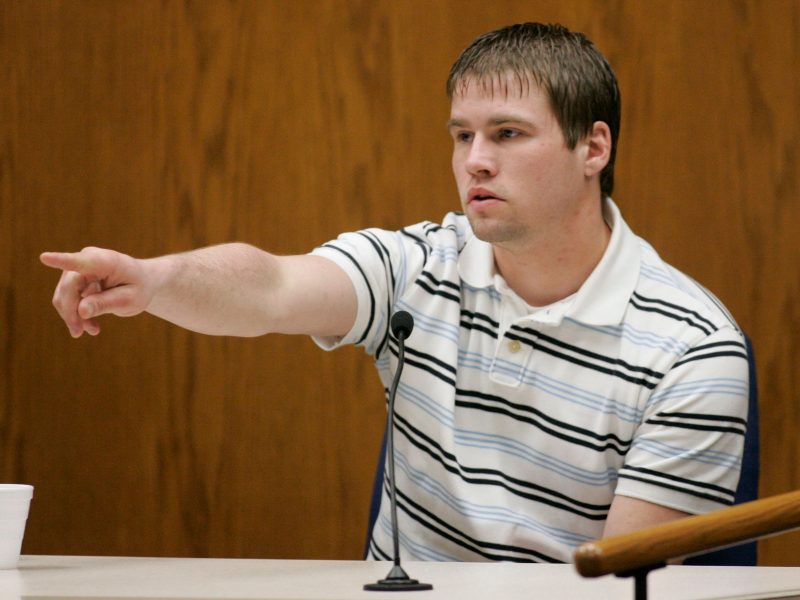 Perhaps the most popular theory on Reddit is that Bobby Dassey (Steven Avery’s nephew) and Scott Tadych (Avery’s brother-in-law) were the ones to kill Halbach.

For those who don’t remember, Dassey and Tadych were one another’s alibi, testifying that they saw each other drive off to go hunting. They were also heavily involved in Avery’s trial.

Dassey — who is also the brother of Brendan Dassey — testified in court that Avery made a joke to him and his friend Mike on November 3 about “get[ting] rid of the body,” an admission that almost lead to a mistrial. The defense argued the testimony was actually from the friend Mike who originally said the conversation took place on November 10. It was a sensational moment in court as well as in the documentary. Some reporters even questioned at the time whether there had been any prosecutorial misconduct, implying the original prosecutor Ken Kratz had Dassey lie on the stand to build a stronger case against Avery. 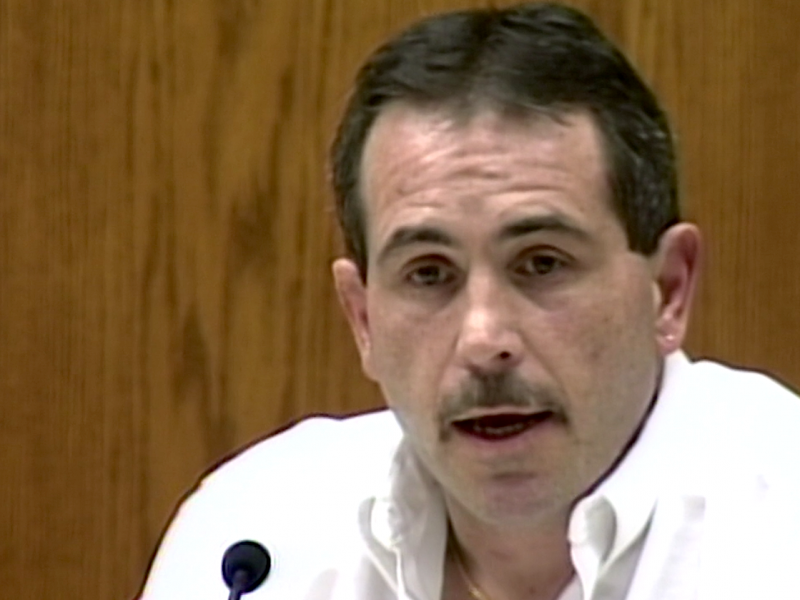 Meanwhile Tadych was the witness to place Halbach outside and taking pictures of the car in front of Avery’s trailer around 2:30 p.m. to 2:45 p.m. and said she was gone when he left by 3 p.m., which directly contrasts with the bus driver who said she saw Halbach still taking pictures at around 3:30 p.m. to 3:40 p.m. while driving her route.

In addition, Tadych was the one to testify in court that Avery’s bonfire flames were 10-feet-tall that night when he first told detectives they were around three-feet-tall.

There was also a suspicious mention in the documentary of Tadych trying to sell “one of the Dassey boys’” .22-caliber rifle shortly after the murder. Tadych denied it in court. Halbach is believed to have been shot by a .22.

All of this testimony has lead Redditors to believe the two either killed Halbach together, framed Avery, or both. User Betterwithcheddar explains the possible motive: “ It was their intention, it was not chance, it was planned. They knew Steve would be the suspect. They were tired of Steve’s impact on their family, the attention, they wanted him gone again.” One thing is clear after watching the “Making a Murderer” documentary — the Avery family and their salvage business sits on a large parcel of property.

And while the series may lead viewers to believe something corrupt happened to put both Avery and Dassey in prison for Halbach’s murder, the real question is why would they do that at all?

Reddit user BathRobeJesus believes he may have the answer: It was never about hating Avery and wanting to see him locked up, but instead, had to do with acquiring the family’s 40-acre land.

The connection rests on a man named Doug Hagg, whose name comes up once in the documentary “Making a Murderer.” Doug Hagg is said to be the District Attorney’s mentor and Redditors discovered he was also the head of a real estate transfers and registry office in Wisconsin.

“There are clear portions of the Avery Property, from current satellite view, imply[ing] that this property is important to the ‘mining’ that’s being done at the ‘gravel pit,'” BathRobeJesus argues.

Though he’s not sure how the gravel pit or Avery property could be important — perhaps it has access to water, oil, or another natural resource — it would provide another explanation to any alleged conspiracy against Avery and Dassey.