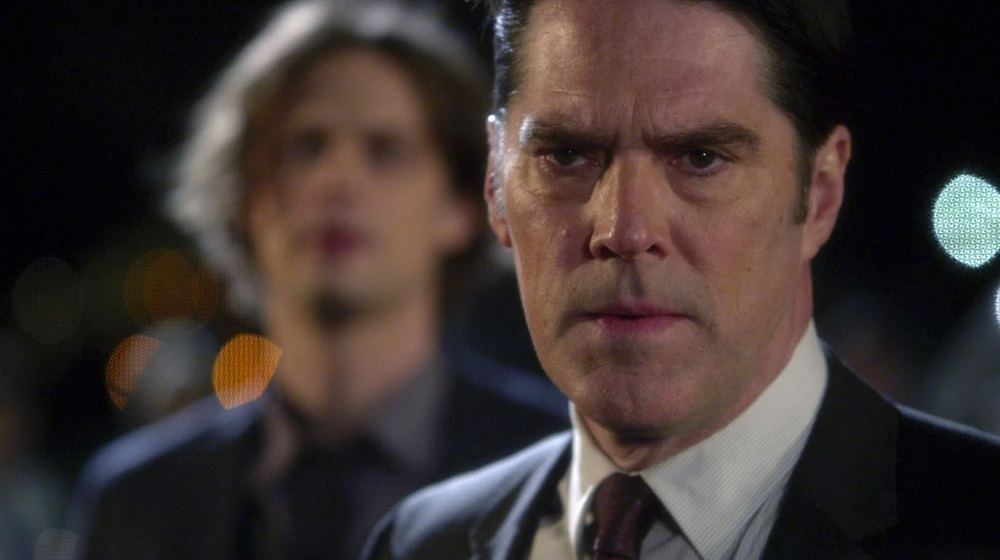 Many fans of “Criminal Minds” were shocked to hear the shocking news of star Thomas Gibson being fired from the long-running crime procedural drama.

The drama seemed to have come from out of nowhere when Thursday, news hit that the man who played Hotchner had been suspended from the first two episodes of the upcoming season. Then less than 24 hours later, he was fired. Those close to the situation know that it didn’t come out of nowhere, and it’s been a situation that has been deteriorating and ready to explode over the past few years.

It was the third strike in five years that led to Thomas Gibson’s ouster from “Criminal Minds” on Friday, according to multiple industry sources with knowledge of the situation.

The actor was fired by “Criminal Minds” producers ABC Studios and CBS Television Studios following an internal investigation of an on-set fight in which Gibson allegedly kicked writer-producer Virgil Williams during the production of an episode that Gibson was directing.

The incident that took place about two weeks ago was the last straw for the studios, after two prior flare-ups. In January 2013, Gibson pleaded no contest to alcohol-related reckless driving after being arrested on suspicion of DUI. And in December 2010, he allegedly shoved “Criminal Minds” assistant director Ian Woolf during a late-night location shoot. That led the production studios to mandate that Gibson take eight hours of anger management classes.

Gibson, according to multiple sources, was a mercurial personality on set who could be personable and friendly at times and other times quick to anger. It was no secret that Gibson and “Criminal Minds” co-star Shemar Moore, who exited the series at the end of last season, had an extremely tense relationship. Sources said Moore’s habit of arriving late to the set aggravated Gibson.

Gibson’s demands that the production schedule be juggled to allow him maximum flexibility in traveling to his home in San Antonio, Texas, was a source of friction with other actors and producers. One longtime staffer described Gibson as “selfish” in that regard.

The shoving incident came late at night just before the holidays in 2010 during a location shoot on the Sixth Street Bridge near downtown L.A. The chase sequence called for Gibson to drive quickly across the bridge. There was some confusion about when Gibson was supposed to set off, and after the take, he came out of the car yelling and confronting Woolf about safety concerns. Woolf, by multiple accounts, yelled back, after which Gibson shoved the director with both hands.

The incident rattled staffers because it appeared to mark an escalation of on-set tension for Gibson. There was some shock that he didn’t face harsher discipline from ABC Studios, the lead production entity on the show. The flap also came in the midst of Gibson’s negotiations on a new contract with the show — talks that were suspended until he completed his anger management classes.

After Gibson’s DUI arrest in 2013, he lost the use of his driver’s license for a period, which meant “Criminal Minds” staffers frequently drove him to and from the set for work.

The past incidents weighed heavily on the studios’ decision to terminate Gibson, even as it presents a significant creative challenge for the series. The actor has been a stalwart of the show since its inception in 2005. He’ll appear in the first two episodes of the upcoming season, which were already completed prior to his suspension, but he will not return to the set to film any final scenes. “Criminal Minds” begins its 12th season on Sept. 28.

A rep for Gibson declined to comment for the story, as did ABC Studios and CBS Television Studios and “Criminal Minds” showrunner/exec producer Erica Messer.

Gibson’s dismissal recalls the even more extraordinary circumstances surrounding Charlie Sheen’s ouster in 2011 by Warner Bros. Television from the CBS sitcom “Two and a Half Men.” At some point, the potential for a studio to be liable for unpredictable behavior trumps even star power on a profitable series.

“Criminal Minds” has been a consistent player for CBS in primetime and a steady source of syndication profits for both studios.

Some sources who have worked with Gibson for years say they’ve never seen the dark side described by others. One source emphasized that he was a dedicated family man who was committed to spending as much time with his young children and aged mother as possible.

But others were not sorry to see him go. 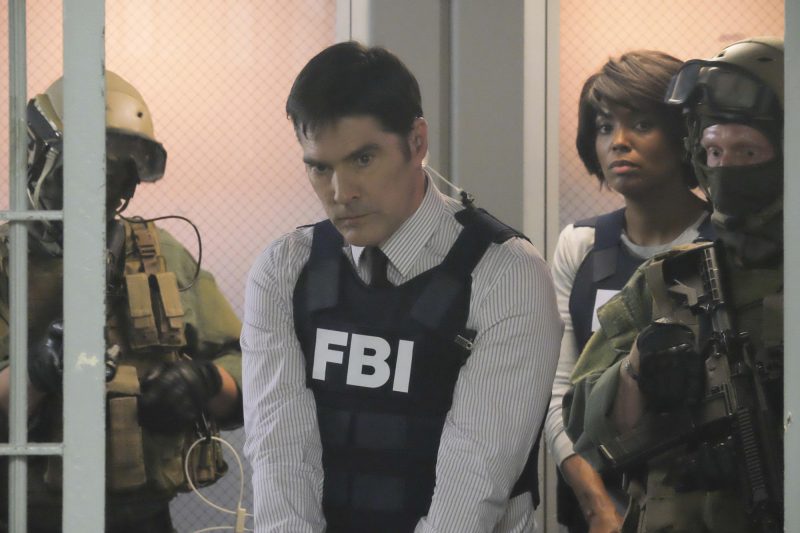 “It’s like a dark cloud has been lifted off that show,” said one longtime staffer of Gibson’s departure. “You never knew which Thomas Gibson was going to show up.”

The firing was preceded by an apology from Gibson on Thursday.

“There were creative differences on the set and a disagreement. I regret that it occurred,” Gibson said in a statement.

Gibson had starred on “Criminal Minds” – which focuses on an elite team of FBI profilers who try to anticipate and prevent criminal behavior – since its premiere in 2005. He played Special Agent Aaron Hotchner. He had also directed six episodes in recent years.

Details on how Hotchner will be written out of the show “will be announced at a later date,” the studios said.

“I love ‘Criminal Minds’ and have put my heart and soul into it for the last twelve years,” Gibson said in a statement Friday. “I had hoped to see it through to the end, but that won’t be possible now. I would just like to say thank you to the writers, producers, actors, our amazing crew, and, most importantly, the best fans that a show could ever hope to have.”

The 54-year-old Gibson had previously starred in the sitcom “Dharma & Greg” and the hospital drama series “Chicago Hope.”