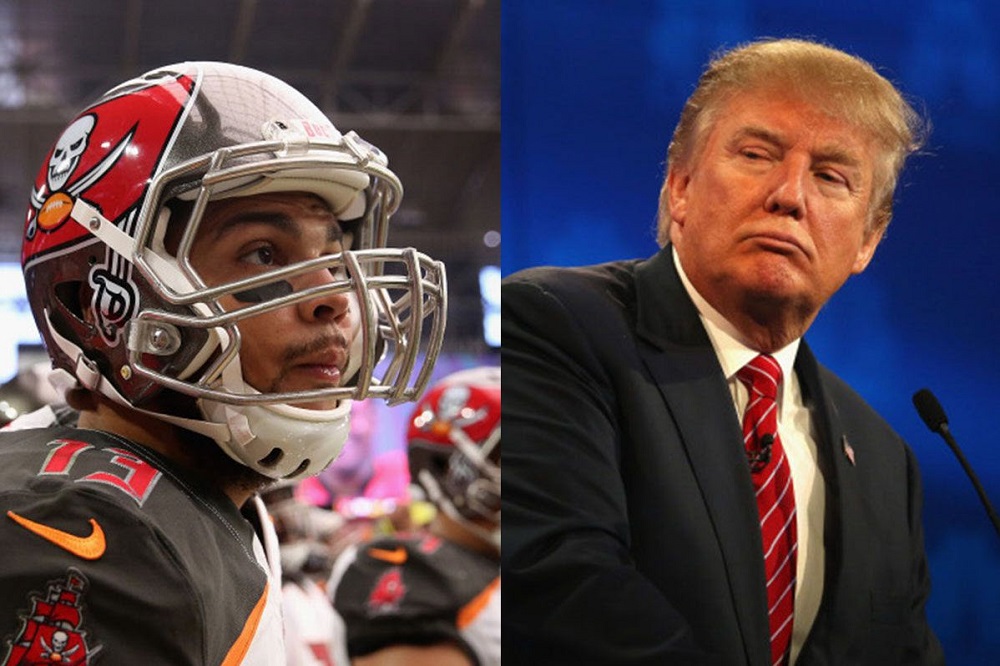 As the country adjusts to President-Elect Donald Trump and his victory in the U.S. Presidential Election Tuesday, many simply refuse to accept the results. In major cities across the country, people have taken to the streets to protest Trump.

Everyone has an opinion on the next president. Amongst celebrities, he’s not exactly the most popular. Football players are no except. Tampa Bay Buccaneers wide receiver Mike Evans is so upset with the results that he decided to protest the National Anthem during Veterans Day Weekend. That, of course, sparked up more controversy with the whole protest thing.

“I don’t want to, you know, disrespect the veterans or anything,” said Evans after the game. “The men and women who serve this country, I’m forever indebted to them. But the things that’s been going on in America lately I’m not going to stand for that. When Ashton Kutcher comes out and says we’ve been punked, then I’ll stand again. But I won’t stand anymore.”

I guess Evans won’t be standing anytime soon now. Colin Kaepernick and other NFL players who are taking a knee to bring attention to police brutality against minorities—whether you agree with him, his position, his methods, or not—at least have a specific issue in mind that they believe they can help change.

In Evans case, neither he nor anyone else has any power to change the results of the election. No matter what your view on Trump is, the people elected him, and respecting the results of a free democratic election is the basis of our country. That’s why we aren’t in a constant state of civil war like some countries around the world.

“If this happens, then America’s not right right now,” continued Evans. “I said this a long time ago. When he ran, I thought it was a joke, and the joke continues. I’m not a political person that much, but I got common sense. And I know when something’s not right.”

I guess Evans won’t be standing for at least the next four years.