Home Interviews Rob Benedict talks up ‘Kings of Con’ premiere and a certain 911... 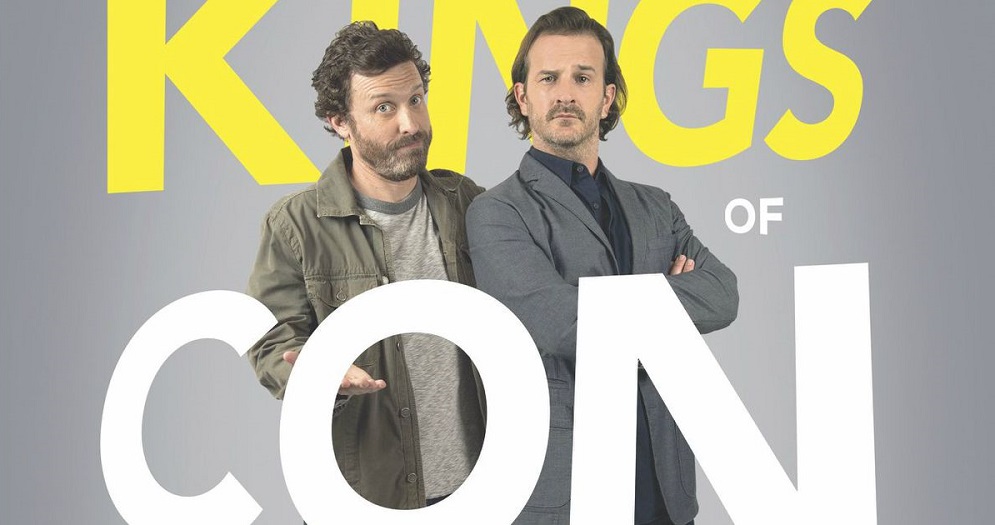 If you attend Supernatural conventions and/or follow Richard Speight Jr. and Rob Benedict on Twitter, you might be curious as to what exactly Kings of Con is about … or you might be like me, and know all about it, and just couldn’t wait until today, when we can watch the premiere!

I got the chance to chat with Rob regarding his “passion project” with Rich last week.

We’ve been doing conventions for the TV show Supernatural since 2009 and every year we do more and more. Obviously, we’ve traveled the globe and amassed quite a few stories from our shenanigans on the road. About four, or three years ago, we thought this should be a show. We’ve got to write this down. I had compiled notes over the years whenever something funny would happen or something funny that we’d say.

We got together and the first thing that we wanted to do, was to make something that would be seen by people. We went to the fans, and we did an Indiegogo campaign to finance this little teaser of what the show might look like. We raised a really good amount of money in a short amount of time, and that attracted the attention of Lionsgate and Comic-Con who were forming a network at the time. They came on board and said hey, we want to help you make this show. Which was perfect for us, it’s the perfect home for us, and it let us make this into an actual series.

We’ve got 10 episodes, and we are premiering on the 15th of November, and the show follows the characters of Rob and Rich, who are caricatured versions of ourselves; sort of through the convention circuit and the shenanigans that we get into. Really, it’s about us, our relationship with other actors and we illustrate the fact that the craziest people at these conventions are the actors themselves. 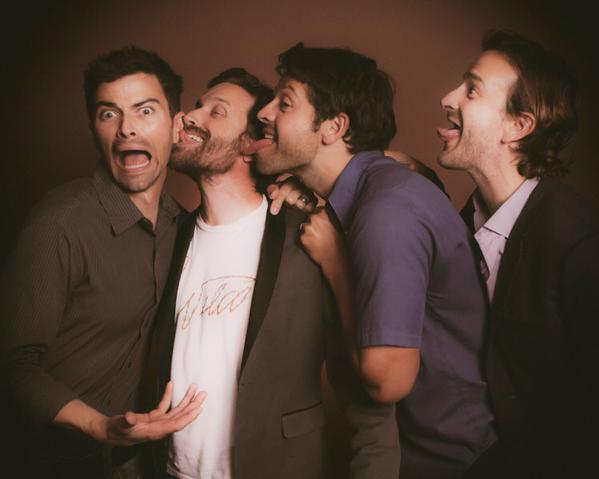 Although much of Kings of Con is a product of Rich and Rob’s imagination (who could go wrong with stories from an archangel that specializes in fantasy – hello, Trickster — and God?), some of the things that happen in the episodes are true.

Just like any parents, Rob and Rich are very proud of the show.

“I’m proud of the whole thing … it was incredibly rewarding … it started as a napkin idea in a bar with me and Rich, y’know, in Toronto, sort of scrawling down the show as we started to conceive it … now, four years later here we are talking about it. To have been involved in every step of the process, to produce it, direct it; Rich directed and we both wrote it and produced it; I honestly just kept pinching myself, couldn’t believe it was actually happening. We assembled this crew that was an amazing bunch of people, and the show came out like we wanted it to be, as we wrote it. That’s a really fun thing to do. You imagine something in your head, next thing you know you’re watching it on your computer, and you’re going, ‘Oh my God, this is the show!’ We couldn’t be more excited about it.”

(I have to admit, hearing Rob – who of course plays God on Supernatural – say “Oh my God” made me giggle.) 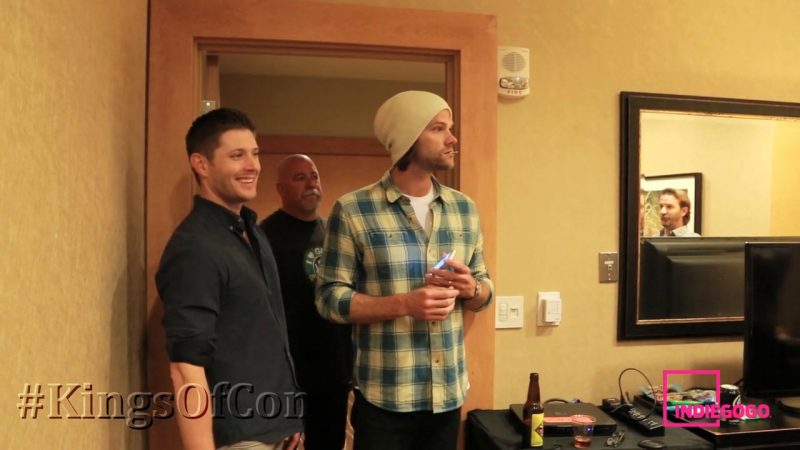 Each episode has guest stars – and yes, the boys – Jared Padalecki, Jensen Ackles and Misha Collins – also make an appearance, in addition to other well-known, and well-loved Supernatural actors.

My last question was a doozy – even I found it a bit hard to get my head around when I transcribed this interview … however, it resulted in an awesome story, so …

A funny one kind of involves a real story that we ended up writing into the show. There’s a story that’s in one of the episodes, inspired by a real-life event. We had gotten to this convention, and we both were staying on the ninth floor of this hotel, and I dialed his [Rich’s] room, he was in room 911; I was in like room 924 … I dialed his room because my phone had run out of batteries. The person on the other end answered, “9-1-1, what’s your emergency?” I thought it was Rich doing a bit, so I’m like, “Ha, ha, Rich, do you want to get a beer?” And this person kept on going, “9-1-1, what’s your emergency, what’s your emergency!” I realized I had called 9-1-1! I didn’t dial 7 to get the hotel or whatever … I’m actually on the phone with someone who is 9-1-1 emergency, I freaked out, and I hung up the phone. I’m like, “Oh no, I did something really wrong!” So I ran down to Richard’s room, I’m freaking out, we’ve been in New Jersey like 20 minutes, and I had just hung up on 9-1-1. I’m telling him this story, he’s laughing and thinks it’s the funniest thing … literally like 15 minutes later there’s this pounding on the door, we looked through the peephole, and it’s the cops. Literally, the cops are at his door. We opened it up, and we’re like, “Ah! We’re sorry!” It was such a freaky experience. So we wrote that into the show, of course in the show, it sends us off into this whole journey of stuff that we made up … but that actually happened. When we wrote that and sent the script into Lionsgate, they’re like, “Guys, this is great, so funny … I don’t think the cops would actually come to the hotel …” We’re like, “Yeah, they would. Because they did. This really happened.” It was kind of funny, combating that note with actual fact; “No, because that kinda happened.”

The first two episodes of Kings of Con premiere on Tuesday Nov. 15, 2016, with new episodes being available every Tuesday following. Once you’ve watched the episode, hang tight, because every Tuesday night at 7 p.m., there will be an after show – the Kings of ConVersation – streaming live on Comic-Con HQ, Facebook Live and YouTube. Look for special guests and interactive social media elements on every episode.

Kings of Con is accessible in the U.S. via the Comic-Con HQ app, in addition to iTunes, Amazon, Google, Playstation, Xbox and Vimeo.

Kings of Con will be available internationally, as well.