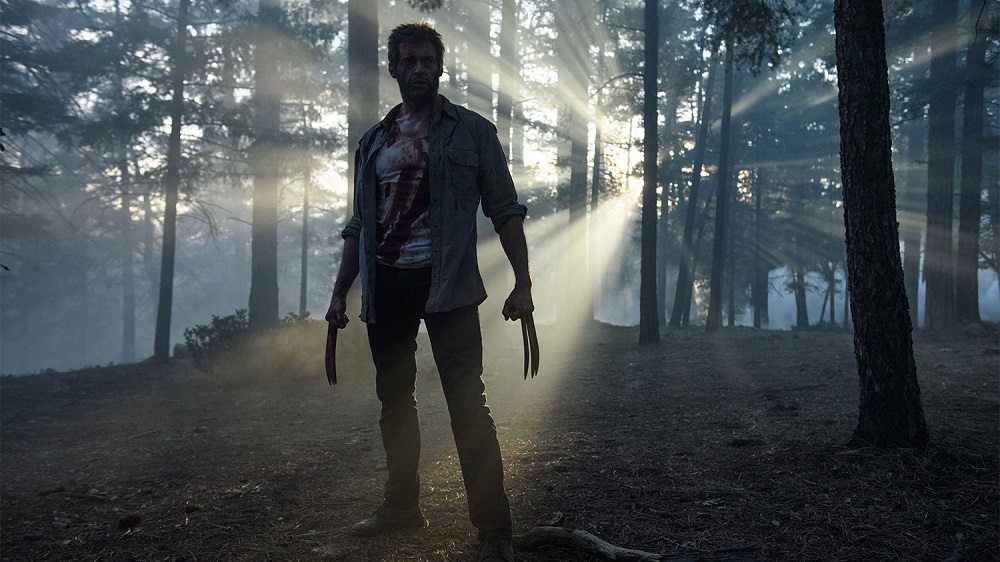 In all honesty, I didn’t have my hopes up for Logan. Though I had some positive things to say about X-Men Apocalypse, with the X-Men franchise’s messed up timeline, I couldn’t comprehend what sort of explanation Fox could give me why his future has become so dystopian for Logan and his fellow mutants based on the trailers. I watched Logan after all the positive reviews on the web and wondered what all the fuss was about. To rephrase that, I was going to watch it anyway, and the positive reviews got me intrigued. I resisted being plot-spoiled on YouTube until I saw the film for myself. I was ready to be disappointed, but you know, I was disappointed that I wasn’t disappointed. Make sense yet? The movie was as great as the many articles and YouTubers I subscribed to said it would be.

Before you go on, SPOILER ALERT if you haven’t watched the film yet. You SHOULD watch the film. Not because the film is Hugh Jackman’s final outing as Wolverine, as well as Patrick Stewart’s final outing as Charles Xavier, and not because you’re just curious, but because the film is actually good. Regarding both actors, they did really well on the movie. I also loved that heart-breaking scene with Xavier later on in the film and could understand where Sir Patrick Stewart was going with when he said he’s done with Professor X for good. Logan is a fitting send off to him as Professor X.

We know that Fox X-Men films are a hit and miss with critics unlike Marvel which has a good track record. The hits include X2, X-Men: First Class, X-Men: Days of Future Past, Deadpool and now, Logan. What’s ironic is that like Deadpool, some say that Logan was another throwaway film by Fox to send Hugh Jackman off, in a way that the creative team can do whatever they wanted. They chose the Marvel Comics’ Old Man Logan story by Mark Millar as a basis and to introduce X-23. How they’ll pull it off without other Marvel characters was anybody’s guess. Kudos to them for actually being able to do it.

Now for the story. Remember how we continue to cheer behind Professor X’s dream of peaceful co-existence between humans and mutants in both film and comics despite several depictions of dystopian futures? Well, in Logan, the dream of peaceful coexistence between humans and mutants is gone. Not with a bang, but because of something as lackluster as GMO foods. Mutants worldwide, so numerous as was shown by Cerebro in X2 are gone, not because they were wiped out by Sentinels or super-powered forces but by getting poisoned by an ingredient that targeted the mutants’ x-gene. GMO foods either de-powered them, sterilized them or killed them instantly without them knowing it. Just like how the Leviathans in Supernatural Season 7 planned to make humans docile enough to be eaten by introducing agents into the corn syrup which is mixed into practically everything.

The mutants’ extinction wasn’t as spectacular (the word I was looking for) as the Scarlet Witch declaring ‘No More Mutants’ in the comics, but it was explained rather well. That could happen which is also what all the fuss is about regarding GMOs. If you watch Logan from a perspective of a standalone film as the internet said it’s supposed to be, then yes. There would be no spectacular X-Men involvement in the mutants’ extinction. Logan himself is weakened and suffering from both GMO and adamantium poisoning. His weakened mutant healing factor is the only thing keeping him together.

Speaking of the X-Men, where are they? Again, watching in the perspective previously described, they’re nowhere in the movie which might get fans disappointed. There is no flashback. There is hardly any explanation except for a news byte you shouldn’t miss and Charles’ Xavier’s statement in the middle of the film. I won’t spoil it too much, but Charles is responsible for the X-Men’s demise which I could theorize was loosely based on the Marvel Comics’ Onslaught Saga, had Onslaught succeeded in the beginning.

Xavier became the being known as Onslaught because of all his repressed negative feelings (they had to go somewhere) and part of Magneto’s psyche that entered him when he mindwiped Magneto in another story. Onslaught would have succeeded in killing the X-Men if it weren’t for the time-travelling Bishop. In Logan, Xavier killed the X-Men, but he didn’t mean it. In the film, Charles is suffering from a degenerative brain disease that’s causing him to have seizures that paralyze everyone around him which could have killed everyone in what is called the Westchester Incident. That was the disappointing but well-explained reason for losing that beautiful DOFP ending that could have really re-booted the present X-Men, but Fox decided to do another prequel instead to keep J-Law and McAvoy. So the Westchester Incident explains why old Xavier is running around with old Logan in the trailers.

Kindly allow me to cite a couple of differences in film and comics. In the comics, Xavier is currently dead, killed by a Phoenix-possessed Cyclops and it was Logan who killed all the X-Men (in an alternate reality) under the influence of Spider-Man nemesis Mysterio causing Logan to hand up his claws.

For anyone expecting a small appearance by Magneto, they’ll be disappointed. He was either killed by GMO food or died with old age, but again, this film isn’t about the X-Men. Speaking of villains, they’re a disappointment as well. There is no Mr. Sinister here as teased in X-Men: Apocalypse. There is instead a very human scientist named Zander Rice whom I only last saw as Darwin Mayflower in Hudson Hawk (a favorite of mine). Donald Pierce and his Reavers don’t do much except look tough with their cybernetic enhancements. No high-tech arm lasers or cannons here and little X-23 can easily handle them. But they serve their purpose, and with their numbers and Logan’s weakened condition, they are a viable threat. The only notable villain here is Hugh Jackman himself as X-24, a successful Wolverine clone who is also the reason that X-23 and her fellow children (yes, there are more) are being hounded by Zander Rice. Why grow and teach mutant kids to be killers when they became successful in making a mindless programmable clone?

And now for the last two great disappointments in the film. One word, poignant. STOP RIGHT HERE because this is what makes the movie great if you don’t want to get spoiled. Dramatic exits of two great actors of the franchise.

In their journey to get away from their pursuers, Logan, Laura and Charles meet with a friendly family of farmers who offer them shelter, despite their best judgement. Charles experiences some real food and comfort after several years in Logan’s custody and while in bed reflects that it was more than he deserved after Westchester. This is when he is stabbed in the chest by X-24 who he thought was Logan. The family sadly dies as well, and Charles later dies after bleeding out. Very sad and a wonderful performance by Sir Patrick Stewart. Now that you’ve read this despite not seeing the film, you still need to see it for yourself.

And lastly, in the final confrontation with Rice, Pierce and X-24, the near-indestructible Wolverine we all know and love also doesn’t make it in the end, succumbing to his wounds because of his weakened healing factor at the hands of X-24. Pierce is killed easily by Laura’s companion children using their various mutant powers. If there’s any new mutants film of TV series coming out, it could involve these very children. Rice is killed nonchalantly by Logan and X-24 is killed by Laura using Logan’s adamantium bullet he kept since X-Men Origins.

About the film itself, Logan is full of great but brutal claw action that earns the film its R-rating. No sex scenes here like in Deadpool but the violence and swearing is all over the place including swearing from Charles Xavier himself. The film is bloody including those scenes with Laura. Not sure if actress Dafne Keen would even be allowed to see her own film. The violent claw action people expect from a film with Wolverine and X-23 can be seen right here from the film’s beginning to the end. There aren’t many over-the-top effects as in X-Men: Apocalypse, but this film is more action-oriented and is described as a revenge western played with claws instead of guns. For a film like this, they’re not needed. Lastly, as mentioned before, the acting from Hugh Jackman, Patrick Stewart and Dafne Keen was amazing. Patrick Stewart’s and Hugh Jackman’s final scenes were heartbreaking. Many comic book fans expect an average or messed-up film from Fox, me included. But we were disappointed and are happy about it.