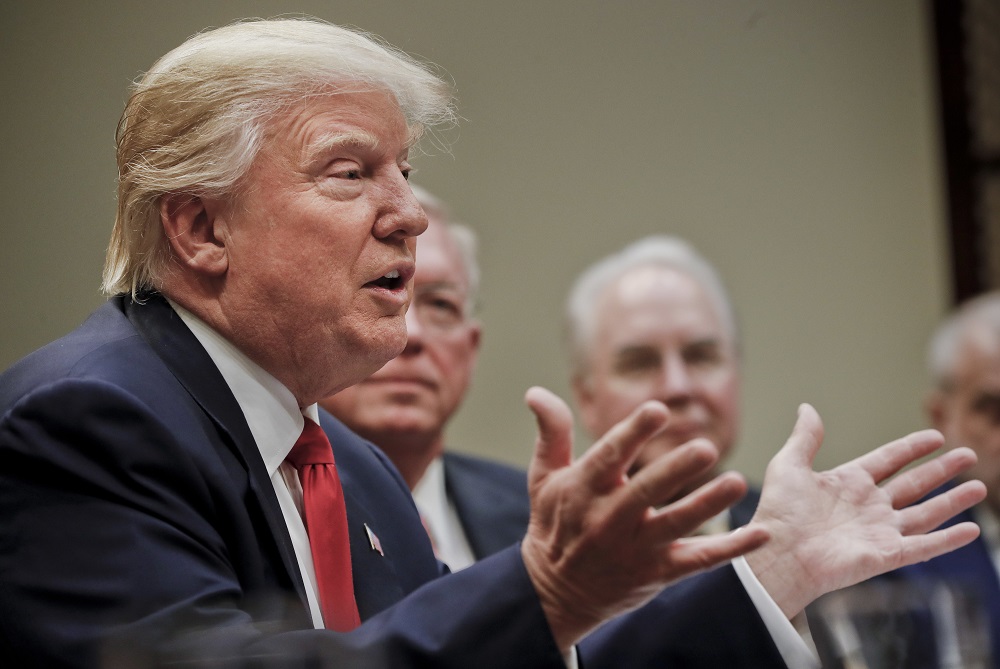 President Donald Trump is now at a point where he has to put in action what his words promised. He campaigned hard that he was the dealmaker and now it’s his time to step up to the plate with the GOP health care bill that’s under fire already.

When you continually say that everyone in Washington D.C. is dumb and makes bad deals and praise yourself for being smart and the master of the deal, you better live up to it. People believed his words as government officials had over promised too many times and voters were just fed up with their empty promises.

A new health-care bill that aims to remove several major tenets of the Affordable Care Act and replace them with more conservative proposals entered the picture and wasn’t so pleasing. The legislation, which two House committees have begun to debate today, is already under fire from conservatives dissatisfied with the expansion of Medicaid remaining in place and from moderates concerned about penalizing people who fall off the insurance rolls. Less than 24 hours after the legislation was first unveiled, some members of the House Freedom Caucus, the GOP’s most conservative wing, were declaring it DOA.

.@RepDaveBrat after HFC meeting on GOP health plan: "I think the current bill as it stands is dead"

GOP Rep. Justin Amash on leadership's healthcare bill: "They have to start over."

This bill can turn into a major headache and reckoning for the Republican party if it actually goes down. Their base would be very angry, but it could also alienate all the independents who voted for change with Trump thinking that he could actually be the outlier to change things.

Trump know that after the disastrous immigration ban, this bill needs to pass whether it’s a bad bill or not. He knows this is his real test now. Sadly, this is how it goes in Washington where bad bills get pushed through hurting Americans all in the name of saving face.

We’ve already seen the lengths Donald Trump will go to look strong and competent. The question is will American be able to survive this.

If Trump can’t make those deals happen, then what is he left with? He is just a guy who says and does things you don’t really like.

To his credit, Trump seems to grasp the stakes here. He huddled with members of the House Republican whip team on Tuesday night. Wednesday afternoon, he gathered conservatives at the White House. Tonight, Trump hosts Sen. Ted Cruz, a 2016 primary challenger and a vocal opponent of the current health-care replacement law, for dinner. (I’d love to be a fly on the wall for THAT one.)

“We are going to have a full-court press,” confirmed White House press secretary Sean Spicer in his daily news briefing Wednesday. “If anyone can get a deal done, it’s Donald Trump.”

Make no mistake: This is a time of proving for Trump. He ran on a unique ability to cut deals. He can’t fail in his first chance to do just that. 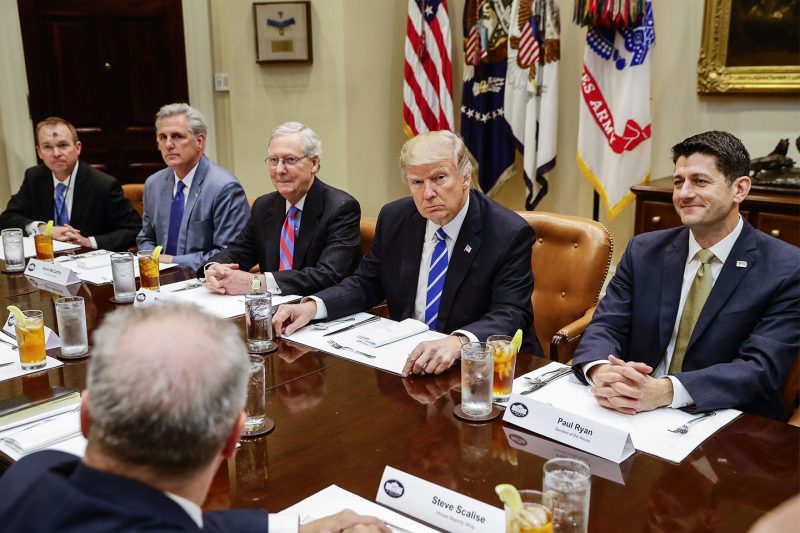 As conservatives revolt over Republican health care legislation, Donald Trump faces a crucial first test of his presidency: Can he translate his bully pulpit and popularity with conservative voters into a legislative win?

For Trump, it is a new arena five rocky weeks into his presidency. Thus far the accomplishments he has notched have been carried out via executive authority or appointments ratified by the Senate, often overshadowed by self-inflicted distraction.

Now the Washington newcomer finds himself in the more complex realm of legislative deal-making, as GOP leaders push forward their long-promised plan to undo former President Barack Obama‘s health care law and replace it with a conservative blueprint that shrinks the federal role and reduces assistance to help voters buy coverage.

With the plan under attack from conservatives as well as medical groups and the AARP on Wednesday, congressional Republican leaders made clear they will rely on Trump to corral restive lawmakers and bring them in line.

“For a lot of them they maybe haven’t felt the inertia that comes with Air Force One landing in their district,” Rep. Greg Walden, R-Ore., chairman of the Energy and Commerce Committee, said Wednesday before his panel met to begin voting on the legislation. “I think when the president of the United States, who campaigned on repeal and replace, says this is the repeal-and-replace bill … I think the dynamic changes.”

Trump has kept an arm’s length from legislative maneuvering on Capitol Hill thus far, sending mixed signals that have led to repeated bouts of confusion about what exactly he supports. Yet with more than 26 million Twitter followers, he can sway GOP lawmakers with a tweet. Before the president was even sworn in, Republicans backed off plans to gut an independent ethics office after he objected over Twitter.

On Tuesday, Republican House members who are part of the GOP vote-counting team met with the president at the White House, with several saying later they were pleasantly surprised by the president’s level of engagement on the health bill. He made clear he is fully behind the plan and willing to engage with individual lawmakers to get them on board. Hours after the meeting wrapped up Trump made good on that commitment with a tweet aimed at Sen. Rand Paul, R-Ky., an outspoken critic of the House health legislation.

“I feel sure that my friend @RandPaul will come along with the new and great health care program because he knows Obamacare is a disaster!” the president wrote.

“He said he’s 100 percent behind it, he’s going to be very engaged, he’s going to dedicate as much time as he can possibly do to it,” said Rep. Markwayne Mullin, R-Okla., who was in Tuesday’s meeting with Trump.

In their early outreach, Trump and Vice President Mike Pence met Wednesday with conservative leaders who have raised objections about the bill. But the activists emerged from the White House with some optimism.

“He heard our concerns, our very serious concerns with the House draft bill,” said Club for Growth President David McIntosh. “I’m encouraged that the president indicated they’re pushing to make changes in the bill.”

Trump also dined with Texas Sen. Ted Cruz, a onetime GOP presidential rival and conservative luminary, his wife, Heidi, and their two daughters. Cruz said it was “principally a social dinner, but I’m sure the conversation will turn to the repeal of Obamacare.” Cruz said he has serious concerns about the House bill as drafted and doesn’t think it could get through the Senate, but hopes to work with the administration to improve it.

Trump’s team is deploying three former House conservatives – Pence, budget chief Mick Mulvaney and Health Secretary Tom Price – to persuade some of the most skeptical members of the GOP caucus, including members of the Republican Study Committee and the Freedom Caucus.

Price, a former Georgia congressman and orthopedic surgeon, was dispatched to the White House briefing room on Tuesday afternoon to make the case for the bill.

Pence met with members of the Freedom Caucus on Tuesday, and hit the airwaves on Wednesday with local television interviews in swing states Michigan, Wisconsin, Ohio, Pennsylvania, North Carolina and Florida.

Rep. Mark Walker of North Carolina, head of the Republican Study Committee, said Wednesday after hearing from Mulvaney that the legislation was moving in the right direction.

And Mulvaney went so far as to invite members of the House Freedom Caucus to join him for a night at the White House bowling lane next week.

Even some holdouts acknowledged that such pressure could make a difference.

“I would be the first to admit that calls from the president will certainly influence members and to suggest otherwise would be to ignore politics,” said Rep. Mark Meadows of North Carolina, chairman of the Freedom Caucus, whose members have been speaking out against the bill. “Whether you fully supported Donald Trump or not, getting a call from President Trump obviously makes a difference.”