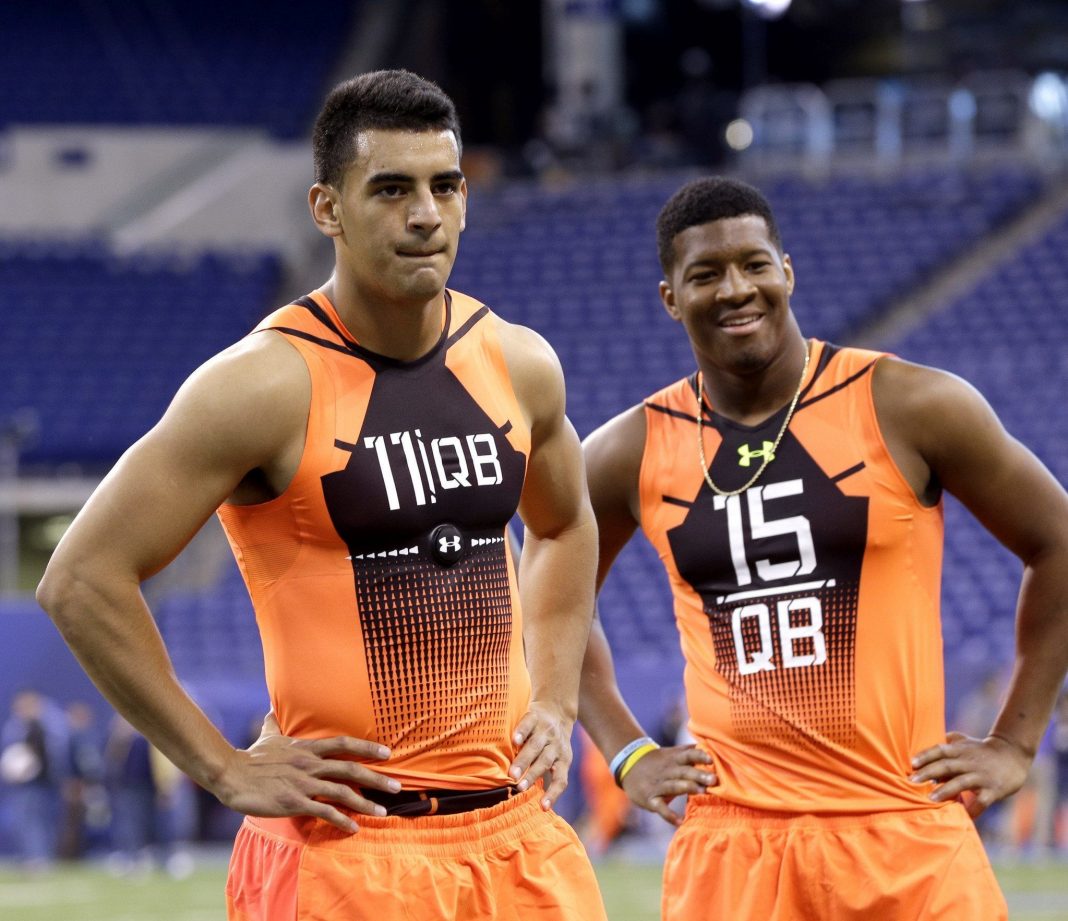 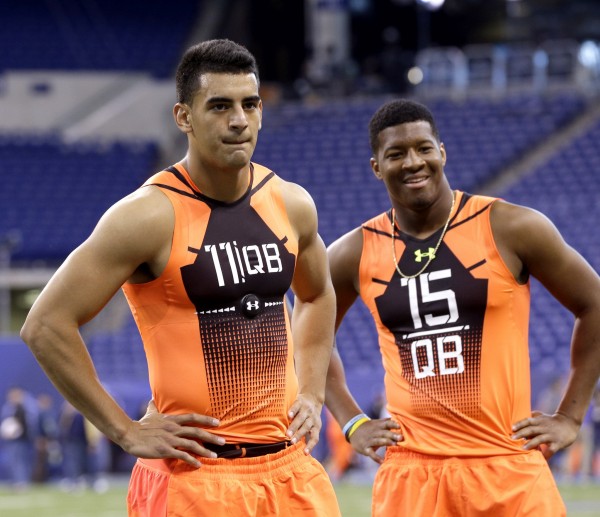 “I thought he had a typical first day,” said Lovie Smith on 1st overall pick Jameis Winston’s first day with the Tampa Bay Buccaneers. “We saw a lot of good things today.”

Sure, Winston is a very talented player, a BCS National Champion, and the 2013 Heisman Trophy winner; but unfortunately the name ‘Jameis Winston’ draws to mind a lot more than his accomplishments on the field. His career has been shrouded in scandal and misbehavior since he arrived at Florida State, with the rape allegation and crab legs incident being the most widely known.

Marcus Mariota had a much different experience at Oregon. The 2014 Heisman winner was seen as a golden boy compared to Winston, which only increased his popularity. It didn’t help him much in the draft though, as he still fell to No. 2 behind his counterpart.

Winston had to deal with a lot, but he made it through; and now he is the new face of the Tampa Bay Buccaneers franchise. Amazing. Apparently head coach Lovie Smith saw something that the rest of America was missing—a young man who, although he has made more than his fair share of mistakes, shows the maturity and leadership that it takes to be a starting quarterback in the NFL.

Since the draft, Mariota has flown somewhat under the radar, at least in comparison to Winston. Maybe Tennessee isn’t the most covered team in the NFL, but either way that’s going to start changing soon as they march towards a Week 1 matchup against each other.

It was probably in part because of Winston’s history off the field, but he was covered pretty heavily during camp—and boy did it help him improve his image.

“Humble. He’s a great leader,” said running back Dominique Brown. “When we first came to the complex, Jameis was outside, greeting all the rookies, himself just a rookie, just telling us ‘Get better. We can’t go 2-14 again.’”

Mariota has been a leader too, of course. I guess people have just grown to expect that from him and so it was never viewed as news.

Well, on the field everything is documented, critiqued, and criticized. So far, they’ve managed to hold their own as rookies.

Week 1 was a bit rough on both guys, as Mariota committed two turnovers which gave the Atlanta Falcons 10 easy points. Winston on the other hand completed less than half of his passes, including one interception against the Minnesota Vikings.

They improved. They bounced back. Not everyone can throw a touchdown on their first NFL pass.

Mariota through two games is now throwing at 75 percent with 153 yards. Not the best stats, but he also isn’t playing the whole games.

Winston right now is sitting on an average 53 percent for 221 yards, one INT, and one fumble which the Bucs recovered. Three sacks don’t help.

The only weird thing about these two is that they haven’t been running much. Winston was always a better pocket passer in my opinion, but Mariota could really open up plays and games with his legs. Moving forward, this will probably be a topic of discussion, especially if Mariota struggles come the regular season. If the Titans are restricting him too much from his play style, they’d be better off seeing what they can get for him from Chip Kelly and the Philadelphia Eagles.

Week 1 should definitely show us a lot, but it is already clear these guys have both come a long way and have a long way to go as pros.