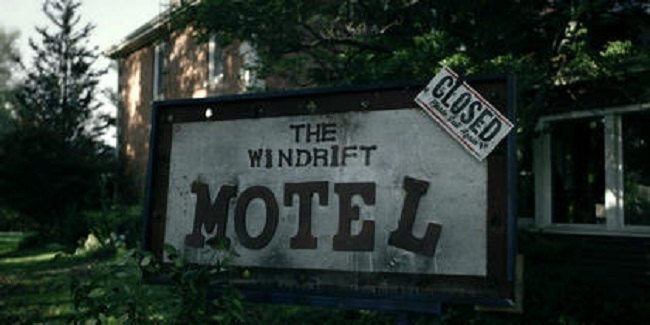 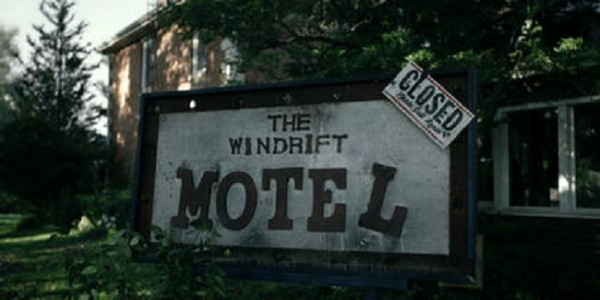 After usually covering the dark and gritty shows like “Game of Thrones” and “True Detective,” I’m going to the dark side with “Paranormal Witness,” a true story show about ghosts and such that I’d never watched before. This week’s episode was entitled “The Motel.” The time period of the story looks to be about the early 2000s or late 1990s.

This tale begins when the Johnson family moved into the estate. One half was an old abandoned motel (called the Windrift Motel). The other half was a house in which the family decided they would live in. Soon after moving in, the family realizes that some renovations need to be done, but with that comes a hard task. See, it was almost like the house was rejecting the new decorations. For example, the wallpaper and paint would start to peel right off the walls. The wife even stated in the shows interview “It’s like it was frozen in time.”

A property that blocks your renovations does not make for a cozy home, and won’t be on a smiley happy Home Depot ad anytime soon.

The family did not think much of the occurrence, but things went downhill as the daughter tells in her interview. She says growing up she didn’t have many friends to play with. So one day she was sitting in her room, just playing with her dolls and says that she “saw someone.” The ghost (oh, by the way, the ghost’s name is Lisa) and the daughter became very good friends. They would always play together and at night the daughter would set up midnight snacks… FOR TWO!

Soon after that, the wife had some strange occurrences herself.  She would hear knocking or banging at the door…. but no one would be there when she went to check. She would tell her husband, but he did not want to hear anything about it. He thought she was just going psycho. The go-to analysis for most married men when the wife has upsetting news. 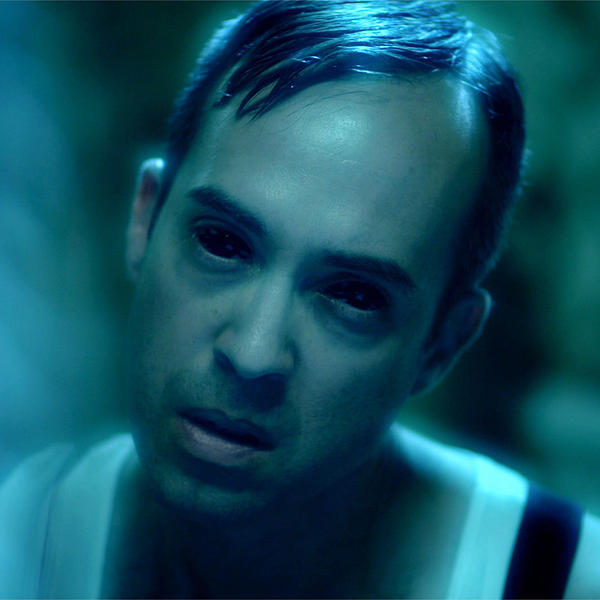 But one night the wife has an awfully strange dream. She dreamt that it was 2:45 AM and that she was being woken up by the footsteps of someone in her house. So she then sees something, follows it to the basement (bad move), and there in front of her stands the figure of a woman. WHAT?! The woman is trying to give her a message, writing “CK” in red paint on the wall.

Later the next day when she awakens, she goes downstairs to the basement to see the same message written in red paint on the wall. Now, that is just creepy all in its own. But that is just the start of it.  One night during bath time, she FINDS THE BODY OF THE BLONDE LADY IN HER DREAM, IN THE TUB WITH HER DAUGHTER! She quickly grabs her daughter out of the tub, rushes her into the bedroom, and says to her “I’m going to drain the water.” When she returns, there’s no body of course. More ammo for her hubby to have her committed if he had the inclination.

What do you do in that situation? Try telling your husband that won’t believe you? Well, that was the only option, but he was still not convinced.

Days pass after this incident and their daughter was asleep but says she has a terrible nightmare. She describes this nightmare as seeing a “dark shadow man” who was evil. She said that he would try to kill her, but she could not scream, she could not run. She could not do anything.  Pretty common dream, so most of us can relate to that powerless feeling.

That very same night, after the wife had put her daughter in bed, she goes into the bathroom to get herself ready for bed. Well, that was NOT about to happen. She steps into her bathroom and looks in the mirror. She said, “It was like I was looking into another time period.” There in the tub she could see the blonde lady from the dream taking a bath, when all of a sudden, her husband comes in. They talk for a minute but soon after, talking leads to fighting.  I guess the husband had had enough of her because he decided to murder his own wife by trying to drown her in the tub. Counseling would have been a better next step.

The daughter hears the noise and comes in, only to be hit by her own dad with a shovel.  The wife is still looking in the mirror only to see the man completely change into the shadow man from her daughter’s dream. Hate it when that happens!

Meanwhile, her actual husband was just getting home from work. He walks up to the door to enter the home, but says that he could hear the footsteps of someone else. He looks around for a minute but right about the time that he turns around… he sees her. He sees the blonde lady and finally believes his wife.

After he basically said that she was not crazy and they needed to figure out what was going on so their family would no longer be hurt, they decided to set up a meeting with a lady that used to work there. She told them the stories of the old motel, how it was “the place to hang out,” but then her tone of voice changed. She said that the motel changed, that people were being killed there. So naturally, the wife asked about the ghost she had seen and the lady responds with “Yes, her name was Caroline Kercy.”

She claimed that Caroline had OD’d on pills and that’s how she drowned. But when Mrs. Johnson said she saw her being murdered by a man, the lady did not seem shocked. She gave all the information she could and they parted ways.

That night, the strangest thing of all happened. The “dark shadow man” showed himself in Mr. Johnson. This demon possessed his body, making him try to kill his own wife, again, while screaming “I CAN KILL YOU, I CAN KILL YOU!” Then I guess by magic or the grace of God, he snapped out of it. She knew that wasn’t her husband trying to harm her. That could not be the nature of her husband. Uh, it happened twice lady!

Guys, don’t try using demonic possession as a defense if you are contemplating whacking your better half.

A few days later Mrs. Johnson and her daughter were shopping at the local market when more freakiness ensued. She ran into the man that killed Caroline. She could recognize him even though he had obviously aged a lot. She confronted him about the incident and he did not deny that he did it. He simply stepped away.

But from then on, they say the house has been fine, that the energy is lighter and they can now enjoy their family time. Me, I would have hopped on the first thing smoking heading away from Windrift Motel.

You can believe what you want about these paranormal stories. Who’s to say what really goes on with these people. Maybe they went temporarily insane. Maybe they are simply liars. Maybe something happened that is just inexplicable. Either way, the witnesses in this series make for entertaining TV.